Some 240 people have signed a petition to ask for action to be taken after two accidents in a matter of days where a new ‘raised concrete island’ has been installed on a Broadstairs road.

Kent County Council says the measures were taken after investigation concluded many of the collisions were caused by the speed of traffic on the stretch.

But at the end of last month a car hit a kerb build out with the driver saying it was not visible. A passenger suffered whiplash injuries. The incident happened just five minutes after another car had driven over the island, knocking the two bollards off. The bollards were laying in the road along with the other car’s number and number plate.

Yesterday (March 2) a motorcyclist returning from work in foggy conditions crashed into the build out and was taken to William Harvey Hospital in Ashford. The rider had hurt his knee but was mainly shaken up by the incident. He is now home and has been advised to rest for a few days.

An ambulance service spokesperson said: “We were called shortly before 9.45pm yesterday to St Peter’s Road, Broadstairs, to reports of a collision involving a motorbike. One ambulance crew attended the scene and the motorcyclist was assessed and treated at the scene for injuries including a leg injury before being taken to William Harvey Hospital in Ashford.” 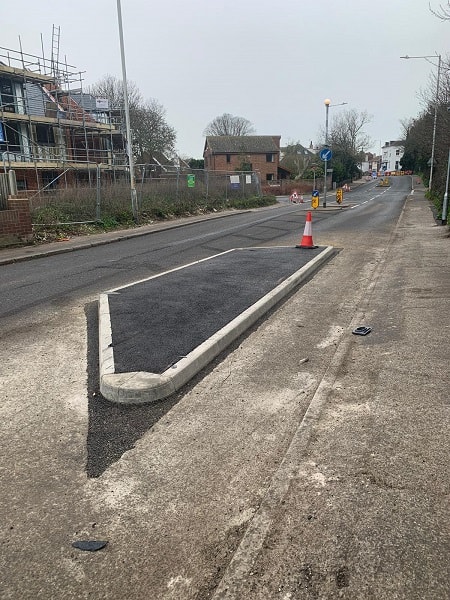 The man was helped by residents, including Chris Joy who has launched the petition. An off-duty nurse and off-duty policeman also helped at the scene and South East Coast Ambulance Service attended.

Some residents say the measures are poorly lit and signed and are asking for this to be addressed. There are also calls for the islands to be removed entirely.

Mr Joy said: “He was laid out on the floor, shook up and injured due to the new traffic calming measures which are basically invisible at night. I’ve put a petition up to get some proper signage and lighting there before another person gets hurt.”

In his petition Mr Joy says: “This has been installed without adequate indication or notification to the local residents and has shown to be a public safety hazard on two occasions a couple of weeks since it has been installed.

“Myself and several other members of public helped the man who had hit the concrete traffic give way zone and flew over his handle bars. From the street, even a few metres away the visibility of this object is very difficult to see especially in the dark and down that badly lit road. I have heard on social media that a car also ripped it front end out because the driver couldn’t see the raised concrete.” 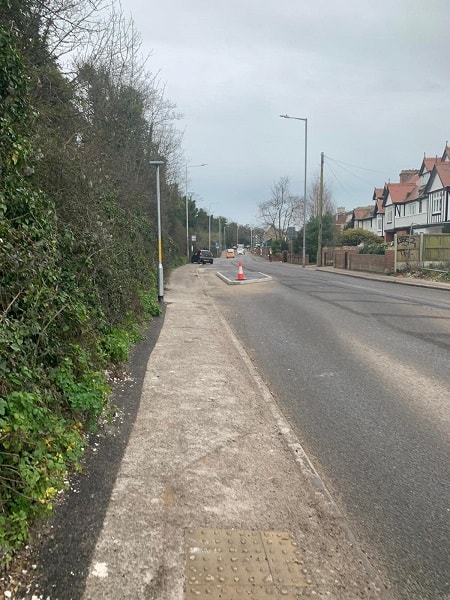 A response from Mr Mackinlay says the MP will take the matter up with the county council. He has also alerted Broadstairs county councillor Ros Binks.

A Kent County Council spokesperson said: “The road already has streetlights and as part of the scheme the lighting in the area was upgraded with new lanterns.

“Reflective bollards are on order and cones have been placed on the islands until the bollards have been delivered and installed.”

Mr Joy disputes this saying adequate lighting may well have  prevented the two accidents. He added: “KCC should have ordered and received the (reflective) materials before installing the raised concrete section.”