Creative designs by children from Ramsgate Arts Primary are being featured on digital billboards in major cities across the UK.

Ocean Outdoors is showing entries from the National Gallery’s Take One Picture schools challenge on sites in London, Birmingham, Manchester, Edinburgh, Glasgow and Aberdeen from March 1 for two weeks.

Entries from the school have already been featured in a virtual exhibition online by the gallery during lockdown – and now one RAPS work called Soundwave Cityscapes has been chosen for the latest initiative.

The inspiration for the art challenge is the evocative painting the Men of the Docks by George Bellows in 1912 that features workers on the docks of New York’s frozen East River, the skyscrapers of Manhattan and a vast ocean liner towering in the background.

It was chosen for the cross-curricular themes and subjects which were explored from cities and 20th-century New York, to immigration, working animals, and the riverfront as a place of work.

For their Soundwave Cityscapes pupils aged nine and ten created sounds to represent the painting such as seagulls screeching, foghorns blaring and horses neighing – it was then they noticed that the sonic waveforms resembled a metropolitan skyline.

The soundwave patterns were then painted using acrylics in black, blue, and white to create backgrounds with the soundwave shapes copied onto laminating pouches and placed on the background inside.

Catherine Spankie, co-ordinator of Take One Picture for the National Gallery, said “This is a wonderful opportunity for us to celebrate the children’s projects, particularly with the gallery being closed.”

In her original letter to the school about the exhibition she added: “My colleagues and I were particularly impressed by the high standard of work submitted, so many congratulations.” 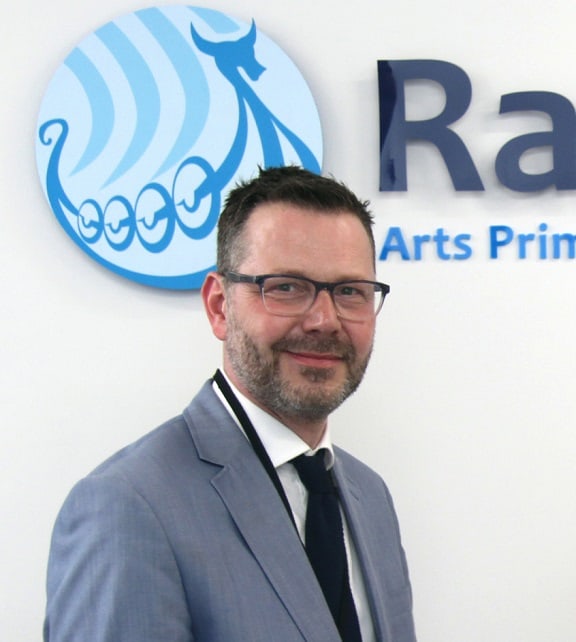 Head of School Nick Budge said: “The Take One Picture challenge has been a fantastic adventure for our children and our arts team. To be chosen from entries around the country for the National Gallery exhibition was a fabulous vindication of the variety of arts we explore at RAPS – and now to be screened on digital billboards in major UK cities is amazing.

“We always encourage our children to think outside the box in all avenues of the creative arts at RAPS – and the Soundwave Cityscapes is certainly a brilliant illustration of that.”

The school’s young creatives are already preparing for the next Take One Picture challenge for schools – The Finding of Moses by Orazio Gentileschi, and their new exhibition should be ready at the end of Term 5.