Hands-on experiments to understand why volcanoes explode are erupting at Upton Junior School in Broadstairs.

Children from Year 4 used chemical reactions to create their own eruptions. They mixed baking soda, water, washing up liquid in and then added vinegar. The soda is an alkali and the vinegar is an acid – when they mixed it released Carbon Dioxide which exploded.

The idea was for pupils to simulate the pyroclastic flow of a volcano –a dense, fast-moving flow of solidified lava pieces, volcanic ash, and hot gases which in nature is extremely hot, burning anything in its path. 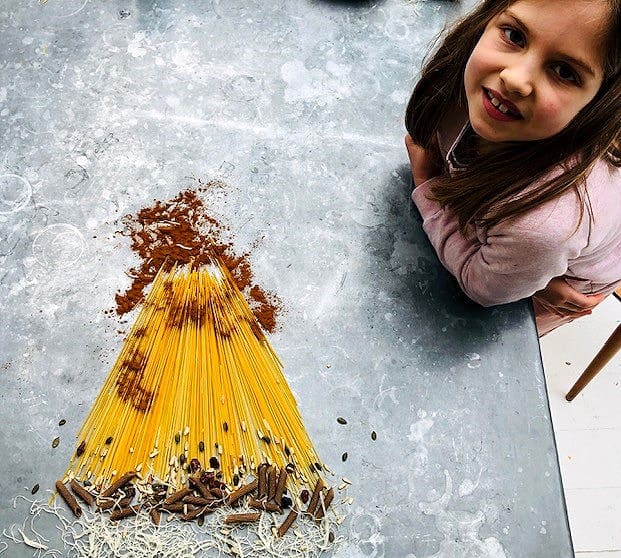 Head of Year 4 Nicola Sedgewick said: “It is an interactive experiment that graphically illustrates for pupils just how a volcano can erupt suddenly.

“As part of the Our Planet topic, the children have learned how our Earth is formed of different layers – the crust, the mantle, the outer and the inner core. 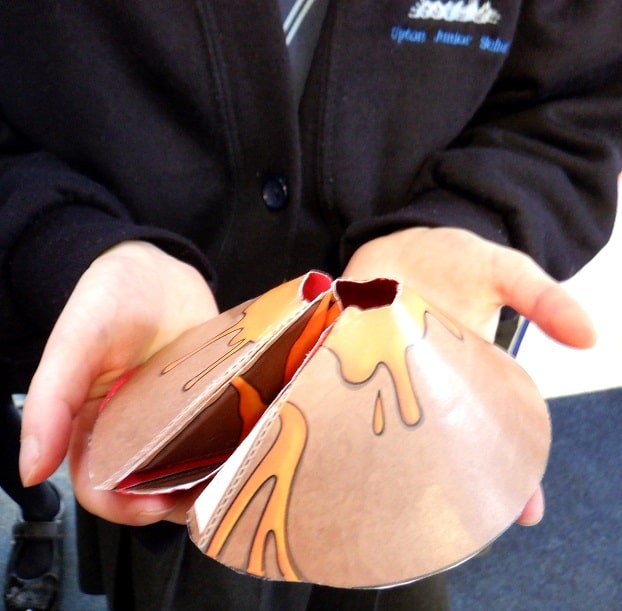 “From here they discovered how volcanoes are formed when the upper mantle mixes and moves, to create pressure underneath the crust. This pressure can sometimes cause the mantle to leak out onto the surface of the earth – this is a volcano.” 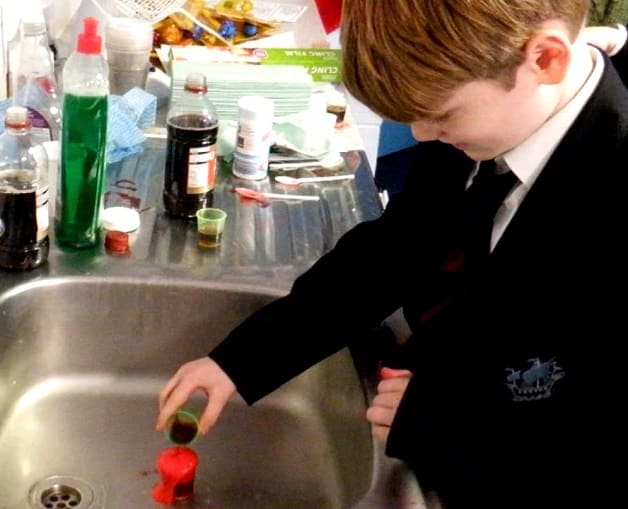 As well as the experiments at school and as part of home learning, pupils also created cross section models to show what goes on inside the volcano. 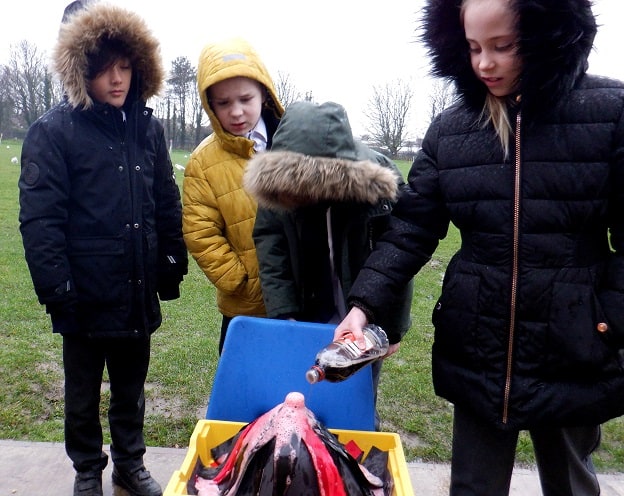 The project work has also included creating earthquake resistant buildings, and it all links to the English text being studied which is ‘I Survived the Eruption of Mount St. Helens’ by Lauren Tarshis. 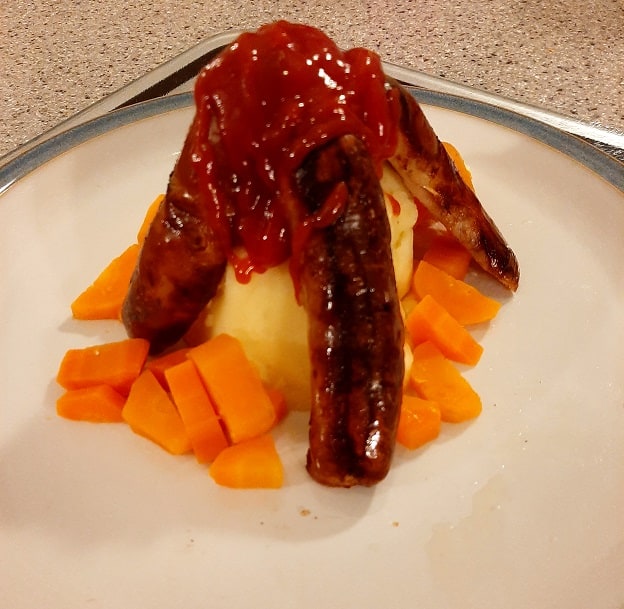 And a tasty part of their learning was to create their own breakfast or lunch with a volcano shape and theme, resulting in a range of interesting and tasty treats, using a range of food from Rice Krispies and raspberries to sausage and mash, pizza and spaghetti.

Head of School Darci Arthur said: “Bringing learning to life through experiments and fun ideas such as the volcano food is a great way to reinforce topic – and with the food idea, a very tasty way too.”