Two popular Thanet pubs will not be reopening their doors with the current landlords when businesses begin to resume this Spring, due to the impact of covid restrictions over the past year.

The Brit Inn, run by Paul and Edna Rollins, and The Northern Belle, run by Ray and Sharon Summers, have both been hit by the consequences of enforced closure for some nine months out of the last 12.

Paul, who has run the Fort Hill boozer for almost six years, had already considered closure prior to the pandemic due to crippling business rates. However, he and Edna then adapted the business by teaming up with chef Gary-Paul Derriman, of Ministry of Pies, to reopen with a smaller bar area, a restaurant and events space.

But just weeks later the country was forced into its first national lockdown as covid began to spread.

Now Paul, who has been in the pub trade for some 20 years and is President of the Licenced Victuallers Association Thanet Branch, says despite help from government covid grants the financial outlay has just been to great for him to continue.

He said: “Staying is not viable. The grants have not covered the overheads.

“We only worked three months last year and won’t be able to work properly until at least mid to late summer.

“Our landlords have been ok and only been taking half rent, but utilities are £1,500 a month and repairs and maintenance have to be done.

“I think the owners may have new plans, We tried our best but to be honest lots of pubs throughout the country were failing before.

“The Britannia needs a new beginning, I’m not the right one for the job.”

Just a short way down the hill from The Brit is the town’s oldest ale house, the Northern Belle.

Sharon and Ray have been at the helm of the Northern Belle since July 2015. Before that the couple ran the Bellevue in Cliftonville and prior to that the Ruby Lounge.

But the covid restrictions and complications from building works opposite have all taken their toll over the past year.

The Shepherd Neame pub had become a centre for Mod and Ska music events and numerous fundraisers and even created the now-destroyed Mansion Street wall mural featuring life-sized figures of landlord Ray  and several regular patrons at the Northern Belle.

Sharon said the pair have not yet decided what they will do next although it is not likely to involve another pub and Ray may retire. They will be staying at the premises until Shepherd Neame makes other arrangements.

She said: “We’ve decided that due to the horrendous year we’ve all suffered, from a business point of view, it’s impossible for us to carry on.

“We’ve met some wonderful people in one of Margate’s little treasures, ‘The Northern Belle’, We hope we can still meet up at times (when we’re allowed) to enjoy a light ale on the other side of the bar.

“This is the end of an era and it is very sad but  it’s impossible for us to carry on.“

Under the government roadmap for listing restrictions pubs will be able to provide an outdoor service – applying the rule of six/household groups – from April 12 and resume indoor service with social distancing from May 17 (covid situation dependent) but the industry has suffered hugely under national and local tier restrictions. 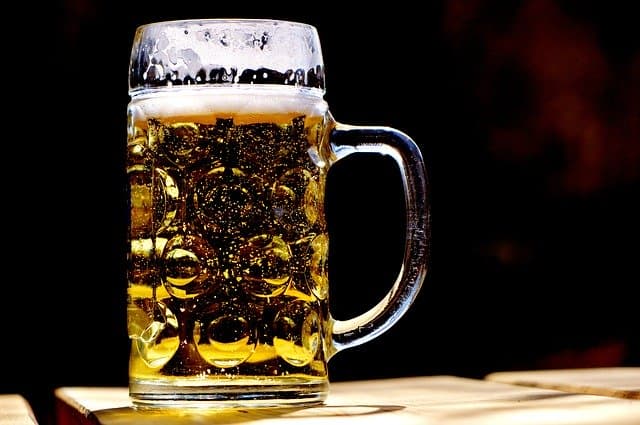 The British Beer & Pub Association (BBPA), the leading trade association representing brewers and pubs, said the industry has been devastated by the restrictions.

Earlier this month GDP figures published for 2020 by the Office of National Statistics, showed the UK economy has contracted by 9.9%.

According to ONS, food and beverage services – which includes pubs – dropped by 48%. Alcohol drink manufacturing, which includes breweries, fell by 33.9%.

The figures announced by the ONS followed 2020 sales data published by the BBPA, which showed beer sales in pubs dropped by 56% in 2020 – a fall of £7.8 billion.

A British Beer & Pub Association spokesperson said: “The GDP figures are yet another indicator of the devastation our pubs and breweries across the UK have faced through Coronavirus, lockdowns and severe restrictions.

“After nearly a year of being forced to close, or open but under severe restrictions, the numbers will come as no surprise to publicans across the country for whom the real, material impact of these numbers are being felt.

“Things cannot continue as they are. Local pubs and breweries have been burning through cash and building up debt for months, communities across the UK are fast running out of hope that their local is going to survive.”

The BBPA estimates some 29,000 pubs – 60% of all pubs in the UK – will still remain closed despite outdoor service being permitted at pubs from April.

The trade association says this is because the majority of pubs in the UK do not have a big enough garden or outdoor space to re-open and serve customers without opening indoors too.

The BBPA says pubs should be allowed to re-open fully, outside and inside, when non-essential retail also opens – currently earmarked for April 12.