The Proud To Be Asda Award.celebrate the fantastic work all Asda colleagues have put in throughout the pandemic.

Bob was voted for by Asda colleagues from a shortlist of 10 which had been whittled down from thousands of nominations.

Bob was nominated for the way he always puts others first, whether it’s customers at the store or his support for the Ramsgate food bank and families who are struggling financially due to the pandemic.

His many acts of kindness include buying much-needed food supplies for the Salvation Army in the town, providing Christmas dinner for two families and paying for plant seeds for an elderly lady who was shielding and could not get to the store. 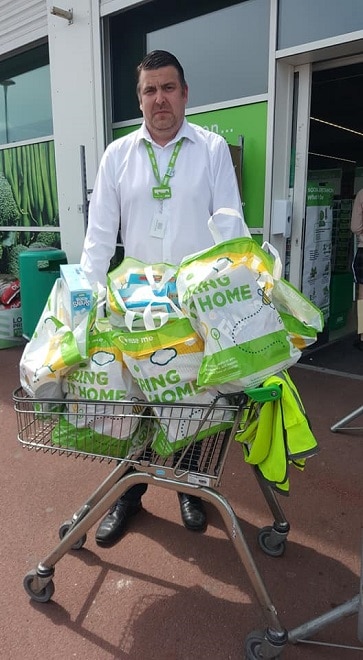 As well as being named Colleagues’ Colleague of the Year, dad-of-two Bob was  named Supermarket Colleague Hero of the Year in the category rounds. He also recently received a British Citizen’s Award Medal for his work in the community.

Bob, 48, was at Asda Ramsgate store when it opened in 2012 before moving to other branches and returning five years ago. He has worked for Asda for 14 years.

He said: “The last year has been horrible for everybody. My wife Kati and myself are both lucky. We are both working, but many other people are not that lucky.

“With many people out there who are worse off than me I wanted to do something to help. I know the Mayor of Ramsgate, Raushan Ara, and I said to her I’d like to do something – so I bought food for the local food bank.

“I haven’t done any of this for any awards, it’s just the way I am, my personality – I’ve always wanted to help others. When I was told I’d won the award it was like, ‘wow’. It’s been mind-blowing really. At the end of the day we have all been heroes.” 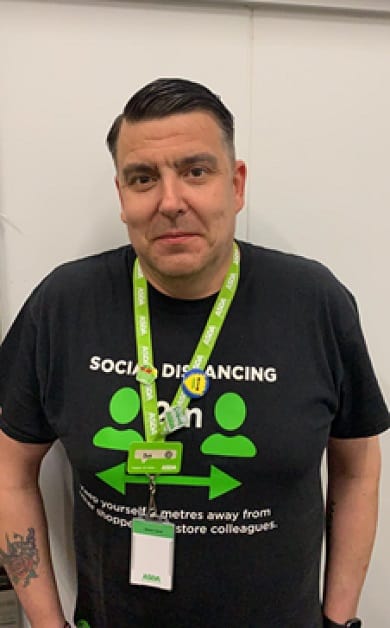 He added: “I’m truly humbled by the award and I will be donating £100 towards cats in crisis for food and also Ramsgate Salvation Army for the food bank.”

Asda Ramsgate Store manager  Kevin Martin, who nominated Bob for the award, said: “Bob really has a heart of gold. He’s such a warm-hearted person who is loved both by colleagues and customers here in Ramsgate.

“What he has done to help others is absolutely brilliant. He is from the town and so well known in the community. We are a very family-orientated store here and Bob is always there to offer advice to customers have any queries and concerns.

“If any of our colleagues here need to talk to someone, Bob is always willing to lend an ear too. He’s such a cracking guy.”

Roger Burnley, Asda CEO & President added “In a difficult year, Bob has reflected the spirit and dedication of the whole Asda team, who in the face of a global pandemic have gone above and beyond to look after customers, our communities and each other.”