A caring Birchington teenager saved the life of an elderly woman who had been lying on the floor of her home unnoticed for three days.

Robert Purt, 18, was on his regular paper round for McColl’s when he spotted post and the previous day’s paper had not been picked up by the resident on his Westgate route.

The former Charles Dickens student, who has carried out his round for four years and also works in the Birchington shop, said he became concerned and decided a welfare check was needed.

He said: “I noticed that one of the houses I deliver to had not picked up their paper from the day before and there was what looked like some post on the floor still as well.

“I had a feeling something was wrong; I contacted my colleague on duty I had a concern as I knew it was an older lady who lived there on her own, I felt a welfare check would be a good idea, so my colleague called 101 to get the police to do this check, while I carried on with my round.

“I had a call from the shop to let me know the police had done a check and the lady was ok. The police had been in contact to give the shop an update and to say thank you for what I had done.

“It was not until a few days later when a post was put up on Facebook from a member of the family trying to find out who the paper person was which my mum was tagged in, she replied and said it was her son.

“This is when we found out the lady had spent three days stuck on a wooden floor in the cold weather we had. My mum was informed that she was doing well in hospital and would be getting help with physio to help her be mobile again.

“It was great to find out the lady was doing ok and was getting the help she needed, I am simply happy she will be with family again very soon, as there is so much heart ache in the world and loss.” 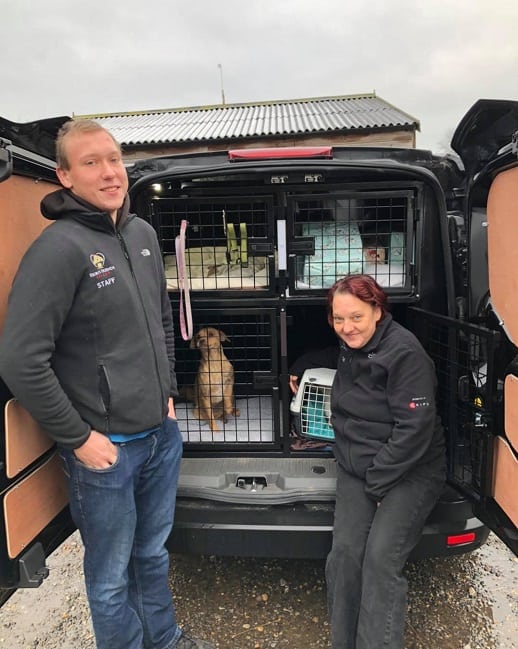 Robert also volunteers for Flori’s Friends Rescue and helps mum Sam, who he cares for due to her suffering with Fibromyalgia, with her foster dogs.

The big-hearted teen, who says he loves spending time with his family and currently keeps in touch with his brothers online, is modest about his actions but hopes it will encourage others to keep an eye on vulnerable neighbours.

He said: “I just want to make others aware that keeping an eye out for the small things that do not look right could mean something else is going on and to seek help.

“Sometimes a paper boy or girl is one of the few people a person on their own may see or hear outside daily. It’s not something I had thought of until now and realise how important that is.

“My family have made me think a lot after this and what we all can do moving forward. Small things do matter and can be life changing for anyone. I really did not think what I had done was a big thing, it was natural for me to ask for the check to be done.

“ I totally understand for the family it was big deal as they could have lost that family member and it would be a different story.  I know my family and friends are enormously
proud of me and that means a lot to me as well.

“I would like to say a big thank you to the family for the card they sent me through my workplace, it really was touching to hear from them and I am just so pleased she is getting better.  I am thinking of her and hope to see her again on my rounds when she is home.”

Robert says he would like to continue working his way up at McColl’s and also loves working with animals and helping rehabilitate them at the Flori’s rescue and by fostering at home.

Mum Sam said: “I am so proud of my son. He is a caring young man, not just of humans but animals too. He volunteers for a rescue and helps me with disabled foster dogs.

“He didn’t realise what a big deal it was to do what he did, he just felt someone should check as he was worried knowing the lady who lived there was alone.”