Minster’s JP the pigeon now has a mate following a lonely-hearts appeal.

JP (Junior Pigeon) is a permanent resident at private stables in Minster owned by resident Katie Leverett after he was rescued and hand-reared by the animal-loving 33-year-old.

Katie made an appeal in The Isle of Thanet News to find JP some company after a search high and low was fruitless.

The security worker said at the time that JP was “incredibly lonely.”

Katie, who runs Celsia Stud in Minster where she keeps her two competition horses and rescues small animals, first took in JP after a local bird netter found him alive when they were destroying nests at Sainsbury’s at Westwood. He wanted the baby to survive.

Katie took JP in and reared him in her home before moving him to the stables to prepare for a gentle release.

But JP didn’t want to be released and now won’t leave Katie’s side. often sitting on her shoulder while she is working.

Following the appeal a small rehab in Whitstable got in touch to say their pigeon Penelope could be the answer. 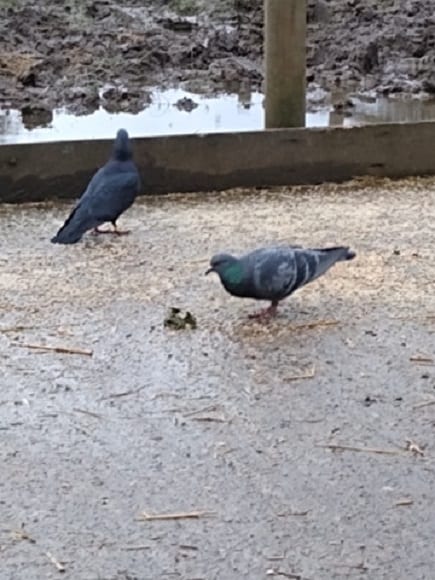 Penelope had been hand reared after being kicked out of her nest. She has been at Katie’s for nearly three weeks but had to undergo a quarantine.

But things have not gone quite to plan for the lovebirds.

Katie said: “She is head over heels in love with JP but he’s not that interested! They do hang out together although she gets a little jealous and confused when he sits on my shoulder!”