A lonely hearts appeal is being made – on behalf of a pigeon.

JP (Junior Pigeon) is a permanent resident at private stables in Minster owned by resident Katie Leverett after he was rescued and hand-reared by the animal-loving 33-year-old.

But now, Katie says JP is in a flap because he needs some company and a search high and low has come up empty-handed.

Katie, who also works in security, said: “In the first lockdown I hand reared a rescued pigeon. He’s now become a permanent resident at my private sanctuary and I’m in desperate need of a female companion for him. 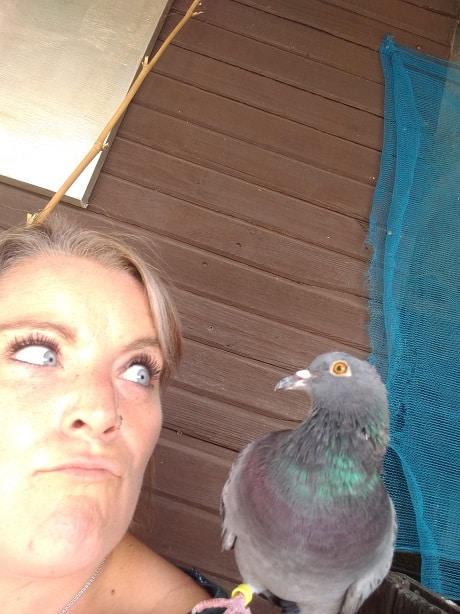 “He’s incredibly lonely. I have searched high and low and have had no luck. He’s somewhat of a celebrity pigeon in Minster and everyone loves him. He just needs a female companion to live with.”

She said: I have mostly unwanted pets that people have either dumped or given up, a pig and cats and several ex-battery chickens. But I also rescue and rehabilitate wildlife with the help of my vet. 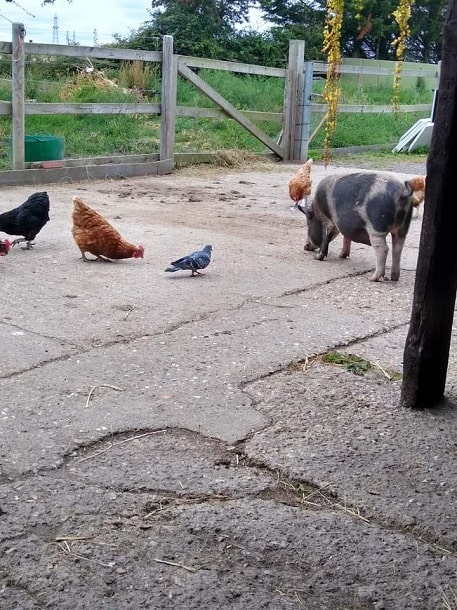 “In the first lockdown we were contacted by a local bird netter who found JP alive when they were destroying nests at Sainsbury’s at Westwood. He had a heart and wanted the baby to survive. So I took JP in.

“He lived in my living room as a baby and then moved into the stables for a gentle release… He has since been fully released and won’t leave my side. often sitting on my shoulder while I do all my jobs

“He’s known in the village for being a bit of a rogue, often flying onto people when they walk past the stud. 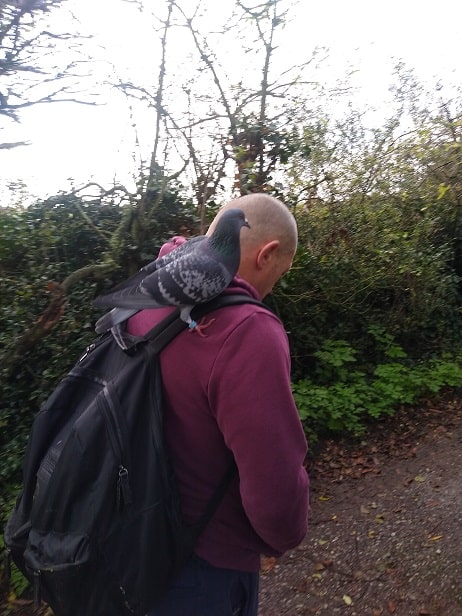 “He sometimes follows me home at lunchtime . He’s now pretty mature and the vet thinks he needs a mate.

“He hasn’t taken a fancy to any wild birds. With the current bird flu situation I’m happy to wait or quarantine for the right bird. And happy to pay too.” 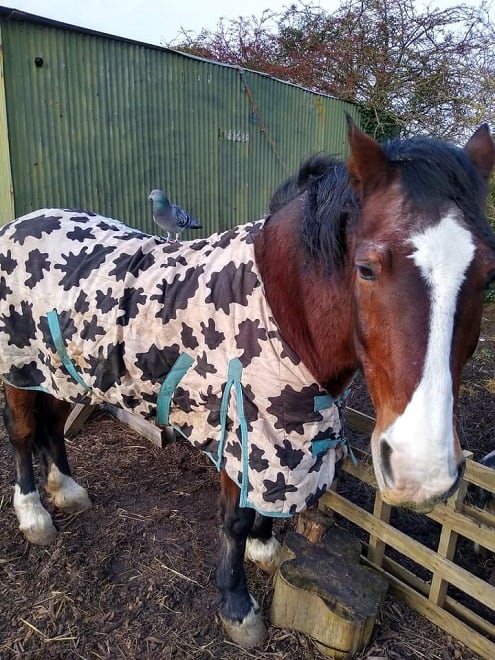 JP likes to sleep in the barn with the chickens and often takes a seat on Katie’s horses.

If you have a lady pigeon who might like to feather a nest with JP drop Katie an email at katie.lev8@gmail.com