A Thanet nurse whose father spent weeks in intensive care with coronavirus has set up a Facebook group to share survival stories and bring hope to others.

Zoe Montellano, who works in the emergency department at the Queen Elizabeth The Queen Mother Hospital in Margate, was inspired to set up the page after her dad Manuel, known as Mannie, fell ill.

The 73 year old former mental health nurse also worked at the hospital, as a healthcare assistant, as did Zoe’s mum Josefina, a maternity care assistant.

Zoe, who lives in Ramsgate, said: “We were all ill at some point in March and April last year, and while my mum and I were not badly affected, my dad’s condition deteriorated and he spent 46 days in hospital.

“At the time it was difficult to find any good news about Covid and even now there is so much about the death rate wherever you look.

“I want the group to give people hope; to triumph the under-reported, positive, side of Covid-19 – the stories like my dad’s where people go home to their families and to their lives.

“I don’t want anyone to go through what we have gone through and people need to know how serious the virus is, but they also need to know that it’s possible to recover.”

When Mannie first became unwell, the family were not worried as he suffers from frequent chest infections.

But when Josefina checked his oxygen levels she found they were only around 90 per cent – in a healthy adult they should be above 96 per cent.

Zoe said: “He didn’t want to go to hospital but I persuaded him to be checked out. He drove himself there, he really didn’t seem that poorly, but that was the last time my mum saw him for 46 days.”

Mannie was initially taken to Sandwich Bay but staff soon realised he needed to be put on a ventilator, and he was moved to intensive care.

Zoe was given the news when she took a change of clothes to the ward.

She said: “I saw the nurse who was looking after him outside the ward and I just knew it was bad. I didn’t know if it was going to be terrible news or the worst news. 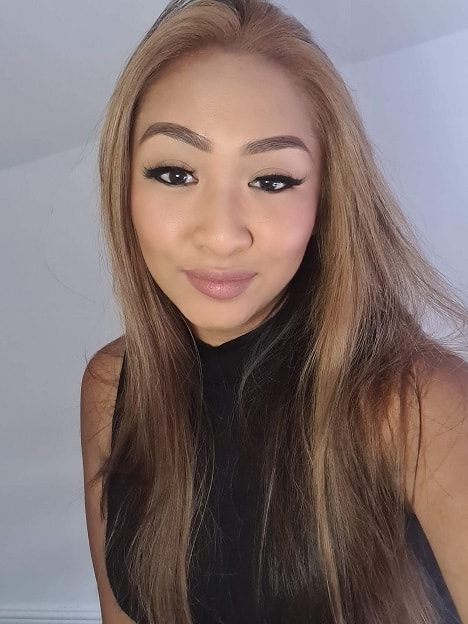 “I had done a placement in intensive care so I knew he would have the best care, but it was so hard.

“On the third day they said there was a slim chance of him recovering, and from then we were just getting through each day, hoping he was stable.”

Zoe and her mum had to isolate in their respective homes, so could only provide virtual comfort to each other, but she praised the teams in intensive care – as well as her colleagues in the emergency department, Mannie’s colleagues from Bishopstone Ward and Josefina’s in maternity – for their kindness and support.

She said: “My dad has always been the joker, and my mum and I are worriers. It was hard to get through it without him.

“When he was discharged from the intensive care unit it was a fantastic day. My colleagues were there to applaud him.

“The light in the darkness throughout this all has been my colleagues. Everyone supports each other, and if it wasn’t for them I don’t know what I would have done.”

Zoe will shortly start a new role working in ITU, and although she is looking forward to the challenge she is apprehensive about the emotional toll of being reminded how ill her dad was.

She said: “It is going to be a battle for me. In the emergency department it has been hard when I see patients struggling to breathe. When I experienced my first Covid-related cardiac arrest as a qualified nurse it was so emotional.

“I remember getting so upset because it could have been my dad. He says now it wasn’t his time, that he didn’t want to die in the hospital.

“The experience has given me a new outlook on life, and I am grateful for everything now and just wishing for good health for everyone.

“I am so conscious every patient is someone’s loved one, so I make sure I take the time to reassure them and to keep their families informed, because I know what it’s like to be waiting for news.

“But everyone involved was so kind to us all and I will never be able to thank them for everything they did.”

Find the group at https://www.facebook.com/groups/fightingcovid