Acclaimed dub poet Benjamin Zephaniah is inspiring children to get creative with their writing skills at Upton Juniors in Broadstairs.

Year 3 boys and girls have studied his works, created fact files about his life, and listened to and read other poems by performance poets such as Brian Moses and Michael Rosen.

The pupils studied and discussed rhyming patterns and writing poetry for a purpose and were then set a challenge to create their own works titled ‘I Wish I Was….’

Their works included Noah’s wish to be a footballer. Here is one verse. 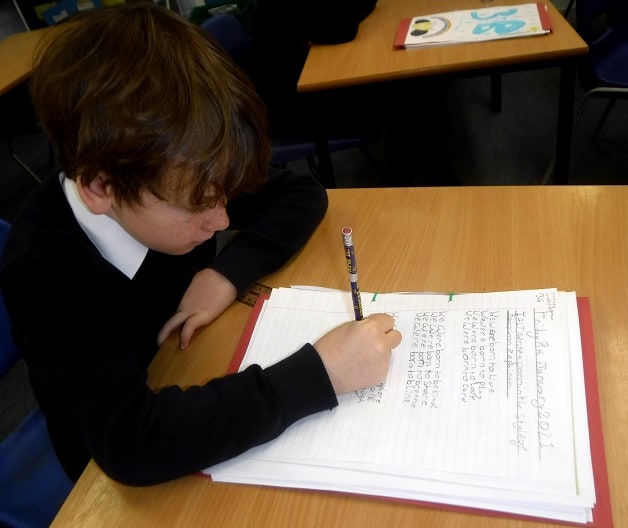 Here is a sample of Hope’s dub poem: “We were born to love our planet, We were born to take care of Thanet, I don’t know if it’s the same for you, but this is what I was born to do.”

Meanwhile Iris created these poetic thoughts: “We were born to be different and that is ok, We’re all different, even me. No need to blend in, be free, And be happy the way you are. “

Some pupils also decided to film themselves reading their poems aloud both as audio and video files.

Head of Year 3 Fran Pellett said: “Benjamin is an interesting character who has covered so much ground in the arts in recent decades and his output is interesting, diverse and challenging.

“Our year group studied him as author of the term before Christmas and are now using their knowledge of his life and his distinctive style to inspire their writing.” 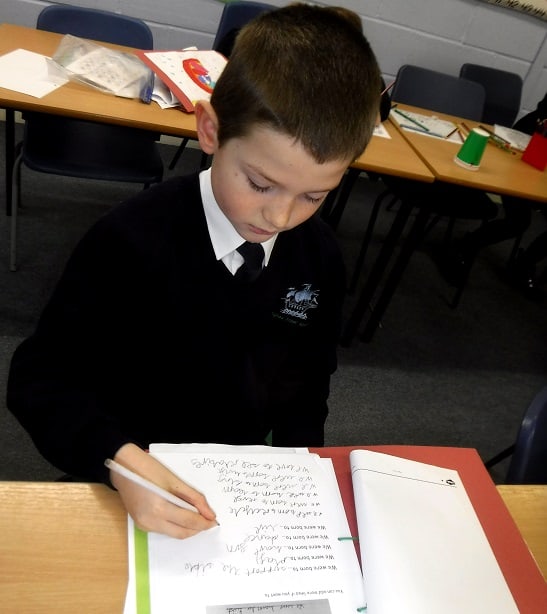 Head of School Darci Arthur enjoyed the poetry produced and added: “It was very interesting to see how they adapted what they have learned.

“This type of creative writing is important because it encourages our boys and girls to explore different styles of literacy and it embodies research as well.”

Benjamin is also an author, musician and campaigner who says he was driven by his “mission to take poetry everywhere.” He says he “hated the dead image that academia and the establishment had given poetry” and proclaimed that he was out to popularise poetry by reaching people who did not read books. Those that were keen on books could now witness them coming to life on the stage.

Young writers have said that the accessibility of his work has inspired them to take up writing, record sleeves bear witness to the fact that he has inspired many of the new generation of rappers, and of all the performance poets that emerged in the late seventies and early eighties he is one of the few that is still going strong.

He has sixteen honorary doctorates and the Eailing Hospital in west London has named a wing after him in recognition of his work. Zephaniah believes that working with human rights groups, animal rights groups and other political organisations means that he will never lack subject matter.