Tributes have been paid to retired Thanet businessman, David Hills, who sadly passed away on  January 8 at Pilgrim’s Hospice, Margate, aged 76 years, after a short illness.

David was known to many from his time spent as a director in the family shop S W Hills & Sons Ltd, a department store which was based in George Street, Ramsgate.

The business was established by David’s grandfather in 1912 and David worked there alongside his father, Gilbert, brother Robin, cousins Philip, Tony and Michael and their father Neville.  Before joining the family business, David learnt his retail trade at Simpsons of Piccadilly.

Hills shop closed in February 2003 and the site, opposite Cavendish Street, was rebuilt as new apartments. 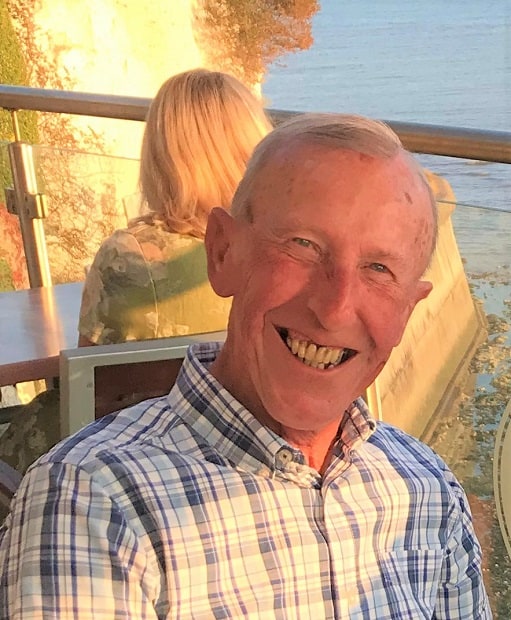 David was a keen golfer and was a founder member of Stonelees Golf Club as well as an active member of St Augustine’s.  David had been Chair of Ramsgate Round Table and 41 Club and the members from that era still met together every month with their spouses for a meal and speaker organised by David up until early 2020.

David is survived by his wife, Maggie, three children from his first marriage, stepson and grandchildren.

David will be remembered for his affable manner, sense of humour and generosity to many local causes, including Pilgrims Hospice.

The family have set up a fundraising page in his memory and invite anyone who knew David to contribute to Pilgrims Hospice: https://davidhills.muchloved.com

A small private family funeral will be held due to the current restrictions, but it is hoped a celebration of David’s life can be shared with his wider family, many friends and acquaintances later in the year.