A promotional film created by the Friends of Cliftonville Coastline facebook group is urging dog walkers to make sure their pets do not disturb migrating birds on the Thanet coastline.

The group say the main aim of the film is education, with the hope it will be shared and encourage people to stop allowing their dogs to chase birds.

It gained more than 5,000 views in the first few days online.

A group spokesperson said: “Migrating birds rest and feed on our beaches during winter, but they are easily disturbed by dogs and humans. Numbers are plummeting. When they are constantly put to flight they are unable to gain the body fat to survive harsh winter weather and migration. Our birds are suffering the devastating effects of increased numbers of people and dogs enjoying our coastline during lockdown.

“We are asking people to please keep your dog under control or on a leash when birds are roosting.  This is the dog walker’s code in Thanet, but time and again it is ignored.”

The group is also hoping to see the Bird Wise East Kent scheme, which launched in December 2019, be ‘more active, particularly in enforcement.’

Members have asked for details on how the scheme is being operated, how people are being engaged, how it is monitored and how it is funded.

The spokesperson added: “Thanet council could be leading the way in this matter. It’s a nationwide problem and they have a huge amount of funding channelled into precisely this issue but we believe birds are not being protected adequately.

“We need people on the ground, it shouldn’t be concerned locals wagging their fingers at aggressive dog owners.” 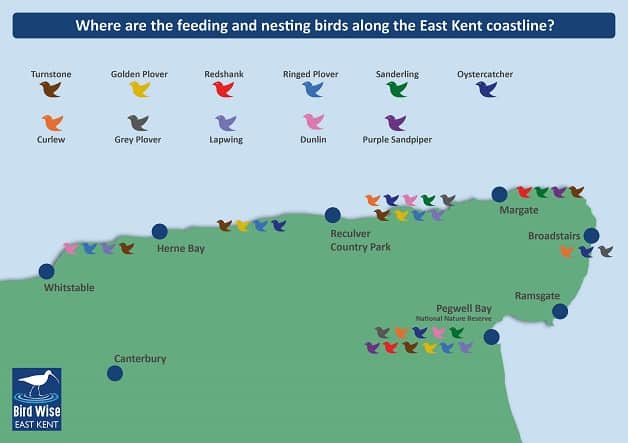 Bird Wise East Kent is a partnership between Canterbury and Thanet councils, working with local conservation organisations, with aims including raising awareness of the importance of protecting the birds on our coast and steps people can take to help.

However, face to face activities had to be shelved when pandemic restrictions began, with a move to promoting campaigns online.

A Thanet council spokesperson said on behalf of the Bird Wise East Kent partnership: “Each year, migrating birds flock to the east Kent coastline from areas as far away as the Arctic circle. As a result, the Thanet coast and Sandwich Bay, as well as the Thames, Medway and Swale Estuaries, are designated as Special Protection Areas (SPA), which means local authorities have a duty to safeguard their habitats.

“Bird Wise East Kent, is a strategic partnership between Canterbury City and Thanet District Councils, with the active involvement of Natural England, working with local conservation organisations to help mitigate disturbance to birds that spend the winter in east Kent.

“Formed in December 2019, the organisation’s Management Plan which provides a framework for all activities was published in January 2020. It sets out an ambitious programme led by education and engagement with area users however, these plans have been severely disrupted by COVID-19. 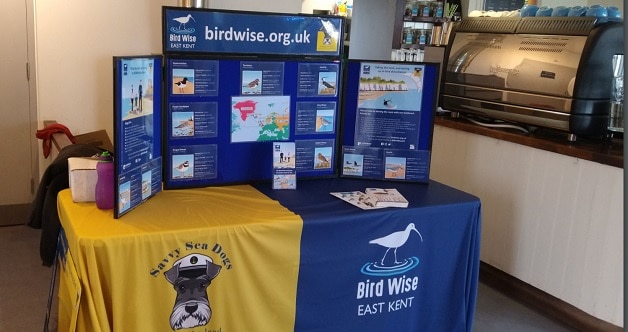 “Proposals for the project’s first year included the ‘Wising up to bird disturbance’ campaign which launched in January 2020 to raise awareness of the importance of protecting migrating birds and to highlight how people can help. Prior to COVID-19, proposed activity included visits to schools to run talks and activity sessions, holding events and coastal walks, providing free dog training, promoting the Savvy Sea Dogs Club and sharing tips and updates on the @BirdWiseEK social media pages.

“Social media has been an essential way to share information and keep people informed as has the new website: eastkent.birdwise.org.uk/

“In light of COVID-19, the school visits programme has been postponed however lessons have been held online instead. When the guidance has allowed it, officers have been out on the coast meeting with the public, in a COVID-safe manner.

“Monitoring of disturbance and bird numbers has also continued when appropriate and safe to do so. 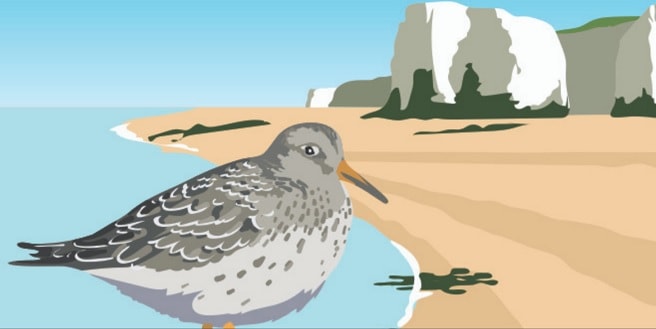 “There is further work planned in 2021 with brand new, eye-catching signage planned for key locations throughout the SPA including Long Rock, Reculver, Minnis Bay, and Pegwell Bay. The signs will feature advice on how to reduce disturbance to the wintering birds from recreational activities such as dog walking and kite surfing. The aim is to raise awareness of the SPA and the presence of wintering birds.

“These areas have always been popular with residents and visitors however, the various coronavirus restrictions have meant even more people exploring the open spaces found close to home. One of the ongoing challenges is disturbance by dogs – we urge all dog walkers to put their pets on a lead when there are feeding birds or at high tide.

“Despite the limitations of the past year, we’re delighted with the public response to date and would urge anyone who is interested or uses this part of the coast to either follow @BirdWiseEK or sign up to the regular newsletter via the website.”

The report for 2020 says alongside its social media pages there has also been distribution of 2,500 leaflets in libraries, veterinary surgeries, community centres, cafes and pet shops in Thanet and Canterbury. Leaflets have also been handed out at ‘pit stop’ events.

The signs, with information for dog walkers, will be installed at points along the coast from Herne Bay, Reculver and Minnis Bay. Discussion is also taking place about signs for Pegwell Bay.

Between January and March lectures were given to nine Year 2 classes in Margate and two degree programmes at Hadlow College as well as a further two Zoom sessions for degree students.

A survey of 23 sections of coast between Pegwell Bay and Whitstable was carried out in January and February last year by Sandwich Bay Bird Observatory Trust members on behalf of the bird wise project.

It is hoped the Savvy Sea Dogs project training sessions for pet owners can launch this year.

Two engagement officers are also to be employed from September. This was planned to happen last year but was put back due to covid.

The project is funded by Section 106 payments from developers, based on a sliding scale tariff up until 2031.

Developer contributions received  were just under £250,000 with the vast majority gained via Canterbury council.

This year plans are to spend money on off-lead areas (£15,764), access modifications (£5,500), and turnstone refuges (£500).  There will also be staffing costs for the two engagement officers who will join project manager Michael Lee, bringing the staffing budget to £60,000.