A woman has been disqualified from keeping all animals for 10 years after she left her terrier untreated and ‘crawling with fleas’.

Jacqueline Blackmore, of Mere Gate, Margate, was sentenced on Thursday (January 14) at Folkestone Magistrates’ Court to a three-year conditional discharge. She was ordered to pay £400 in costs and disqualified from keeping any animals for 10 years.

She had previously pleaded guilty to one offence of causing unnecessary suffering to her Jack Russell terrier, Sammy, under Section 4 of the Animal Welfare Act. 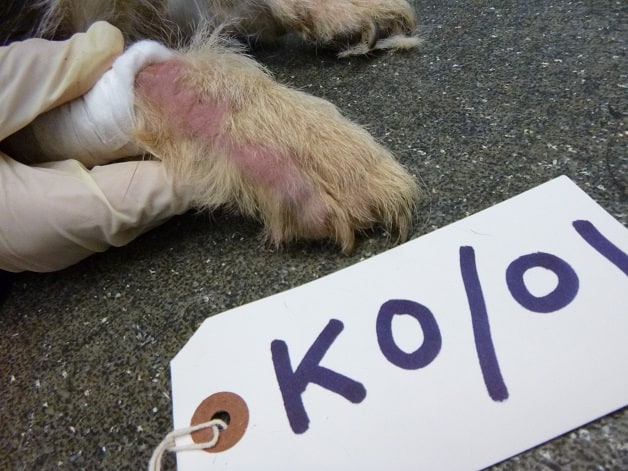 RSPCA inspector Kirsten Ormerod, who led the investigation, said: “On 17 October my colleague was taken in to see Sammy who was being kept outside. He was in a poor condition, was covered in urine stains, had overgrown nails and was clearly suffering from an untreated flea infestation. She issued a warning notice to get Sammy seen by a vet.

“When she followed up the following week she established that Sammy had not been to see a vet and that Ms Blackmore’s other dog Poppy had, sadly, been put to sleep due to having tumours.

“The RSPCA visited again at the beginning of November and found Sammy shut in a small crate in the living room. He had no water or bedding. Officers decided to take Sammy to a vet and Ms Blackmore reluctantly agreed.

“Poor Sammy was absolutely crawling with fleas. They were all over his back and he was almost completely bald across his rear end and had chewed his legs red raw. He was visibly uncomfortable and kept scratching and shaking. His skin was red and inflamed and smelt of urine.” 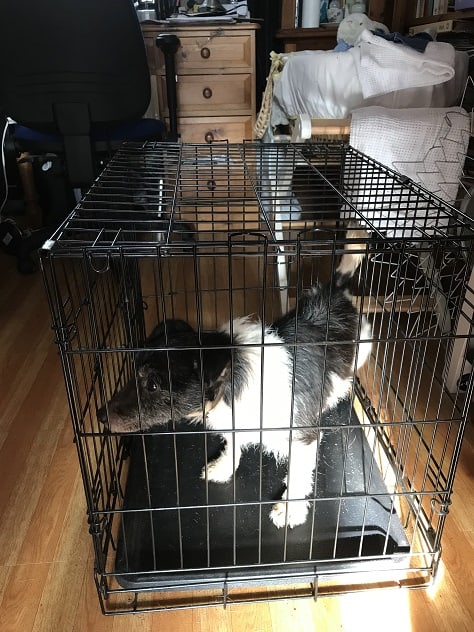 Vets found 420 live fleas crawling through his fur. He was treated by staff and remained in RSPCA care while officers investigated.

Following the sentencing Inspector Ormerod said: “We understand that people’s circumstances can sometimes make it difficult to care for their pets but as owners it is our responsibility to ensure that they are free from pain and discomfort and, in this case, she had clearly failed poor Sammy.”

After just a month of treatment, Sammy returned to the vets and his skin was much improved. He then moved to an RSPCA centre and was rehomed.

“Sammy is getting on really brilliantly in his new home and is loving life,” Inspector Ormerod added. “It’s wonderful to see the transformation he’s made and know he’s now got his happy ending!”