A former Ramsgate resident who has moved to London to pursue a music and fashion brand career has launched a scheme to help people in need of basic groceries.

Joshua Walker, 26, and pal Zachary Hayles-Lee have been making up food parcels and donating small cash amounts to help people struggling during the pandemic.

Dad-of-one Joshua, who is running the scheme under his rap artist name of S Grabz, says he was prompted to help after thinking about his own past troubles.

He said: “I thought to myself ‘I need to help those who need it the most.’  I have gone through many struggles in my life where I have not been able to eat or have a roof over my head and as a father to a beautiful young girl, I couldn’t sit there and see others with kids go without. 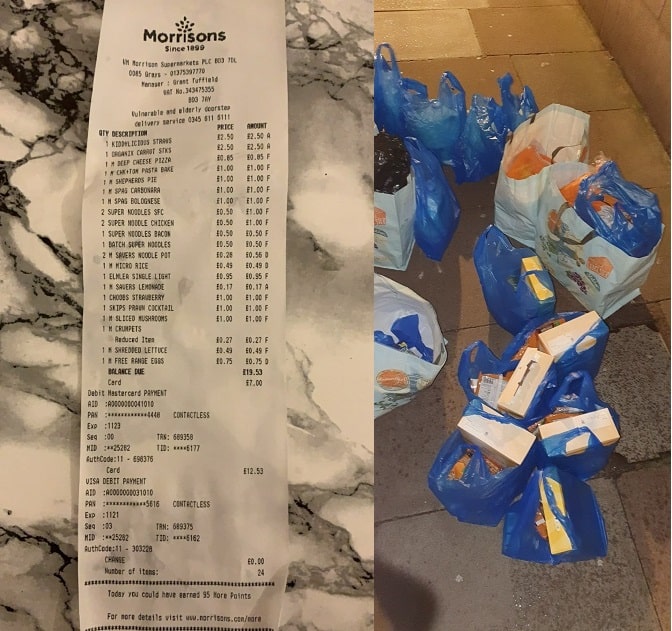 “I feel it’s my duty of care to step in and give a helping hand. I started off with £100 of my own money and since have had donations handed to me by other people which has seen over £200 in donations.

“We have been able to feed 16 families with more pending. Me and Zachary have been going up and down delivering food parcels to those in need as well as doing bank transfers of £10£ and £6.50s  to various families that have been a bit too far to reach, I had worked out what they could get with that amount of money and sent them over the list of items with people sending me the receipts in return.”

Joshua, who still has family in Thanet, and Bywaters employee Zachary are splitting the donations between families in London and in Kent.

The pair are also now on a mission to help those on the streets and have already handed out coats and blankets that had been donated by Kent residents.