A devastated husband is calling for answers after his wife died in QEQM Hospital on Christmas Eve following a positive test for covid which the family believe she caught while on the ward.

Alan Barker, 64, says he has complained to the hospital trust about pressure placed on the family over applying a do not attempt resuscitation (DNAR) decision, lengthy waits for pain relief and, he says, a lack of systems to reduce covid transmission inside the wards. He says he will  raise the issues when an inquest into Lorraine’s death is held.

Mum-of-two Lorraine was just 52 when she died. She had been battling health problems associated with having Crohn’s -an inflammatory bowel disease – and was due for an operation at King’s College to remove part of her liver due to a tumour.

Lorraine, who ran an exhibition stand production business with Alan, had been in QEQM between October and November before being discharged with the referral to King’s for a liver biopsy.

A decision was made to carry out a liver resection operation at Kings in December.

But Lorraine fell and was unable to get up on November 28 and eventually ended up back in QEQM as an inpatient.

Alan says this was when he believes she contracted covid after being moved from a ‘secure’ area on one ward to an open section on another. A week later a positive covid result was confirmed.

Alan, who lodged a request for post mortem in his bid to get answers, said: “About now Lorraine should be recovering from liver resection surgery at Kings College Hospital instead of dying from the effects of catching Covid-19 just days after transferring from a secure “bubble” in one ward to an open section of another.

“I and the family also wish to have details to back up the claims by  doctors attending her suggesting she was dying and no more could be done for her, ruling out ITU provision and making the automatic imposition of a statement of DNR specifically against a notice in writing having been submitted by myself.

“The decision was made due to her co-morbidities (existing health conditions) and problems with infection but despite my letter they refused to take it off. Instead I was bombarded with meetings about it and some of what was said was horrific. I was told CPR would be like them jumping up and down on my wife until her sternum broke.”

Alan, who first met Lorraine in 2000 when her children Tom and Emily – who both live with autism – were three and five, says there were also issues with pain relief being ‘on request’ rather than scheduled which sometimes resulted in waits of up to five hours before medication was received.

He also says he believes a simple screening of beds on the open sections of wards could have helped reduce transmission of covid, particularly when people are on general wards directly after admission.

He said: “There are so many ways that people could have been protected, even by creating ‘bubbles’ around the beds by keeping screens closed.” 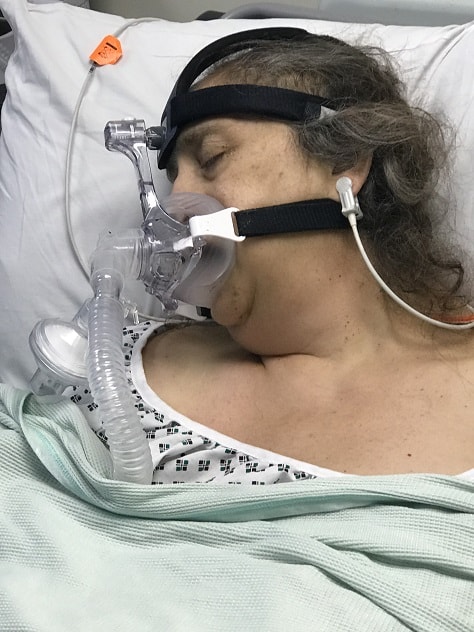 Alan was with his wife when she died and says in the run up there had been issues with getting Lorraine in the right position to accept input from the CPap (breathing) machine, problems getting a response to requests for help and an insensitive “parking of a replacement bed ready to bring into use once Lorraine had passed away.”

Alan says the death of his “wonderful best friend and partner” has left him and her family devastated.

He says he promised Lorraine he would always care for Tom and Emily and is currently trying to help them through their loss, setting Emily a project to find photos of the many times spent on the couple’s much-loved Disney holidays.

He added: “Lorraine and myself had been completely inseparable since meeting in 2000. We lived together and worked together since 2006 when we took over Premier. My mother in law described us as two peas in a pod.

“We instinctively knew what each other was thinking. A smile could say a thousand words, a holding of a hand brought a smile and a whispered “I Love You”.

“She had been through so much pain, having had 25 lots of surgery, 20 of those  n the years we have been together. Despite all that she had said yes to her surgery planned for Kings to resection her liver without hesitation. 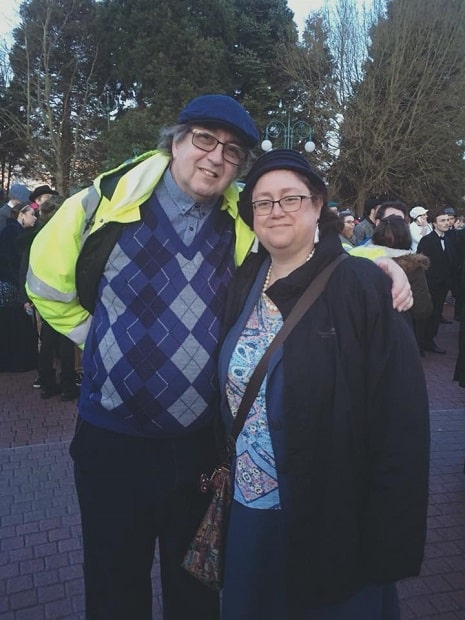 “She was the strongest person I have ever met. There can never be another person so kind, willing to put other people first, she even advised fellow patients in QEQM during her first stay how to claim PIP and other support systems for those with similar medical issues. Many of those people have sent their condolences.

“That is how my wonderful best friend and partner was. Her life has been cut short by Covid-19 and issues at QEQM.

“It is hard but I am hoping we will get answers and better ways of handling covid infection controls in hospitals put in place.”

A spokesperson for East Kent Hospitals said: “Our thoughts are with Mr Barker and his family after the death of his wife.

“While our staff had regular meetings with Mr Barker to discuss and agree his wife’s care in line with his wishes, we are sorry he has concerns about her treatment and would welcome the opportunity to discuss these with him directly.”

Use of do not attempt to resuscitate process

A court judgement in 2014 over the process of DNAR use in hospitals in relation to cardiopulmonary resuscitation found in summary, a duty; that staff must consult patients in relation to DNACPR decisions, unless the clinician believes that the distress that will be caused by the discussion will harm the patient.

In the circumstances when staff avoid the consultation because they believe that harm will be caused, they must document their reasons for this belief. If the patient lacks capacity, they must take reasonable steps to involve the patient’s family in the discussions that lead to a decision as to whether or not it is appropriate to attempt cardiopulmonary resuscitation.

An East Kent Hospitals’ document says: “When someone is coming to the end of their life as a result of an advanced, irreversible illness, and the heart and breathing stop as part of the natural process of dying, CPR will not prevent their death.

“If CPR does restart the heart and breathing in these circumstances it can leave a dying person with more distress or worse health in the last hours or days of their life. For others, receiving CPR would deprive them of dignity during the very last moments of their life.

“A decision not to attempt CPR is often called a ‘Do Not Attempt CPR’ or ‘DNACPR’ decision. Many healthcare teams will try to discuss with individual people their wishes about CPR and to record when CPR would still be wanted, as well as when it is not wanted or would not work.”

In 2015 the Trust admitted breaching the Human Rights of a 51-year-old disabled man after two Do not Attempt Cardiopulmonary Resuscitation (DNACPR) orders were placed on his medical records in 2011, giving his disability, ‘Down’s Syndrome’ as one of the reasons for its imposition, without the knowledge of his family. The man died in 2015 due to health matters unrelated to the DNACPR.

Patients being treated for covid at East Kent Hospitals

As of January 5 there were 460 beds occupied by patients with covid in East Kent Hospitals Trust’s general sites at Margate, Ashford and Canterbury. Of those patients, 26 were on mechanical ventilation.

The Trust has recorded 936 deaths of patients who have died in  its hospitals and have tested positive for COVID-19 since the beginning of the pandemic.