Kent County Council says it does not have any statutory powers to order schools to close.

The Government announced earlier this week that the majority of secondary school pupils will learn remotely for an additional week after the current school holidays, returning to the classroom on Monday, January 18 instead of Monday, January 11 as planned.

Pupils in Years 11 and 13 will return to school on Monday, January 11 and will be provided with remote learning as soon as possible.

Primary school pupils in Thanet, Canterbury, Dover and Folkestone and Hythe are expected to return on Monday, January 4 while the other districts in Kent will learn remotely for the first two weeks of term with arrangements being reviewed on Monday, January 18.

Questions have been raised over why some primary schools in Kent will only open to vulnerable children and pupils whose parents are key workers while other areas must open the doors to all youngsters from January 4.

On December 30 Education Secretary Gavin Williamson said a ‘small number of areas where infection rates are highest’ will only open schools for vulnerable children and those whose parents are critical workers until review on January 18.

Thanet primary schools were not listed for continued closure despite being in Tier 4 and having a higher covid rate per 100,000 than Tunbridge Wells where school opening has been delayed.

‘We urge the deferral of primary school opening’

In the letter KCC says: “Kent County Council has sought to support schools in remaining open, initially to key workers and vulnerable children, and more generally since September.

“We recognise and share the strong arguments about the damaging impact of learning loss and social isolation on children from not being in school, as well as the impact on families.

“It is therefore with considerable regret that we urge that the deferral of primary school opening that government has already decided for much of the county be applied to the remaining four districts – Thanet, Canterbury, Dover and Folkestone and Hythe – where primary schools are currently scheduled to reopen on Monday.

“We have, in discussion with our Director of Public Health, reviewed current and recent data on infection rates and it is very hard to justify the differential treatment of these particular districts at this time.

“It is true that some have shown some decline recently, but rates remain very high and in many cases were under strong upward pressure very recently. Kent as a whole now has a fairly even spread of high levels of infection.

“We are also very aware of the severe pressures on the NHS in Kent, including the three acute hospitals within the East Kent Hospitals University Foundation Trust (EKHUFT) that serve the four Districts in question.

“It is possible but far from certain that these pressures are close to a near-term peak but, with a system that has been under severe pressure for many weeks there is an urgent need to ensure that infections and hospital admissions are eased.

“We have had a number of representations made to us by head teachers in the county, and in the affected areas, a number of whom have, we know, also contacted their Members of Parliament. With growing and conflicting pressures on their staff, we know that many heads now face an exceptionally difficult situation.

“We note further the Department’s decision regarding primary school reopening in London; we appreciate the logic of this decision, but believe that in the light of this, it makes sense to apply the same approach to Kent, which remains a high infection Tier 4 area.” 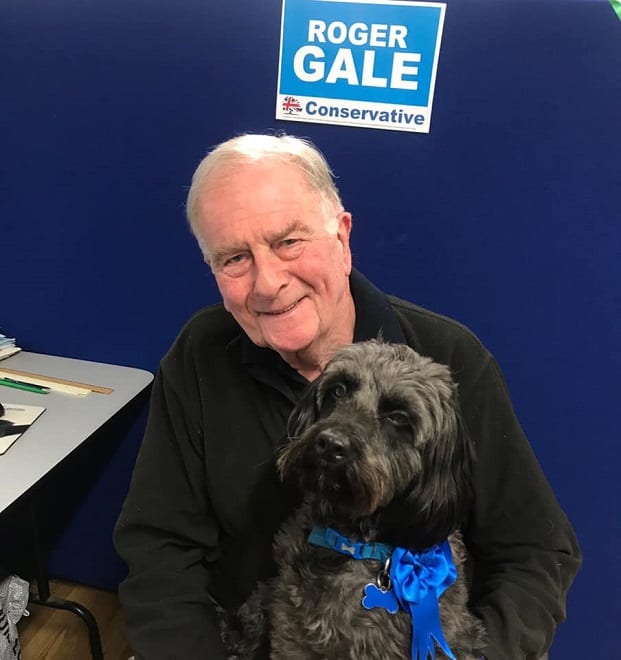 North Thanet MP Sir Roger Gale has backed the county council, saying: “Notwithstanding the Prime Minister’s view, expressed on TV this morning, that “schools are safe” I hold to the opinion that in tier 4 areas of infection a further post-Christmas breathing space for evaluation is needed before primary schools in East Kent re-open.

“The decision taken before the spread of the new strain of Coronavirus was premature and even at this late stage must be re-assessed. I entirely endorse the view expressed by Kent County Council in their letter to the Secretary of State.”

Prime Minister Boris Johnson told the BBC this morning that “schools are safe” in areas where they are due to open but then also warned tighter covid restrictions could be put in place in the coming weeks. He also said he would not speculate on what the tougher measures would be but, like March, they could include school closures.

County Councillor Karen Constantine, who is one of the representatives for Ramsgate, said: “Having written several times over recent days to share the deeply held concerns of more than 80 Thanet parents and teachers who have contacted me. I welcome KCC leader Roger Gough’s intervention with the Secretary of Education Gavin Williamson.

“There is no doubt that Thanet schools, staff, parents and pupils have been placed in an extremely difficult position, made much worse by the on-going unnecessary confusion. I suspect many parents and carers will show their disdain for Gavin Williamson’s plans by not sending their children to school, should they reopen tomorrow. The majority of parents that have contacted me have indicated they will protect their children at home.

“As we have exceeded capacity in our hospital, it is paramount to protect our NHS and staff. We need to take all steps we can to stop the transmission of Covid. Young people are seven times more likely to transmit the infection, many Thanet households include a vulnerable people.

“We need a “firebreak” to dampen transmission. We need clear guidance for everyone, including our young people who also need extra support. Far too many young people in Thanet are held back by poverty, which existed before Covid and will exist after. Time now to also reconsider postponing exams. I hope KCC continue to step up for all young people in Kent.”

Yesterday (January 2) the National Education Union told all its members that is believes it is unsafe for them to return to schools.

It is understood that “preliminary steps in legal proceedings against the Department for Education” have also been taken by other teaching unions.

The NEU has written to all employers and all head teachers and principals giving the same advice and asking them to make preparations for a move to remote learning instead.

An online meeting held by the NEU this morning attracted some 400,000 viewers.

Across the border Brighton and Hove Council has advised all primary schools in its area to remain shut until January 18.