Hauliers stationed at a private lorry park in Sandwich are set for a bleak Christmas as they remain stranded and hesitant to join the ever-growing queue of drivers awaiting covid testing at Manston airport and on the M20.

There are around 200 vehicles at the Sandwich Bypass park which contains two toilets and is not built to take drivers for more than a day or so. Some drivers have spent nearly four days sleeping in their cabs and say the facilities are now becoming untenable with huge potholes filling with water due to rain.

The mainly Polish drivers have driven as far as Ireland and Halifax and were looking forward to seeing their families – some for the first time in weeks. They are now preparing to spend Christmas Eve in their vehicles which is especially devastating as it is  he most important day of the season for Polish Catholics. 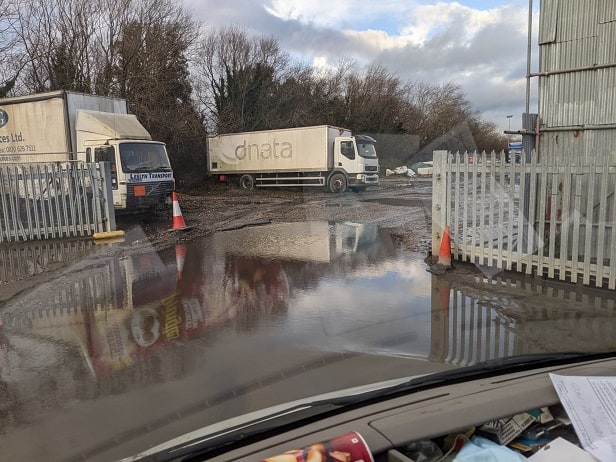 Marek Kudlinski says he has been parked for two days and had taken a last minute job to Thanet before travelling back to Poznan. He said: “This will be the first time I have missed Christmas with my family. I’m going to video call my wife tomorrow when they sit down for dinner. I have only been in this job for three months and can’t believe it.”

The father of two teenagers feels abandoned and completely cut off with no clue as to when and how they can return home. As his family enjoys a traditional 12-course meal called Wigili, Marek and others will watch on their mobiles from their lorry cabs with takeaway food their only sustenance.

Marek, who delivers insulation material and furniture, says his employer is footing the £12 a day bill to stay at the site. 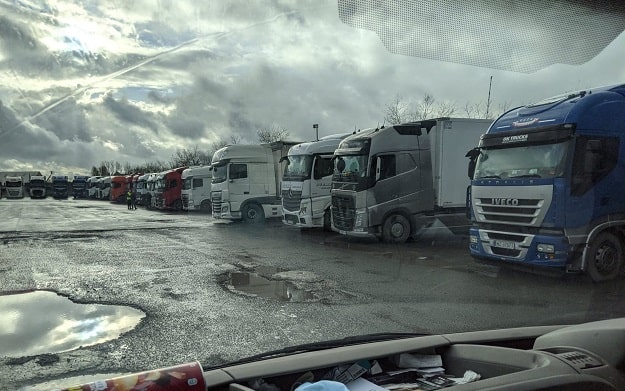 Tired, hungry and despondent the hauliers explained the difficulties in obtaining information regarding testing  at Manston.  “We have spoken to police and sent one driver to take a look around to out find as much as possible. There is no-one here to tell us anything and while there is not much here (facilities), we don’t know whether to risk leaving for a worse situation,” they said.

Despite their desperate plight they have been buoyed by the kindness of strangers with one Ramsgate family delivering shopping parcels which allowed them to cook a meals at their cab in an attempt to raise their spirits.

Following crunch talks with the British Government, France lifted the travel ban and the Port of Dover reopened at midnight for freight drivers and EU nationals. But entry is contingent on a negative lateral flow Covid test 72 hours before travel. Currently the specified  test which identifies a new virulent and highly contagious strain of Covid is only available at Manston where there are some 3,800 HGVS parked or to those already queued on the M20. 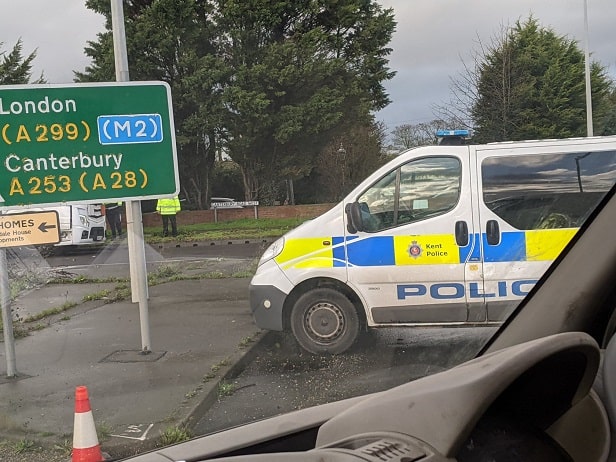 A spokesman for the Department for Transport confirmed they would not comment on a private site and said the official advice remains for drivers to join the queue at Operation Brock. The contra-flow traffic system was put in place to alleviate congestion following the closures of the Eurotunnel and Port of Dover.

They have not said how long the wait is likely to be amid chaos in Dover as drivers were first directed to Manston for testing, which is now at capacity, and then told to join the Operation Brock queue.

“We continue to urge hauliers not to travel to Kent until further notice as we work to alleviate congestion at ports. Testing has started.”