Last night, I found myself walking around the neighbourhood whilst carrying a toddler, looking at the various displays of Christmas lights, and thinking about nachos. This is not something I have done before.

The toddler loved it, obviously, and kept pointing at the lights and saying “Pretty!”—at least, I think that’s the word; it could also be “Petty!” but that doesn’t seem to fit quite as well.

Spending a cold, dark evening ogling local festive lightbulbs was not my idea, though it was worth it to see the joy on the toddler’s face. It was my wife’s plan, and is something of a family tradition for her: the last weekend before the big day should include a lights tour. This is the way, apparently.

This will be my second Christmas as a parent, and the forthcoming festivities have got me mulling over family traditions. One of the joys of starting a family is the opportunity to create new traditions, and so that is the plan for this year in our home.

For me, as a child growing up, there were no odd or quirky household-specific festive traditions beyond the usual. We had a turkey dinner, pulled crackers, and ate cake and pudding, but to my memory it was all very ordinary. Decorations went up early December and came down a month later. On Christmas morning there were presents to open. That was about it.

The traditions I have now are ones I married into—my in-laws have a few festive customs that we all celebrate, along with the lights tour. For example, on Christmas Day we usually all meet up for a breakfast. It is not a large family—there are only six adults, me included—but with the every-present threat of COVID-19 and the new Tier 4 restrictions, this year that tradition will be a little different. 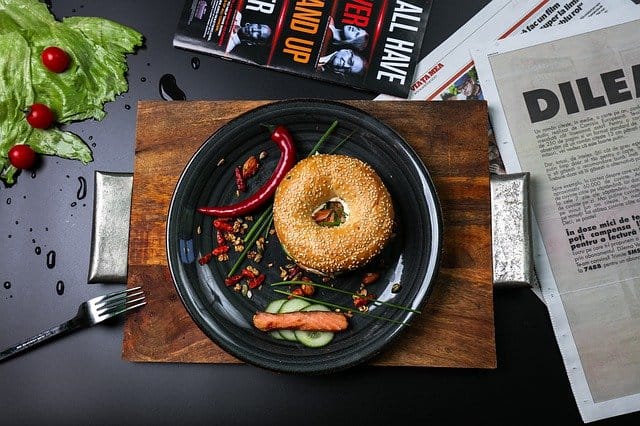 The breakfast in question is, without fail, salmon bagels. I’m not sure why or where this came from, but whenever I ask the response is: “Family tradition.” As it happens, I quite like a smoked salmon and cream cheese bagel, so I’m not complaining. I suppose I’ll need to order some salmon and bagels from the supermarket so we can have breakfast over video-call.

We then sit around in a big circle and each person opens their presents in turn. Back in my childhood home, Christmas morning was a free-for-all, but my in-laws are clearly much more civilised. There are also festive games that crop up each year, table presents, and the family dog does a new dance routine.

When it comes to gifts, I like to give them, but apparently I’m quite difficult to buy for. I’m not particularly materialistic, and I’m of an age now where most things I need I have, and the things I don’t have but might want are not especially important to me.

A couple of years ago, when the inevitable probing questions of what kind of presents I might like came up, I presented a new tradition. Instead of gifts, I asked for a donation to be made to a local food bank in my name. I wrote about it in this very newspaper, too.

I struggle to see how it can be acceptable for some people within this country to not have enough food to eat at any time, let alone during the season of giving. In a year where UNICEF will be feeding children in the UK for the first time ever, I would rather someone who struggled to afford food was able to eat than I was given anything.

Of course, traditions extend beyond the household. Within Thanet there are some old local traditions that still go on, such as the Hoodeners, who perform a new play each year from the Winter Solstice to Christmas, touring local pubs and collecting for charity. This year, they will hopefully be showcasing their play online in aid of Air Ambulance Kent Surrey Sussex, though the details are yet to be announced. As Hoodeners are often late, this is no surprise.

There are many local and national traditions that we will be following, as many do, however as we will be in Tier 4 there are a few customs we will be unable to take part in. I feel for those who will be isolated this year, especially as we will be locked-down in the South East. With that in mind, one custom we are breaking from in our household in 2020 is the big, extravagant Christmas dinner. What we would be spending on turkey and trimmings has already gone to food banks, and instead I will be cooking nachos.

I do love a good plate of nachos covered in chilli and cheese. It is one of my wife’s favourite meals, too. Even the toddler likes an infant-friendly version with less habaneros. Nachos are an all-round winner, so that is going to be our Christmas dinner this year. It might even become a new tradition.

This Christmas is definitely going to be a strange one, nachos aside. Next year, perhaps more community-based traditions could make a return. Wassailing, for example, is a medieval custom involving the preparing of a warm cider to be shared with neighbours. Taking some warm mulled wine door to door, perhaps accompanied with a few carols, sounds like a great tradition to pick up.

What are your Christmas traditions?