The South East, London and East of England has been moved into new Tier 4 restrictions with a reversal of the relaxing of measures over Christmas and the closure of non-essential shops, indoor gyms, leisure and personal/beauty services from tomorrow morning (December 20 – 00.01am).

What are the Tier 4 measures?

Tier 4 is essentially the same rules as November lockdown.

Residents must stay at home, apart from limited exemptions set out in law such as travelling to work or education.

People must work from home if they can, but may travel to work if this is not possible, for example in the construction and manufacturing sectors.

People should not enter or leave tier 4 areas, and tier 4 residents must not stay overnight away from home. Individuals can only meet one person from another household in an outdoor public space.

Unlike the November national restrictions, communal worship can continue to take place in tier 4 areas.

Those in tier 4 areas will not be permitted to travel abroad apart from limited exceptions, such as for work purposes.

The Christmas relaxation measures are reversed in Tier 4 and across England the relaxation is now only in place for Christmas Day.

It means those living in tier 4 areas should not mix with anyone outside their own household at Christmas, though support bubbles will remain in place for those at particular risk of loneliness or isolation.

Across the rest of the country, the Christmas rules allowing up to three households to meet will now be limited to Christmas Day only, rather than the five days as previously set out.

This will be reviewed on December 30.

Why has Tier 4 been brought in?

The measures are prompted by the new strain of coronavirus which has been spreading rapidly throughout London and Kent and, scientists say, is up to 70% more contagious than any previously detected.

Ahead of the conference, Chief Medical Officer for England, Professor Chris Whitty said: “As announced on Monday, the UK has identified a new variant of Covid-19 through Public Health England’s genomic surveillance.

“As a result of the rapid spread of the new variant, preliminary modelling data and rapidly rising incidence rates in the South East, the New and Emerging Respiratory Virus Threats Advisory Group (NERVTAG) now consider that the new strain can spread more quickly.

“We have alerted the World Health Organisation and are continuing to analyse the available data to improve our understanding.

“There is no current evidence to suggest the new strain causes a higher mortality rate or that it affects vaccines and treatments although urgent work is underway to confirm this.

“Given this latest development it is now more vital than ever that the public continue to take action in their area to reduce transmission.”

What is the new strain? 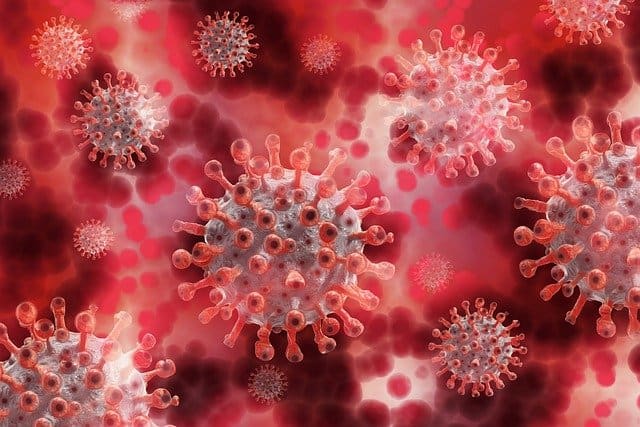 The strain was identified due to Public Health England’s (PHE) monitoring following the increase in cases in Kent and London.

It has been named VUI – 202012/01 and contains 23 different variants. The variant is thought to have first occurred in London or Kent in September and is now becoming the dominant variant, said Prof Chris Whitty.

PHE says high numbers of cases of the variant virus have been observed in some areas where there is also a high incidence of COVID-19.

It is not uncommon for viruses to undergo mutations; seasonal influenza mutates every year. Variants of SARS-CoV-2 have been observed in other countries, such as Spain.

This variant includes a mutation in the ‘spike’ protein. Changes in this part of the spike protein result in the virus becoming more infectious and spreading more easily between people.

Early analysis suggests the new variant could increase R by 0.4 or greater. Although there is considerable uncertainty, it may be up to 70% more transmissible than the old variant.

Dr Susan Hopkins, Test and Trace and PHE Joint Medical Advisor, said: “We are investigating a new strain of SARS-CoV-2, predominantly in Kent and the surrounding areas. It is not unexpected that the virus should evolve and it’s important that we spot any changes quickly to understand the potential risk any variant may pose.”

Weekly data from NHS England shows a large rise in the number of covid patients being cared for by East Kent Hospitals (Margate, Ashford and Canterbury).

The latest data shows 349 beds in use for covid patients under the trust on December 15.

This is a rise of some 122 from the previous week when the Trust had recorded  227 covid patients as of December 8,.

The data also shows a rise of mechanical ventilation beds in use for patients with confirmed positive covid tests from 18 on December 8 to 26 on December 15.

The trust has recorded 669 covid related deaths across its hospitals since the pandemic began up to December 17 although data between December 13-17 – recording 40 losses- is provisional and could be updated.

A statement from the Kent & Medway Clinical Commissioning Group says: “All hospitals across Kent and Medway continue to be under significant pressure due to the high rates of infection in the local communities.

“We have opened more critical care beds to support Covid-19 patients, and will be opening more. We’re continuing to provide cancer and other urgent operations. However, we are now pausing non-urgent elective services. This will allow staff to move to support the increased number of Covid-19 patients.

“We will keep this under weekly review and will contact individual patients where appointments need to be rescheduled.”

Data obtained by Shepway Vox also shows some 1,544 QEQM Hospital staff self-isolating due to the virus since March. For December that figure currently stands at 62.

Latest government data (published December 19 and displaying the rate for the week up to December 14), shows rises in the positive case rate per 100,000 people across Kent.

The figure for Thanet has started to rise again although the district is now among the lower rates in the county, standing at 536.9 per 100,000 according to government data. Kent County Council data, for week ending December 15, has Thanet at a much higher rate of 596.8.

The data shows 75 new positive cases reported for Thanet today (December 19) making a seven day total of 760, up 27.3% on the preceding seven days. A total of 5,800 positive tests have been recorded for Thanet.

The total number of people recorded who have died within 28 days of testing positive for Coronavirus as of 18 December was 215 (loss of life within 28 days of a positive test). Covid-19 is mentioned on the death certificate but may not be the primary cause of death.

The NHS is carrying out its vaccination programme with the Pfizer/BioTech vaccine. Sites include three GP surgeries in Thanet and William Harvey Hospital in Ashford.

More practices will be included on a phased basis during December and in the coming months.

People aged 80 and over as well as care home workers have been first to receive the jab, along with NHS workers who are at higher risk.

To date some 350,000 people have had vaccinations.

Targeted asymptomatic testing launched in Kent on Friday (December 18), with the first sites in Swale and Thanet to be followed by a rolling programme across the county to try to reduce the rates of Covid-19.

KCC has been working closely with Thanet District Council to identify a site for Ramsgate Port.

The site is in addition to the DHSC run regional and local test sites for people who have symptoms, including those at Manston and Margate. The asymptomatic testing will find people who don’t currently have symptoms who may be unknowingly spreading the virus.

People will be invited to testing by a letter or email.

Residents attending this testing will undergo a lateral flow swab test and will receive their result within half an hour of attending the test. If they are positive, they will be told to self-isolate, follow the national guidance and they will be instructed to have a PCR test to confirm their positive result.

If they are negative, they must still continue to observe social distancing guidelines, wear a mask in public and regularly wash hands.

Staff have been recruited to the asymptomatic testing sites using funding from central Government.

The figures are updated daily, although there is some time lag on some statistics. They can be found on the government dashboard here and here and on the KCC website here