Small business Home & Roost and its customers raised more than £2000 for animal welfare charities during the Black Friday weekend.

Their customers include many animal welfare charities and Home and Roost have been aware of how challenging 2020 has been for the organisations.

Home and Roost decided to do something a little different this Black Friday. Instead of offering customers a discount, they pledged to donate 10% of all Black Friday weekend sales to animal welfare charities.

Through their weekly newsletter and social media, they asked customers to nominate the charities they would like donations to go to.

Director Alan Brimm said: “I was a little nervous to tell you the truth. It’s certainly been hard for charities this year, but money has been tight for lots of ordinary people too. I wasn’t sure whether customers would be tempted away from us by the discounts on offer elsewhere.”

But Alan had no need to be nervous. Home and Roost received some 1500 votes for different animal welfare charities. 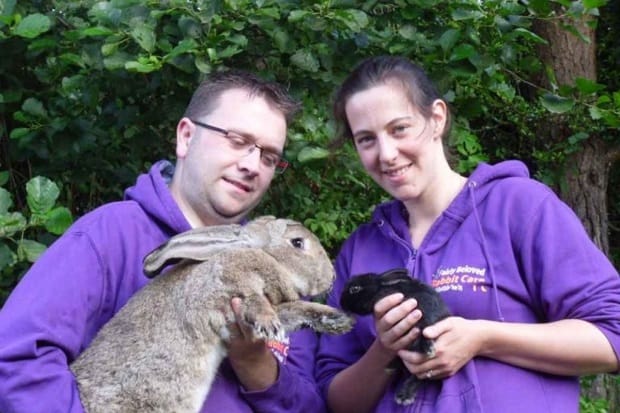 As the weekend started, it was soon clear that customers were spending to support those charities too. Despite offering no discounts Home & Roost had their best ever sales weekend. Customer bought hundreds of hutches, bird tables, hedgehog houses and cat shelters in support of the charities.

As a result Home and Roost have been able to donate a total of £2,270 to six animal welfare charities.

The Charities chosen by Home and Roost customers are:

Beloved Rabbits (pictured above) – which rescues and rehome rabbits in central Scotland.

Brent Lodge Wildlife Hospital – which rescues and care for wild birds and large and small mammals in Sussex.

Cats Protection – which has rehomed 1.5 million cats in their 90-year history.

Cavy Corner – which rescues, cares for and rehomes guinea pigs in the Doncaster area

Newent Hedgehog Rescue –  rescue and care for hedgehogs in Gloucestershire.

Alan said: “We had planned to donate to five charities, one for each of the animal species we work with. But the support for hedgehog charities was so overwhelming that we topped up the donation pot and gave an extra donation to the British Hedgehog Preservation Society.

“The reaction from customers and the charities has been fantastic. It’s a privilege to be able to support such amazing work, and this is something we would definitely look at doing again.”