A Margate pub landlord has slammed the pledge by Prime Minister Boris Johnson to give all ‘wet’ pubs a £1,000 grant as ‘pathetic.’

The PM announced the one-off payment yesterday (December 1) in the run up to the MPs vote on approving the covid tier restrictions across England.

The grant is for ‘wet-led pubs’ in tiers 2 and 3 who will miss out on much needed business during the busy Christmas period because of restrictions to business or continued closure. In Tier 2 pubs can only open if they are serving a substantial meal with alcohol. In Tier 3 all pubs and hospitality, including restaurants, remain closed other than for delivery and takeaway services.

But Paul Rollins, who has run The Britannia in Fort Hill with wife Edna for more than five years, says the amount is nowhere near enough to save businesses from sinking into debt.

Paul, who is also President of the Licenced Victuallers Association Thanet Branch, said: “ It is a pathetic gesture for Boris to offer wet pubs a one off £1000 grant, it’s useless.

“Government needs to support pubs in Tier 3. There is no way most of us can trade even in Tier 2. Changing pubs to restaurants is not sustainable. It seems to be a control mechanism to curb excessive drinking, which has costs to health service.”

Paul and four staff are currently unable to work as the restrictions on pubs continue,. He says even when the pub can reopen the massively reduced trade due to covid-secure measures makes the future bleak.

He said: “My costs per month are over £2,700 so I won’t be able to carry on much longer and there are lots of others in same situation.

“It feels that there is little point in carrying on. We have been shut for four months and under restriction for the rest of the time and for the foreseeable future. We will be trading at less than 30% when we do open but our overheads are the same and business rates will be back soon. There is no hope of breaking even and we have to ask what we are holding on for, just to get in more debt?”

Yesterday Prime Minister Boris Johnson said: “Pubs are at the heart of communities across the country and they have been among the businesses which have suffered the most during the pandemic.

“While we can’t make up for all the trade they will lose over Christmas, I hope this new £1000 grant – on top of the furlough, VAT and business rates relief and existing grants – goes some way to help them weather the economic storm.”

He added: “Wet-led pubs in tiers 2 and 3 will be subject to significant measures under the new regional tiered system and it is right for the government to increase its support. Eligible wet-led pubs across these tiers are invited to apply through their local authority who will be responsible for distributing the grants. The payment will be made once per business for the month of December only.”

Paul remains unimpressed and says there has been no information about when the grant can be applied for and how.

He added: “This lot literally can’t organise a p*ss up in a brewery.” 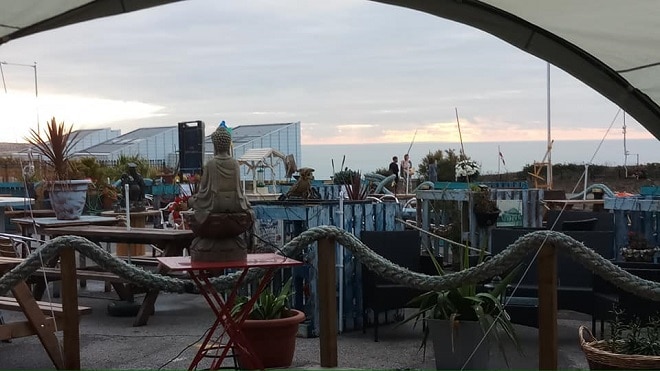 The British Beer & Pub Association said a survey showed many pub bosses expected it to be unviable to open under the new tier two restrictions. Research by the trade association also shows that pubs in England will receive three times less financial support than pubs in Wales.

The average grant payment a pub will receive in England over the next six weeks will be £3,400, whereas an initial analysis of the package announced by the Welsh Government on Monday suggests this would be £11,300 for pubs in Wales in compensation for the tighter restrictions coming into force there.

The BBPA says this shows how ‘meagre’ the Prime Minister’s one-off £1,000 payment to pubs is. It says unless the tier restrictions change, the Prime Minister needs to provide both pubs and the breweries that supply them in England with far greater support.

Emma McClarkin, Chief Executive of the British Beer & Pub Association, said: “Having invested £500 million in safety measures to ensure they are Covid-secure, it is ridiculous so many of our pubs are being forced to remain closed unfairly.

“It is clear the meagre £1,000 one off payment for pubs this Christmas isn’t going to be anywhere near enough to save those who simply cannot open or are completely unviable because of Government restrictions.

“Pubs in Wales rightly look set to receive at least three times more in grant support than pubs in England. This is a closer reflection of the real level of costs that pubs will incur under these tight restrictions this Christmas. The Prime Minister’s £1,000 one-off payment is an insult to pubs on their knees in England. He can and must do better.”

A spokesman for the Thanet CAMRA branch (Campaign for Real Ale) added: “A one off payment of £1k to wet led pubs in tiers 2 & 3 is simply not enough.

“The fixed costs of pubs already endured through both lockdowns have left them in a precarious position and the loss of business through the golden quarter may be the final straw that breaks the camel’s back.

“The evidence that pubs are spreading the disease more than retail premises which can reopen from today has not been made available. We fear for the future of our pubs and breweries.”

Tier 3 explained – what is open and what remains closed; who you can meet, Christmas bubbles and where you can travel