A resident-led campaign is fighting to save a stunning Cliftonville synagogue from developers after owners placed the building up for auction.

The resplendent building has formed an integral part of Thanet’s rich Jewish history but was recently put up on the market after years of closure.

Campaigner Francesca Ter-berg says they believe the building could once again thrive as an arts and heritage centre and became interested in the site after walking past.

She said: “I was volunteering at a nearby food bank in Sweyn Road (Rosslyn Court) during lockdown and walked past it. I thought ‘wow’ I must go and have a look in there. I’m not religious but I grew up going to synagogues and because I play Jewish music, I have performed at concerts including Holocaust Memorial Day and other events especially in East London.”

After making contact with charity owners,  Margate Hebrew Congregation, Francesca was invited to have a look inside and was awe-struck by the beauty of the building. She said: “It’s in brilliant condition and would make an incredible music venue. There is so much potential for events and a  museum and archive section too,” she said

The synagogue is currently on the market with London auctioneer, Savills at a guide price of £300,000 and is set to go under the hammer on December 16.

Campaigners, who have since set up as The Cliftonville Cultural Space CIC, say they need to raise the full amount.

But treasurer of the Margate Hebrew Congregation Jeremy Jacobs says despite conversations with the group as it stands the synagogue will be sold.

He said: “It’s not unusual for this to happen. It has served its purpose and we have tried to keep the building going but have struggled to attract members.

“We have a responsibility to the charity commission to sell the building. The (Jewish) demographic has shifted dramatically and is now more London-centric than ever. It will be going to auction in December –  unfortunately there are many people with big mouths and closed wallets. We needed this five years ago.”

Mr Jacobs confirmed a meeting with trustees will seek to change their charity objectives and that they will be continuing to support other Jewish charities.

At the time of its construction in 1928 Margate’s Jewish community was buoyant  with many hotels opened to cater for holiday makers.

But there were still many obstacles to overcome before the first stone was laid.

A report in a local newspaper recorded that “at the end of the war the community were very much depleted both financially and physically and the question had arisen as to selling the congregation effects.”

Since 1910 the congregation had increased substantially with plans to build a synagogue but the Great War in 1914 changed everything as a sharp decline in numbers made their situation financially untenable. 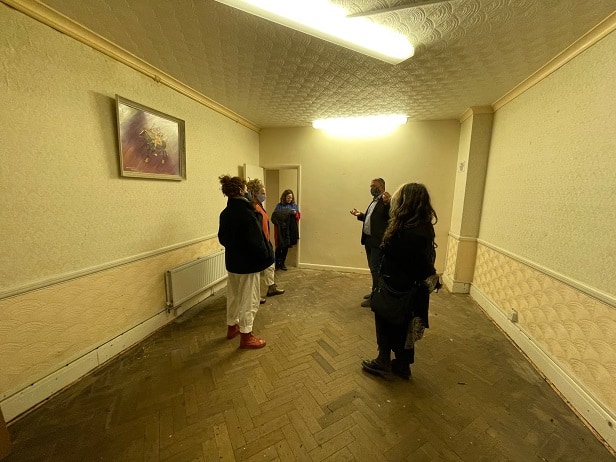 Following an appeal to the Jewish Press benefactor Joseph Jacobs cleared the congregation’s £200 debt which allowed Jewish soldiers to worship in Margate before heading to France – many did not return.

At the stone laying ceremony in 1928 which was held at the Grand Hotel the importance of the visitor economy was cited with tourists from London expected to support the fundraising initiative for the continued building work when they came to worship. 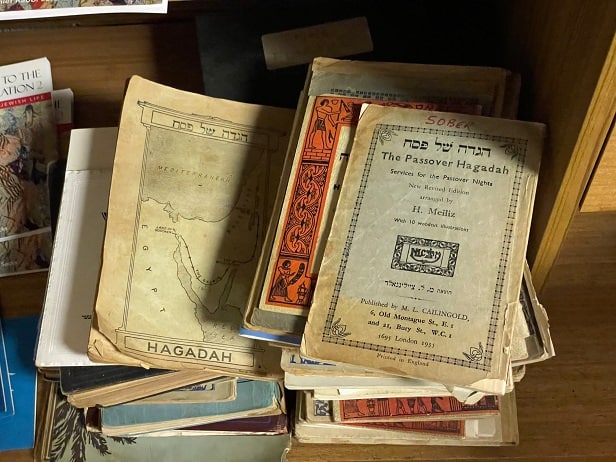 Now, some 70 years later an eclectic community is once again uniting to raise funds to provide an important cultural centre while maintaining the integrity of its Jewish past.

Francesca said: “We want to continue its mission of attracting visitors to Margate and breathe life into the area.”

A crowdfunder page has been launched. Find it at https://www.crowdfunder.co.uk/save-our-shul-margate. Find the campaign on social media under @saveourshulmargate.