Neighbours have lodged objections to a plan to create a small home in a Grade II listed annexe in Margate.

The property, formerly known as The Annex to number 9, Addington Street, but now listed as 11a, has been empty for a number of years.

In his planning statement he says: “I have not been able to determine with certainty what the original or most recent uses of the building were. However, it seems from planning records that at some point the building was used for light industrial purposes and from its appearance most recently as an office and/or residential unit. In any case the Property appears to have been left empty since about the turn of this century. It is shown as boarded up in a 2003 photograph on the Historic England website -the same boarding is still in place.

“I believe my proposal for residential use would represent a positive addition to the regeneration of the area, bringing back into good use a building which has for a long time been empty, unwanted and problematic. It would contribute to the housing stock at a time of need without negative impact on the character of the conservation area, and with minimal impact on the wider environment.” 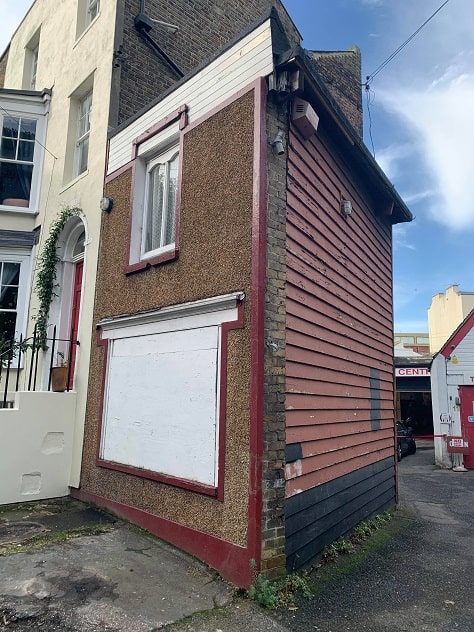 Mr Small says the property will have: “a well-equipped kitchen with breakfast bar, fully functional shower room and utility cupboard for a washer dryer. There is adequate space for sleeping and bedroom storage, which would be low-profile and integrated. Heating will be via energy-efficient electric underfloor heating and radiators with smart controls, removing the need for a gas boiler.

“The proposed accommodation would be of a high standard and I believe sufficiently well designed to provide comfortable living for a one person or a couple. I believe it is likely to appeal in particular to those working at nearby art galleries and hospitality facilities, looking for a pied-a-terre.”

But objections from neighbours dispute a claim in the planning documents that the building has been used as a squat and say it is too small for residential use. National standards mean that for a one-bedroom dwellings with a shower room the requirement is 37 square metres. The Addington Street property would be approximately 23 square metres.

Other issues are the change of address, proposals to fit black guttering and questions over a lack of sewer connection. The property also has no direct access to the street with visitors having to cross land belonging to the next door commercial garage to leave and enter the building. 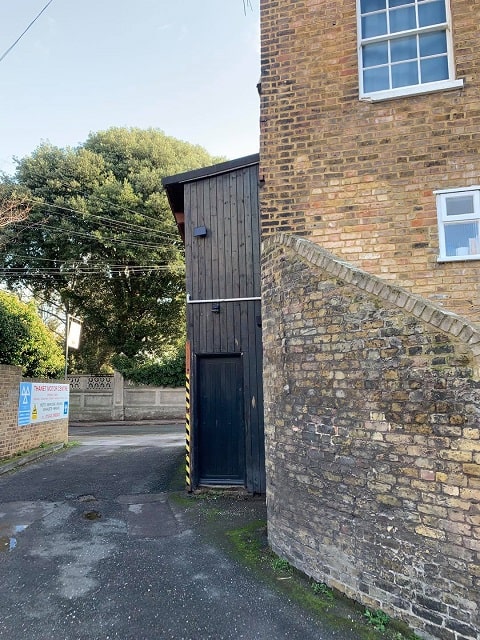 An objection lodged by Shaun Collier, from the Thanet Motor Centre, says: “The space that this property provides is significantly below the national described space standard. The National described space standards require a two- storey dwelling to be 58sqm for a two person dwelling and they require a single storey dwelling for 1 person to be 39sqm, they do not show a single person dwelling over 2 stories.

“The property is only one third of the size needed for a 2 person dwelling and only around half of the required floor space for a single story dwelling but it is over two floors. Even though the space standards allow for leniency for historic buildings this property is so below the standard I feel to allow a dwelling of this size would set a dangerous precedent and open up so many other undersized projects for other property developers in the area.

“To preserve the historic building it should be determined by its most appropriate use which I cannot see would be a dwelling with it being so undersized.”

Neighbour Louise Oldfield also raises concerns about the size of the property and has suggested a better use of the building would an office, studio or shop.

Mr Small says: “I believe I have sufficiently demonstrated that compliance with the NOSS recommendation is not possible (or necessary) in this case due to the special character of the building, which the council has already emphasised in connection with a previous application.”

The proposal can be seen on Thanet council’s planning portal, reference F/TH/20/0096. A decision on the application is yet to be made.