Have you seen the Thanet Serpent?

According to legend, a horrible creature lurks around these parts. It’s the kind of thing that would be drawn onto old maps, with the words ‘Here be dragons’ written alongside. Yet the Thanet Serpent is real, and I know its name.

The first recorded sighting of a sea serpent in Thanet was in 1917. The Paramount, an auxiliary naval patrol boat, was cruising around a mile off the coast of North Foreland. The crew reported an encounter with a 15m-long snake-like creature covered in dark green scales with a spiny dorsal fin “like some gigantic conger eel”. The crew fired upon it, and one shot hit the dorsal fin. The creature “began to thrash about wildly and violently” before sinking beneath the water.

A little along the coast in Herne Bay, 1934, a monster around 6m in length was visible from the clifftops. A crowd gathered and some eyewitnesses describe it as having dark scales with a yellow underside. It was chased by motor boats at around 40mph, yet it easily outran them and escaped. 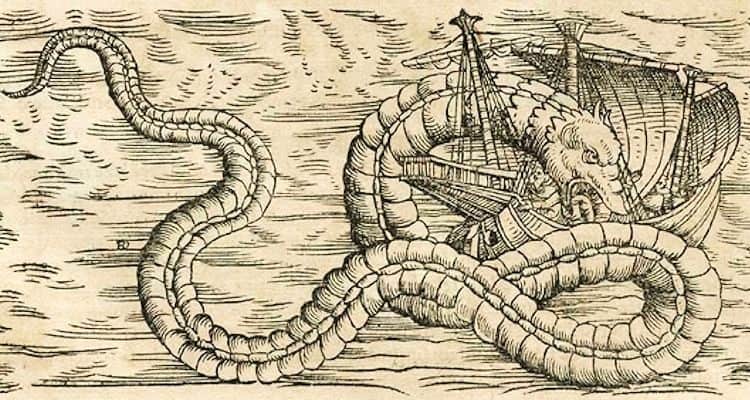 The tale turns to John Handley, a tourist, who was swimming off the Cliftonville coast in the summer of 1950 when a gigantic serpentine beast lifted from the sea around 90m away. He described its head as around an arm’s-length wide and resembling an enormous horse.

Then, in 1999, two anglers on Folkestone pier described “a huge animal” that was around 30m long which they watched through binoculars diving and resurfacing for around half an hour.

Finally, in a twist in the tale, a creature was photographed off the coast of Herne Bay in 2016 by Michael Green, a tourist from Northamptonshire. He was taking pictures of a couple on a viewing point, but inadvertently got a picture of an unknown and very large thing rising from the waves behind them.

Now, I admit that some of this might sound a little fishy, but I think a great sea creature lurking off the shore of Margate seems more realistic than a company with no ferries being awarded a ferry contract by the government, then collapsing with £2million in debt. If Seaborne Ferries is real, why can’t the Thanet Serpent be? At least it’s actually in the water. 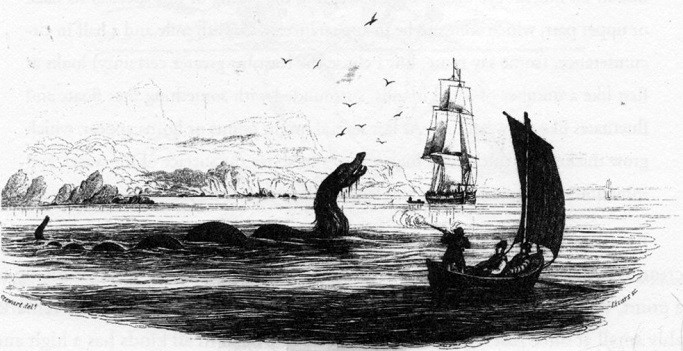 According to Oceana, over 80% of the world’s oceans remain unexplored, so it’s certainly a possibility. Of course, those sightings could be oarfish, or sea snakes, or any number of other known species.

This was originally supposed to be a silly Halloween column, but events of this last week changed that. I spotted the Thanet Serpent, and it was on land.

Sir Roger Gale, the Conservative MP for Thanet North, did not vote for the original motion. He abstained. He did not vote against his own party, but nor did he vote down a motion to feed possibly underfed and potentially starving children within his own constituency. He stood by his principles within the rules of his party.

Craig Mackinlay, the Conservative MP for Thanet South, did vote down the original motion. He voted against feeding children, then voted to carry on feeding them only during term times, and then defended his actions and shared the following self-congratulatory propaganda on social media:

Pleased to have supported these measures tonight. pic.twitter.com/17HSfpWGbd

Thanet has almost 10,000 children under the age of 16 who live below the poverty line after housing costs. That’s over a third of the children who live here. Of those, near to 6,000 are living in what Kent County Council describes as “absolute low income households”. That means one in five of our children are in a position where their families struggle to afford food. In other words, out of every class of thirty children, at least ten are technically in poverty, and six are in the lowest income threshold possible.

A child living below the poverty line is not a political issue, it is a moral one. Who you vote for or where you sit on the political spectrum is irrelevant when it comes to children’s lives. They did not choose to be born. They did not pick where they would be born, who their parents would be, or whether they would be children during a pandemic. They do not have time machines that allow them to go back to before they were conceived to tell their parents “Make sure you can afford me if you’re going to have me.” They have no say in any of this.

The only moral choice is to ensure all children have access to four basic things: food, water, shelter, and education. To deprive any child of any of these is unethical no matter what your beliefs. If you want to do something, there is a petition to sign which you can find here.

Sir Roger Gale did something. Whether it was enough or not is open for debate, but he made a point. Only five Conservative MPs voted for the original motion. They did something. Craig Mackinlay, on the other hand, voted to deprive children within his constituency of food. He then congratulated himself on doing a good job by putting out a deceptive graphic that implied he was doing something positive by voting for nothing to change. That is more than manipulative—it is horrific.

We are still in the middle of a pandemic. People have lost their jobs, their incomes, and their way of finding new work. More people out of work means less jobs, more competition, less wages, and more people going hungry. Craig Mackinley could have done something about that, something more than he currently does. It is not about politics. It is about humanity.

There’s no wonder that children have the likes of Marcus Rashford as their heroes. No child would ever look to a man who voted to allow them and their classmates to potentially starve by not changing anything and think: ‘When I grow up, I want to be just like him.’

The Thanet Serpent is real, but it is not in the sea. It sits in Parliament.

Shame on you, Craig Mackinlay.