Community-loving Westgate resident Wilfred Jenkins has raised more than double his target for a sponsored bike ride in aid of Margate Theatres.

The 24-year-old cycled from Westgate to Reculver and back today (October 18) in a bid to help save the Theatre Royal and Winter Gardens in Margate from closure. 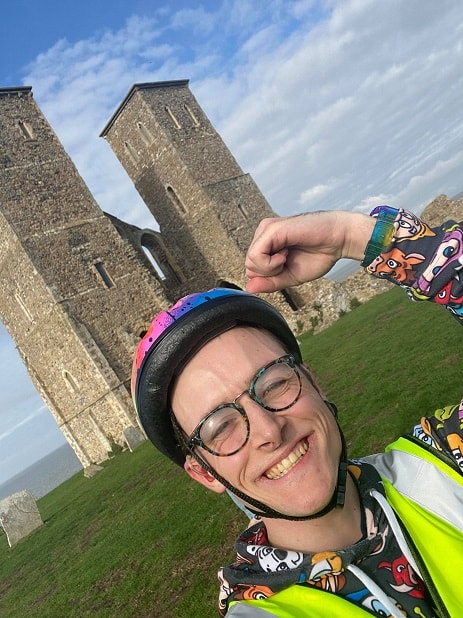 Operators Your Leisure launched a fundraiser last month to help the theatres stay afloat amid the Covid crisis. The group has since received a grant from the government’s Culture Recovery Fund meaning some key staff can be brought back to work ready for a timely and safe re-opening of both venues. 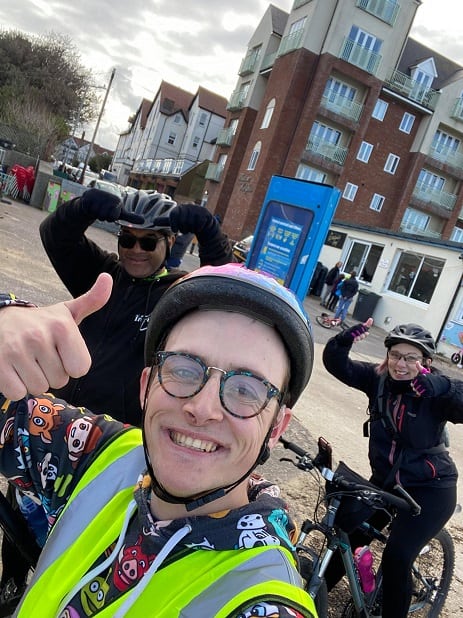 Wilfred, who was diagnosed as profoundly deaf when he was two and, as a teenager, was identified as being on the autistic spectrum, was joined on his 15 mile round journey by Zoe and Peter Hammond from Inspiration Creative and friend Liz Mincer. 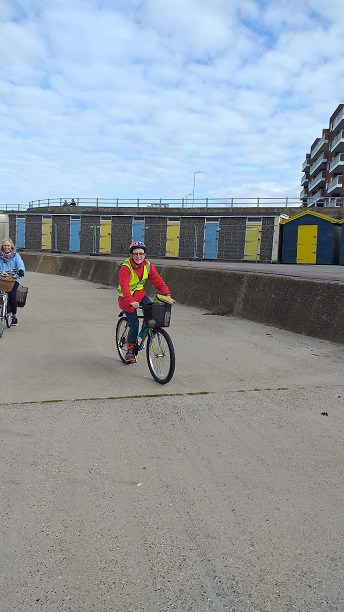 His original target was to raise £500 but Wilfred has smashed through that and raised a whopping £1,780.

He said: “I wanted to help to our local Thanet theatres after I found out they are risk of closure.

“I have really enjoyed seeing people and doggies who are cheering me on and Paul Palmer (from Margate Theatres) was signing to thanks to me!”

Wilfred has been involved in many local campaigns as well as volunteering for various charities. He is also a member of theatre group Inclusive Creative and he does regular signing videos on facebook.

Last month he was joined in one of his live streams by actor Martin Freeman who was filming in Broadstairs for Sky series Breeders.

Wilfred is also friends with Theatre Royal stage favourite Lloyd Hollett who sent him a video message to congratulate him on completing the ride.