A new book charting the development of Westgate will be published next month.

Mayfair By The Sea – The Story of Westgate, has been written by local author Nick Evans and includes 120 photographs, many of them postcards. It shows how the Kent coastal town has evolved since its inception more than 150 years ago when first built as an exclusive, gated community for privileged Victorians.

Westgate consisted mainly of a coastguard cottage and sweeping farmland but that rapidly changed when the railway arrived, passing through to Margate, in 1863.  However, it would be another eight years until the London Chatham & Dover Railway got around to building Westgate-on-Sea station.

Property speculators seized the opportunity to snap up the land and sell off plots to privileged Londoners who wanted to get away from the capital’s grime and enjoy lung-fulls of bracing sea air.  The holding Westgate Estate Company insisted on approving all plans for new houses and even carried out background checks on prospective purchasers to ensure the town remained exclusive.

All of the town’s roads were owned and maintained by the company and any delivery vans wanting to call at Westgate had to buy an annual licence first.  If they didn’t, deliveries would have to be unloaded on the edge of the town and manhandled to their destination.

Exemplary behaviour was expected at both Westgate and St Mildred’s Bays during the Victorian and Edwardian eras. The beach inspector was instructed to call the police if anybody appeared to be changing into their swimming costume on the sands, rather than using a bathing machine or beach hut.

The book includes the tale of renowned artist Louis Wain, who specialised in painting cats in cartoon-like situations.  He moved to Westgate in 1894 with his mother and five sisters and during the next 23 years he produced some of his best work for a host of publications including the Illustrated London News – which happened to be owned by Westgate resident Sir William Ingram, a long-standing benefactor of the town. 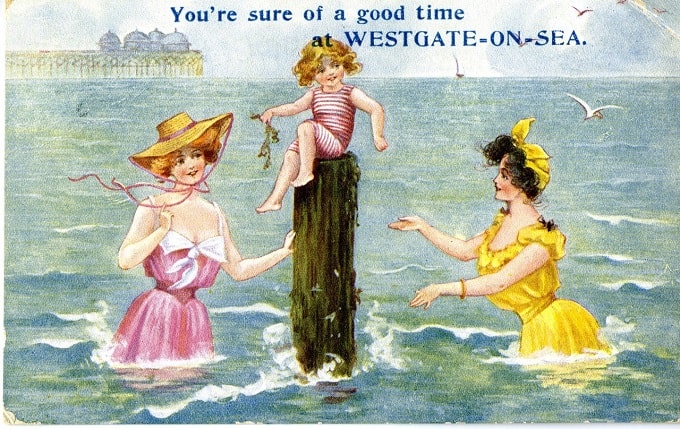 Mayfair By The Sea also features some of Westgate’s numerous private schools, its hotels, the town centre and residential streets.  During the First World War and before the formation of the Royal Air Force, St Mildred’s Bay was home to a Royal Naval Air Service base. Its seaplanes patrolled the Thames Estuary and North Sea to fend off German Zeppelins and Gotha bombers – photos from that period are included as well.

Nick said: “I’m sure the book will bring back happy memories for many residents and visitors to the town. I’ve been very fortunate to have been given access to a superb collection of Westgate postcards, some of which are now more than 100 years old, and these form a substantial part of the book.

“Writing the book has been nostalgic for me as I went to school in Westgate during the 1960s. In the summer holidays, I went to the beach with my family.”

Nick is a career journalist having worked in most aspects of the media since being a trainee reporter from 1977.  He has written several local books including the stories of Birchington, Broadstairs and Margate’s Dreamland amusement park.  In 2019 the History Press published his Fuelling The Motoring Age – 100 Years Of British Petrol Stations. 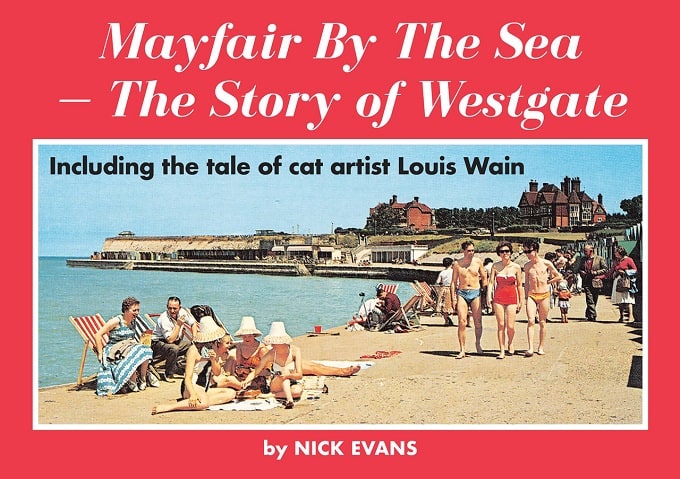 Mayfair By The Sea – The Story of Westgate runs to 96 pages and costs £9. Copies will be on sale, and can be pre-ordered now, at Westgate Galleria, 29 Station Road, Westgate, or via www.shorelinepartners.co.uk.  Copies can also be purchased via www.amazon.co.uk or ordered through any bookshop (post and packing will be added to online orders).

Two book signings will be held at Westgate Galleria on Saturday November 7 and November 21 between 2.30pm and 4pm.