Broadstairs author Richard Lewis has released a new book – Creative Coast – compiling the many chapters he has written over the years on the association that a galaxy of creative stars have had with the Isle of Thanet.

Presented chronologically, in large format, in colour and with new material, the book is both a celebration of those artists and writers who have found inspiration on the isle and a summing up of the author’s popular Artistic Thanet books, which have themselves inspired so many to write about Thanet’s creative connections in recent years.

The book traces the life, times and work of nine artists and nine writers. The artists start in the 18th Century with George Morland, much admired by Turner, and finish in the 20th Century with Christopher Alexander, a home-grown master still remembered with fondness by many both here and abroad. 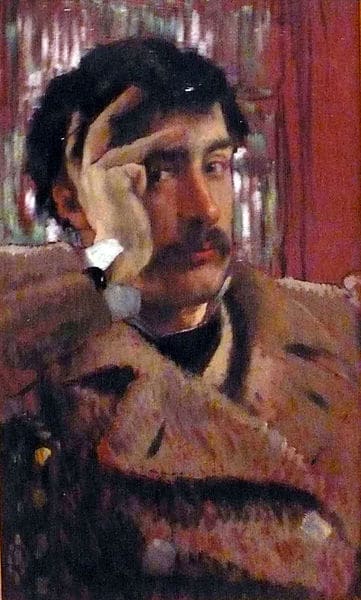 Patron of Margate School of Art and Oscar-winning film director, Arnold Schwartzman, said of the book: “On reading Richard Lewis’ scholarly researched and amply illustrated book, “Creative Coast”, I discovered page after page of so many fascinating personal connections to my childhood days growing up in Thanet:  From the ridiculous…I learnt that Frank Richards, the creator of my favourite “Knockout” comic character “Billy Bunter”, hailed from Kingsgate…to the sublime, of Charles Dickens, whose novels were inspired by the poor living conditions in the workhouses of London, which included that of St. Georges in the East, Wapping–the hospital of my birth, the very same hamlet where J M W Turner once lived.

“Behind my parents’ small hotel on Cliftonville’s Lewis Crescent once stood the Albemarle Hotel, where one of its guests, T. S. Eliot, wrote his iconic masterpiece, “The Wasteland”. His indelible words later inspired me to design the tiled mural “Connections” for Margate’s Railway Station.

“I was further delighted to note a chapter dedicated to artist Christopher Alexander and his teacher Bernard Willis, both were my tutors while I attended the Thanet School of Art & Crafts. I owe so much of my fruitful career in the visual arts to their unwavering tutorage.  Today, I’m most proud to have been appointed the patron of a new art institution, “The Margate School”, which has taken up the gauntlet of the unbroken legacy handed down from the former school’s tutor Walter Sickert, and where Christopher Alexander’s son–acclaimed artist Steven Alexander–now teaches.

“Be it its lovely skies or its humble people, Thanet has been a seductive magnet for those artists and writers seeking inspiration. Likewise the reader of “Creative Coast” can navigate through so many delightful connections to the arts that exist in this fertile corner of Kent.”