A ‘gold pin’ discovery on a Thanet beach by nine-year-old Dylan Hudson and dad Carl could date back to the Roman era.

The pair, from Margate, made the find at Westbrook while exercising during the ‘lockdown’ restrictions earlier this year and the object’s origins are now being investigated by the British Museum.

Motor vehicle studies lecturer Carl has notified the Kent coroner of the artefact under the Treasure Act 1996 and a report will be completed on the ‘pin.’ Whether it is returned to Carl and Dylan or retained by the British Museum will be dependent on its historical value. 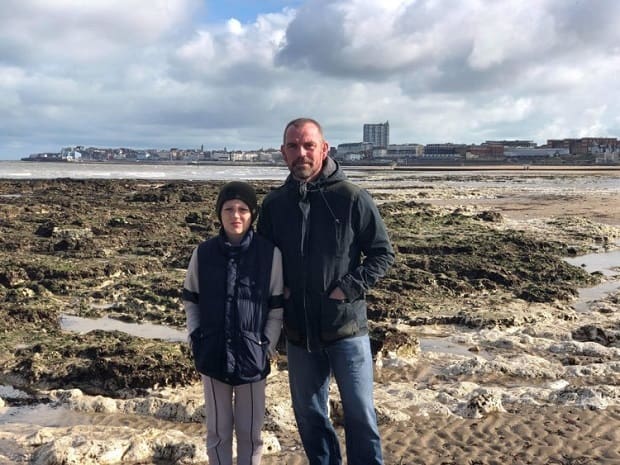 Carl, 41, said: “There was a ‘wash out’ at the beach and me and Dylan were taking our hour’s exercise. He has got eyes like a hawk so we found three gold rings and he spotted the golden ‘pin.’

“It looks to have a high content of gold and could be Viking, Roman or Tudor. It will be registered on the Portable Antiquities Scheme and someone at the British Museum will investigate what it is and then I will get a report. 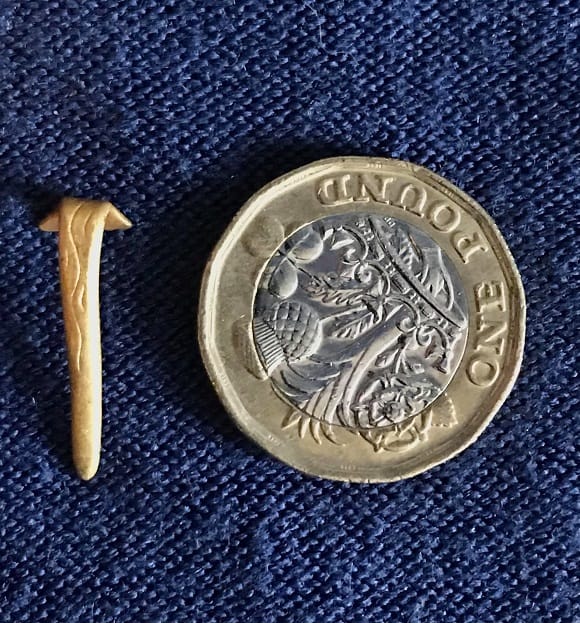 “If it is of high historical value then it will be taken for the museum.

“The ‘snake’ pattern on the front was used by the Romans but has also been used in the last 200 years. I think it may come from the 1200-1300s. There is also an inscription on it but we couldn’t make out what it is, perhaps a love message. The camera equipment in the museum may help with that. I just really want to know what it is.” 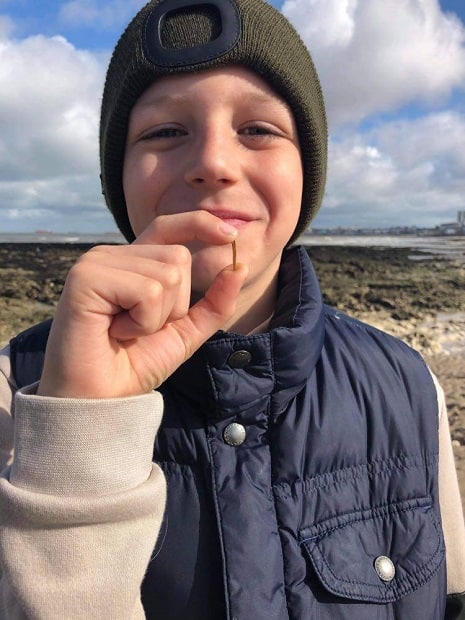 Carl is a keen beachcomber and metal detector enthusiast who has discovered numerous items of interest including a medal issued in 1875 to celebrate the opening of the new building for Margate Royal School for Deaf Children.

Dylan has also caught the beachcombing bug and has a Youtube channel called Coastal Boys.