A Thanet beachcomber and metal detector enthusiast has discovered a medal issued in 1875 to celebrate the opening of the new building for Margate Royal School for Deaf Children.

The dad-of-three, who was first introduced to beachcombing some 20 years ago by his uncle, Thanet Coast Warden Tony Ovenden, found the commemorative token on Saturday (April 20). 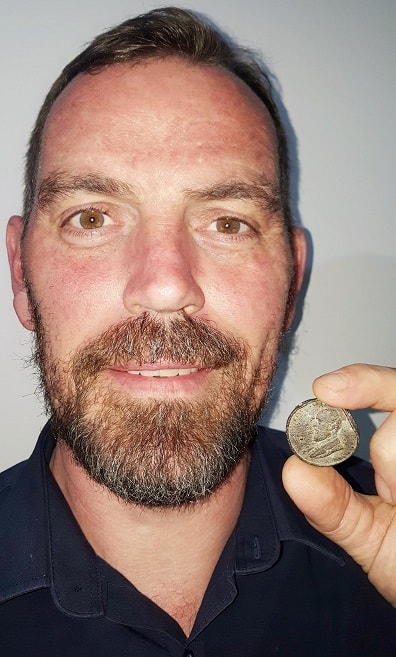 The 40-year-old, from Margate, said: “I was out at about 5.30am and it was an extremely low tide going out an extra 30-40 yards from the harbour wall.

“I got a deep signal and dug down and came across the token. I didn’t know what it was at first but took it home and cleaned it up and realised it was from 1875 when Prince Albert and Princess Alexandra made a royal visit for the opening of the deaf school in Margate.

“I don’t know how many were made but a royal visit was quite a big thing. It is an excellent find with a really strong provenance.” 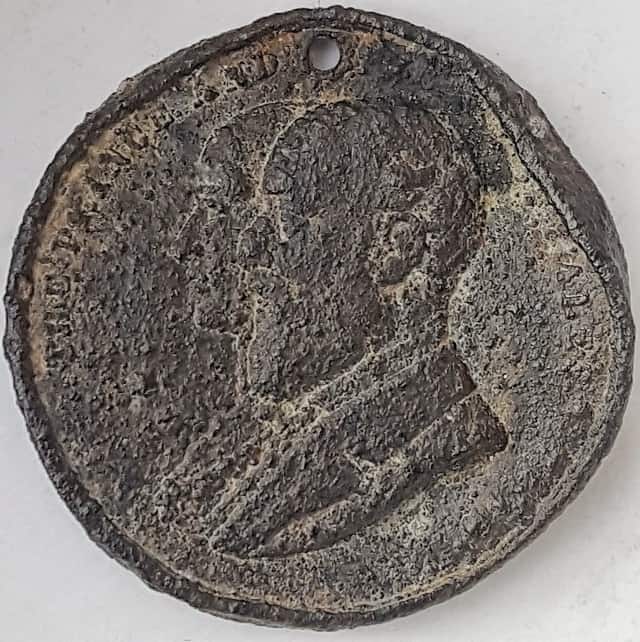 The medal, which bears the Margate coat of arms on its reverse side, marked the opening of the new ‘Asylum for the Deaf & Dumb’ on July 19, 1875. This was later to be renamed the Royal School for Deaf Children Margate.

According to an extract from Hutchings & Crowsley Ltd’s Guide to the Isle of Thanet published in 1881 the London ‘asylum, which was founded in 1792, opened a Margate branch in 1862 but that building was then demolished. The new building, at what is now Victoria Road, was then opened by the royal couple. 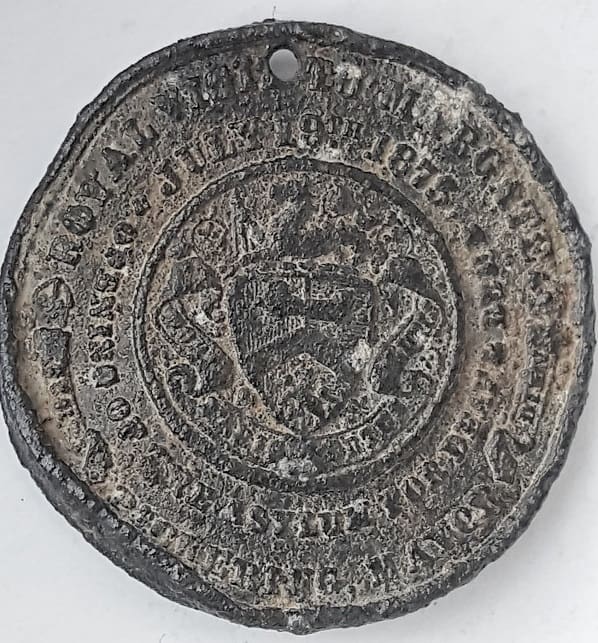 The site was expanded in 1880, accommodating some 240 children, and the operation was moved entirely from London to Margate in 1905, so pupils could benefit from the sea air.

The site is now being considered by Kent County Council for use as a new secondary free school.

Carl, who has amassed many discoveries says he is not yet sure what he will do with the commemorative token.

Another recent find at the harbour wall, by Carl’s colleague, was a 1978 Margate Jetty spoon.