Painting life with words is the aim of Ramsgate’s Ken Williams as he uses poetry to share tales spanning from his grandad’s ‘lucky escape’ at Gallipoli to a journey on the Thanet Loop.

But Ken, 67, lives with dyslexia, meaning every word on the page is crafted with extra effort.

The former Hereson student says his father instilled him with a love of words and stories and taught him to read when he was around eight-years-old.

Now he is Thanet’s Dyslexic Poet and has received some one million views of his work since joining online forum Poetbay in 2007 when he published ‘I am the Dyslexic Poet’.

Ken, who says he was in the Army for a short time but left because ‘they had enough worries with the Warsaw Pact,’ had two stories published in school magazines but always struggled to be understood.

Determination and a passion for sharing the ‘volcano’ of words inside him have led Ken to share his work, sometimes with the help of spell check but most often not.

He said: “At Hereson we had a school magazine and I wrote a poem based on a story my dad told me about his dad in Gallipoli with the Lancashire Fusiliers, my grandad’s lucky escape and how it is that I am here!

“My dad shared with me his love of books and he seeded in my mind a determination to learn to read, to climb mountains and overcome hurdles. I distinctly remember laying on my parents bed with paper and pen and over and over again, writing my name until I could do it”

Jobs as a miner, then on the railways and an assortment of roles followed but the yearning to write remained. 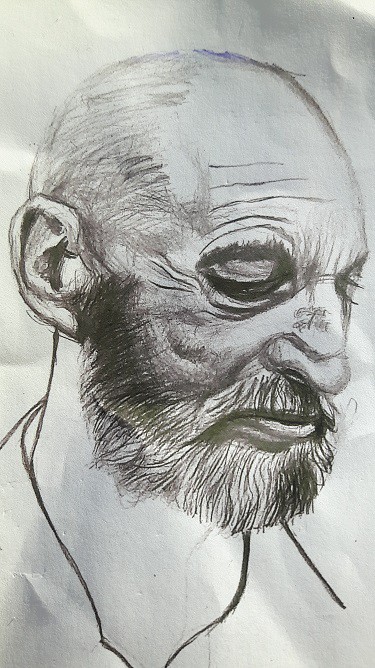 Ken said: “Years later a former girlfriend wrote poetry and I thought I would have a go. Then one day online someone told me about Poetbay. I looked, liked what I saw and decided to write something.

“It encourages me because they (on Poetbay) accept me. I don’t really use spell check because I want people to know who and what I am.

“One lady said she has used my work with those who have dyslexia in her class to show that just because you can’t do the spellings it does not mean you cannot write. I’m quite proud of that.”

Ken says he feels he is surrounded by stories everywhere he goes and feels compelled to share them. He said: “Poetry gives me the opportunity to express myself and I can deal with every possible subject. I write to be read, as Terry Prachett said.

“I have written about World War One, an American woman told me that helped her understand what some of her family had been through and their PTSD even though they refused to talk about their experiences. I like to write about family history and much of my work is stories handed down.

“ I’m inspired by everything. I walk out onto the street and I am walking into someone’s story. One of my favourites in the Loop, there is a story on every journey and I feel robbed if I don’t get an experience to write about!

“And, Poetbay is international, there are people from all over the world and for many their first language isn’t English so they are struggling as much as I am!”

Ken has written hundreds of pieces on the Poetbay forum. Find ken on poetbay.com

I PAINT IN WORDS

I use my words

My finger as brush

The screan my canvas

My PC the palliate

My desktop so resembles

In words I paint of life – & all that makes it so