At least one-third of Kent’s controversial road schemes have been scrapped amid confusion and frustration at attempts for a ‘green travel’ revolution.

Debates about pop up cycle and bus lanes, one-way systems and pedestrianised zones have raged within communities since the installation of the ‘active travel’ schemes last month.

Kent County Council (KCC) has felt the brunt of anger from residents over the trials which aimed to promote walking and cycling, reduce noise pollution, improve air quality and cut rat-runs.

Over a 12-week period during the summer months, a total of £1.6million of government funding has been spent across the county on enhancing 16 road schemes, seven public footpaths and creating 20mph zones.

However, frustrated residents have complained about the lack of consultation and seeming lack of local knowledge from Maidstone County Hall chiefs, with one Kent pub landlord critical of the designation of an area of Albion Street for buses only in Broadstairs, saying: “It is like putting one on Brighton seafront.”

Six trials have been abandoned in Westgate, Broadstairs, Ashford, Dover and Tonbridge and concerns have been raised about existing schemes in Gravesend and Maidstone town centre due to anxiety over potential accidents and major disruption to shop traders through reduced parking space.

The  aim of cutting carbon emissions with less car travel and more walking and cycling could have unified communities but has left them divided. There has been uncertainty over government policy, an eager desire for KCC to press ahead and growing local discontent.

“It’s a situation where we recognise we can only proceed with the support of communities,” said KCC leader Roger Gough (Con) during a virtual cabinet meeting on September 22.

He added: “We are listening and recognising that there are occasions where there are major concerns. We will seek to respond to that.”

His counterpart, KCC highways boss Michael Payne (Con), said all trials were under review and would be removed if they proved unworkable.

On this front, the council has stuck to its word as six trials have been axed following outcry from residents and business owners.

Hundreds of Ashford residents objected to a new scheme which saw a dual carriageway on Mace Lane, Somerset Road and New Street split into one lane for car users and one for cyclists. Drivers branded the trial as “downright dangerous” and one petition garnered more than 1,000 signatures.

Public protests, a petition and pressure from town, district and county councillors saw the one-way system at Station Road, Westgate removed. County councillor Emma Dawson said: “There will be lessons learnt from this and it will set an example for any projects in the future. Community first, consultation first. We have been heard.”

Brendan Bean, who runs the Dolphin Pub in Broadstairs, said the new ‘bus gate’ in Albion Street created near his premises last month was done with no notice.

The 39-year-old said most residents have ignored the new rules because the lane, which was supposed to be restricted for buses, was a local main road. He added that the changes had blocked off access for vehicles to a car park owned by Thanet District Council.

Mr Bean said: “The decision was made from Maidstone without any consultation with us.”

South Thanet MP Craig Mackinlay, who also opposed the scheme, added: “The proposal was ill-thought out from the start and created new ‘rat-runs’ via Carlton Avenue, Lindenthorpe Road, Crow Hill and Nelson Place, increasing distance travelled for no good purpose.” 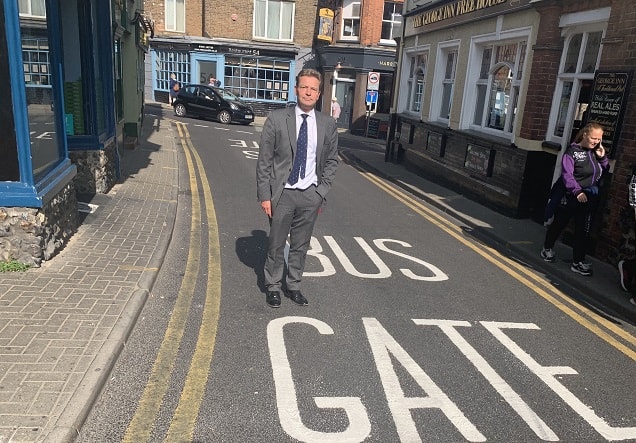 In Dover, a new bus and cycle lane along Maison Dieu Road was withdrawn after drivers warned it was an “accident waiting to happen”.

Elsewhere in the county, two trials along the A26 between A21 Pembury Road and Brook Street, Tonbridge, have been ditched after KCC said the schemes were “designed and conceived at a time when traffic conditions were very different” amid the pandemic.

Currently, concerns continue to be raised about other schemes, including Gravesend’s Mitton Street and Maidstone’s Earl and King Street, which are causing traffic congestion and disruption to shops and businesses.

KCC says it has had to work “extremely quickly” to meet the Government’s request to create new cycle paths and wider pavements, such as in Canterbury’s St Dunstans Street, to ensure people can keep a two-metre distance from each other.

Whitehall bosses have told KCC to deliver the schemes within a set period of time in order to access further funding of £6.4million to create long-term and permanent structures.

This urgency has been the primary justification for not fully consulting with residents and businesses. The council has pointed to the success of semi-permanent schemes in some areas such as Gravesend and Tunbridge Wells.

One of the main successes has been the decision to launch the county’s first “school street” outside Drapers Mill Primary School in Margate, which has seen St Peter’s Footpath temporarily closed to traffic on weekdays between 8am and 9.30am and 2pm to 3.30pm.

Cllr Barry Lewis (Lab), who is a governor at the school, said the scheme has been overwhelmingly supported by residents after weeks of preparation.

He said: “I had already consulted on the issue with many of the affected people.”

KCC said a recent survey found that 70% of people across the country want the green travel changes to be made, hence making it “worth trying and trialling”.

A KCC spokesman said: “We have to be realistic in that the first round of schemes will not satisfy everyone who has made suggestions, but by concept testing, in a way that has not been previously affordable, we have the chance to encourage more cycling and walking and make our roads safer for all users.”

What does the Government say? 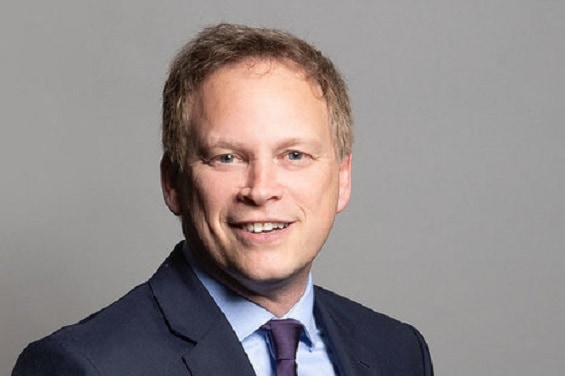 Transport Secretary Grant Shapps and his department set aside cash for local transport authorities to deliver cycling and walking projects, known as the Active Travel Fund at the end of May.

On July 28, the Prime Minister Boris Johnson announced an “ambitious” £2 billion package of funding for this project over the next five years, with £250m to be spent by April 2021.

A spokesman for the Department for Transport (DfT) said: “We expect local authorities to engage constructively with residents to make sure any changes they make, such as introducing low-traffic neighbourhoods, are the right ones for everyone.

“Evidence shows these schemes are significantly cutting rat-running traffic, improving air quality and reducing noise pollution, and increasing walking and cycling. Where they do this, they have attracted strong public support.”

On a national level there have been major problems. A pop-up cycle lane was taken down in Liverpool – after a month – following complaints from drivers over traffic congestion while furious Sheffield business owners launched petitions to get another removed by the council.

UK local authorities have borne the brunt of the anger from all sides as Government chiefs say that “consultation” should take place between residents and councils before putting in place any temporary, permanent or experimental schemes.

However, only £42m has been allocated to local authorities in the first tranche so far, with the remainder £183m yet to be announced as KCC is made to wait for an official response.

The transport department says it has received KCC’s application for an extra £6.4million to create more schemes, but has been tight-lipped over whether this will be approved. They said: “We will provide an update in due course.”

A DfT spokesman added: “We have said from the beginning that we will not fund councils who cannot demonstrate that their schemes will be genuine improvements, and this remains the case.”

Where do we go from here?

“I understand KCC took the £1.6million gift from the government, unfortunately they did not read the small print,” said Cllr Lewis, of Margate.

Despite the apparent urgency of the situation, it surely is not in the interest of local authorities or residents to be at loggerheads over these schemes, particularly in the middle of a pandemic.

It has put KCC into the firing line from all quarters. For some residents, the council is now seen as a distant body who is unaware of the realities on the ground while the Department for Transport remains lukewarm on whether Kent will receive another batch of funding amid the turmoil.

There are almost daily changes and confusing messages around the Covid restrictions announced by the Prime Minister as Boris Johnson is struggling to bring communities with him over his policies, whilst on a smaller level the story seems to be the same with pop-up walking and cycling initiatives.

Wider engagement would maybe have helped garner support for such schemes but the lack of it has resulted in at least one-third of the initial road trials being scrapped due to public discontent and pressure.