More than 1,000 people in east Kent have signed a petition calling on health and care minister Matt Hancock to set aside plans to remove acute stroke services from some hospitals in Kent and Medway. The petition, launched by the campaign group Save Our NHS In Kent (SONIK), claims the lives of local people are now “in the minister’s hands.”

Dr Coral Jones of Save Our NHS In Kent (SONIK) said: “We’d hardly launched the petition and we had almost 600 signatures. This shows how strongly people feel about the issue.”

Dr Jones, a GP, added: “We are appealing to Mr Hancock to fulfil the promise he made last November that the government would invest more money in the hospitals of Kent. We are calling on him to spend more on better care for patients in East Kent, less on managers’ salaries, management consultants and reorganisations.”

A  decision on the location for three hyper-acute stroke units (HASUs) across Kent & Medway was agreed by the Joint Committee of Clinical Commissioning Groups (JCCCG) in February 2019.

The HASUs will be at Darent Valley Hospital, Maidstone Hospital and William Harvey Hospital. Acute services at Margate’s QEQM Hospital will be removed with Thanet patients needing to travel to Ashford instead. 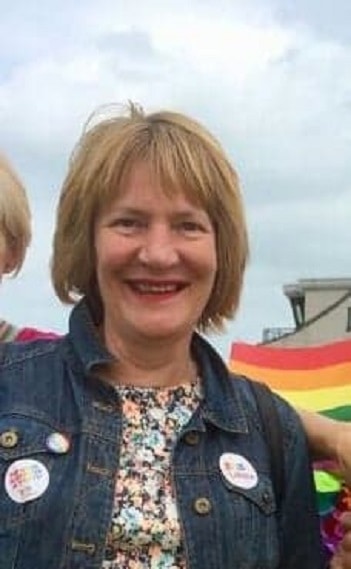 Dr Jones said: “These plans will mean fewer Kent hospitals being able to treat stroke patients, with many people having to travel more than an hour for an emergency treatment. That will result in more deaths and more disabilities.”

However, the Kent and Medway CCG says the plans will mean “the implementation of evidenced-based hyper acute stroke units, which will in turn reduce death and disability from stroke.”

Among other things the SONIK petition asks Matt Hancock to:

Bring the stroke unit back to Margate’s QEQM hospital
Ensure all seven district general hospitals in Kent and Medway — including Margate, Canterbury and Ashford — can be reached for acute care for stroke within 30 minutes, as they can in London
Invest in better pay, conditions and, most importantly, recruitment incentives for NHS staff. 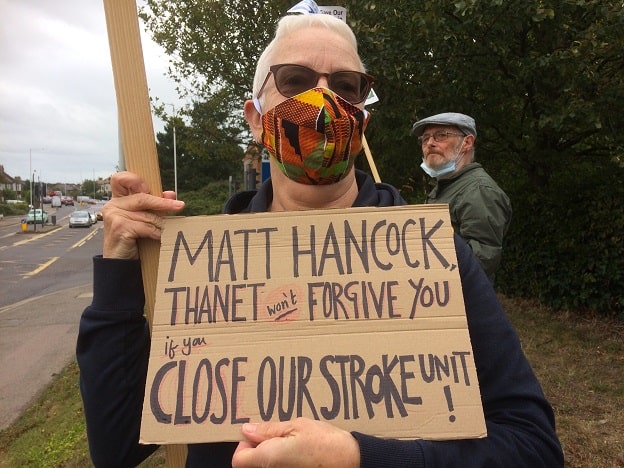 Dr Jones said: “If the current plans for stroke services in this area go through it will be we patients who will suffer. Our lives are in Matt Hancock’s hands. Anyone who wants acceptable standards of emergency care in our hospitals should sign this petition.”

Carly Jeffrey, also of SONIK, added “Very few people seem to be aware that there is one stage of the consultation process left. The Health Secretary Matt Hancock still has the option to save our stroke units. He’s been sitting on a report from the IRP (Independent Reconfiguration Panel) since late 2019.

“He is duty bound to act on that report, and he must make a decision based on the merits of the Kent stroke plans. His verdict can override any decisions made by local NHS bosses. So it’s not a done deal unless Hancock seals the deal.”

A bid to appeal against a ruling to reject a Judicial Review on changes to stroke services in Kent and Medway was refused in August.

The SONIK Stroke Report can be accessed here: bit.ly/2NdADsH

The petition can be accessed here: http://chng.it/sSb46VHpHg

Find out more about the CCG stroke review plan at https://kentandmedway.nhs.uk/stroke/next-steps/