An exhibition exploring homelessness and how people become discarded like old chairs is on display at The Margate School.

Phien previously exhibited at Tate Modern with art delving into the issues of those who are disenfranchised.

The artist, singer and poet comes from a family of Pavee people, best known as Irish Travellers, and spent much time in Medway, Swale, Canternbury and Thanet.

The father-of-four is self-taught and a well-known as a campaigner for the Pavee community and against discrimination based on race, sexuality or disability. He has previously worked with Kent Police to teach how to better interact with Irish Travellers. 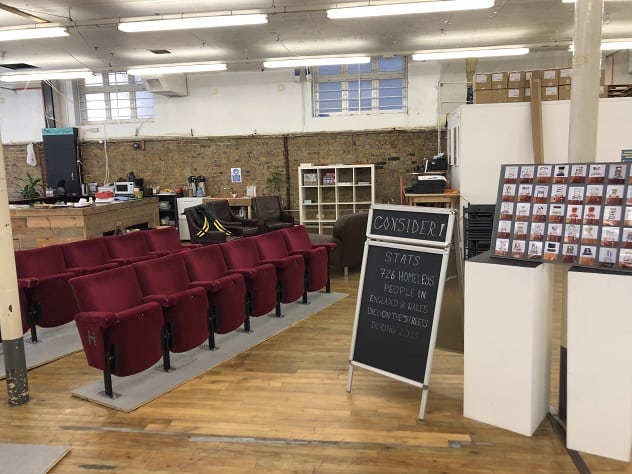 His artistic creations also include plays, a book and photography,

Consider, which runs until October 6, is a show in two parts.

Phien says: “Both parts ask for a deeper consideration of the subject in question than what might be the norm for most people today. 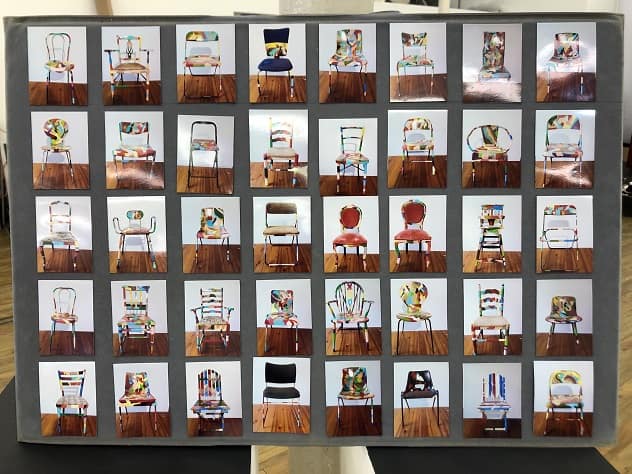 “One part is dealing with the death of homeless people on the streets of the UK. Disposable people left out like unwanted chairs. To be found abandoned on street corners, alleyways shop doorways. Chairs are wanted, needed until they are not and then they are put out, put away, left. 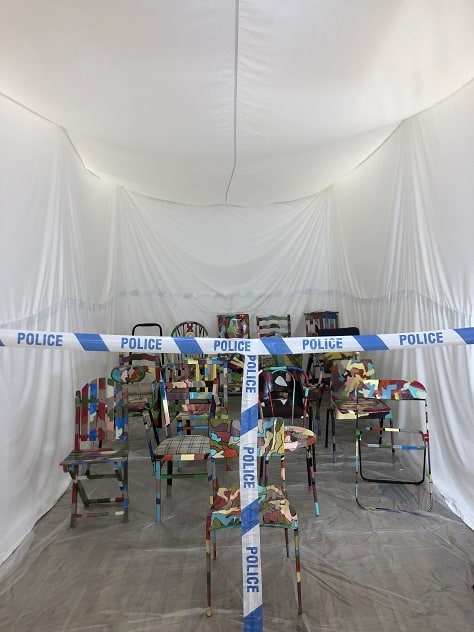 “In this, the clashing colours reflect the emotions of being homeless and of looking to survive another night tainted with danger…a danger of dying from the cold, from assault from the lack of the will to live to face another day.

“The encroaching black signifies the creeping early death and ill-health that can often be seen in the eyes, the demeanour and the lack of self-care of the homeless. A homeless person lives among us cheek to jowl until they don’t.

“The other part is spiritual, in the way of reincarnation. The belief that life begins when it ends and death ends when life begins. 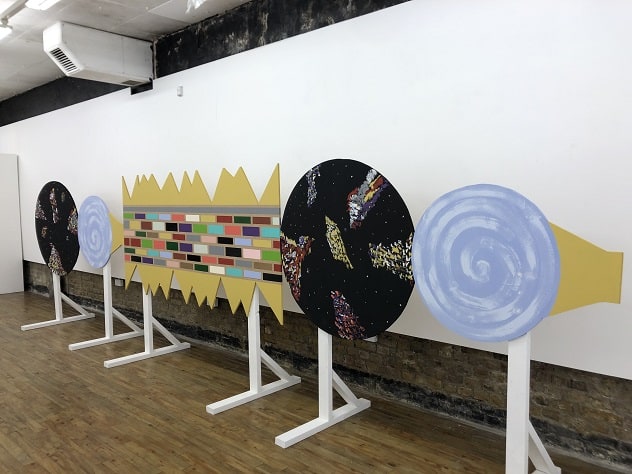 “The circle of life and death, the soul emerging from the black unknown to the blue of being reborn into another life and series of experiences.

“The ups the downs, the ins the outs, the good the bad of existence in the body and then finally back to the black of the unknown, unknown to us while we are in the blue of experience.“

The Margate School is at the former Woolworth building in Margate High Street.