What would you do if an empty tent appears near where you live?

A few streets away my front door, a tent has materialised on a patch of grass. Though this is unfortunately becoming an increasingly common sight throughout Thanet, I only happened to stumble across this particular tent as I was walking that way. The door to the tent was open, but there was no one inside. Then I heard a voice say, “Have you seen that?”

I turned around to see a dog-walker a few metres away, one hand holding the dog’s lead, the other pointing towards the tent. The dog-walker told me that some people were living out of the tent. They would come by after sunset, apparently.

Now, my first instinct was to come back when the occupants of the tent were there, so I could say hello (from a responsible two-metre social distance), ask if everyone was well, and see if anyone needed anything. At the very least, I might be able to point in the direction of the RISE project, or Porchlight, or one of the many other support services available to people facing homelessness.

I asked the dog-walker if they had done any of that.

“I don’t go out in the dark,” the dog-walker said, “so I haven’t actually seen them.”

I asked how they knew the occupants come here in the evenings, if they hadn’t seen them. Then I found out something strange.

A lot of my neighbours—not necessarily on my street, but in the local neighbourhood, including the dog-walker—are part of an online group. They all talk about what is going on in the area, who forgot to put their bins out, when the bins were last collected, who needs a replacement bin, how to defend bins from the seagulls, and other bin-related gripes. They also gossip (a lot) about the states of buildings and gardens, bonfires, trees, dog poo, joggers, cyclists, and now they were talking about the tent.

I asked what was being discussed about the tent, and discovered that out of the hundred or so members of the group, only one had said they were going to check on the occupants. The rest of them were all complaining that the tent was in their neighbourhood and not in a different one. They were saying it brings the place down. They were acting like the elusive occupants weren’t people, but pests. Nefarious creatures that only come out at night. Vampires.

If you are facing homelessness, you are not vermin. You are not an evil being that sucks the life out of others. You are a person in a difficult situation, one any of us could face in the future. You deserve compassion, not vilification.

Unsurprisingly, I turned down the dog-walker’s offer to join this group. It is not something I want to be part of.

You could say that it’s not fair for me to judge the people in that secret neighbourhood group, but then they were judging the people in the tent without even asking for their side. How many other groups exist online, like that one? They could be a wonderful resource for sharing and helping others, supporting the community, but instead seem to be a collective rant targeting whoever doesn’t live up to unwritten standards. As someone who doesn’t care about those kinds of standards, let alone reach them, they can judge me similarly.

“Do unto others as they do unto you.”

That sounds fair to me. 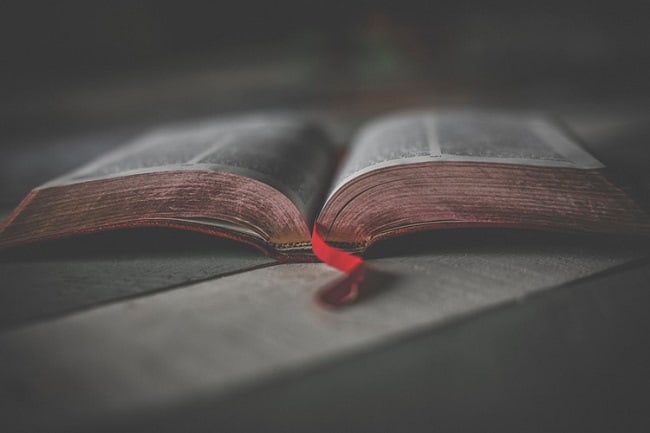 It’s a quote from the Satanic Bible, and as good a quote as any to use to remind you I’m still here. Admittedly, I have been a little quiet of late, but there’s nothing like getting shortlisted for an award (for the second time) to remind a writer they have a job to do. I’m a Finalist for Kent Columnist of the Year 2020 at the Kent Press and Broadcast Awards. There are four finalists in my category, and three of them—Melissa, Jane, and myself—write for this paper. The odds are very much in The Isle of Thanet News’ favour, and all of us are rooting for each other as much as ourselves.

I get judged all the time: in my life, in my job, in my writing, for my opinions. As this column is an opinion—my opinion—it is therefore, by default, not right, as there is no absolute in a subjective variable. Opinion and fact are very different things. One is a personal view, the other is a proven truth. Confusing the two leads to all kinds of problems, which are unfortunately very common these days. Facts can only be changed with evidence, but opinions are perspectives based on emotional reaction.

This column will be judged, commented on, argued with, and rightly so. Someone forced to live in a tent, however, is not a matter of opinion.

As for the tent, it remains a mystery. I went back in the evening but there was still no one around, so for now I’m walking that way regularly and keeping an eye on it. If I see anyone in it, or outside, I’ll go over and check they are alright. That’s what I would hope someone would do for me, if it was my tent.

What would you do if an empty tent appears near where you live?