By Jodie Nesling and Kathy Bailes

Plans have been revealed for the former Primark building on Margate seafront – with group People Dem Collective aiming to transform it into a cultural centre.

People Dem Collective is a community organisation based in Margate  which was behind the organisation of two Black Lives Matter demonstrations in Thanet this Summer. The group promotes and campaigns for racial equality.

The group says its aim is to facilitate systemic change, promote healing and continue the work of ancestors with the creation of space, engagement and inclusion for Black, Brown & Diaspora communities.

People Dem Collective is raising funds to support the development of a new national cultural centre planned for the former Primark on Marine Drive. It is one of the proposals that have been submitted to the Margate Town Deal Board.

Co-founder Kelly Abbott  said the aim is to “deliver culturally rich programmes that include identity, heritage, history, hair, music, art and food. The programmes will be for everyone to engage in and learn about the cultural experience of ‘others’ with a focus on British Black and Brown people and Roma/Travellers.”

There will also be enrichment programmes for young people, the LGBTQIA+ and neuro-diverse communities and the older generations to pass down their stories.

The centre will feature a flexible educational space, a Black British and Roma/Traveller archive, a permanent exhibition and performance space, a radio station and podcasting suite, a family-friendly restaurant and beachside cafe, little learners play area and studios for artists-in-residence.

People Dem Collective is working with local partners on a capital bid. A fundraiser, with a target of £30,000 has currently reached just over £23,000. There are four days of the campaign left to run. 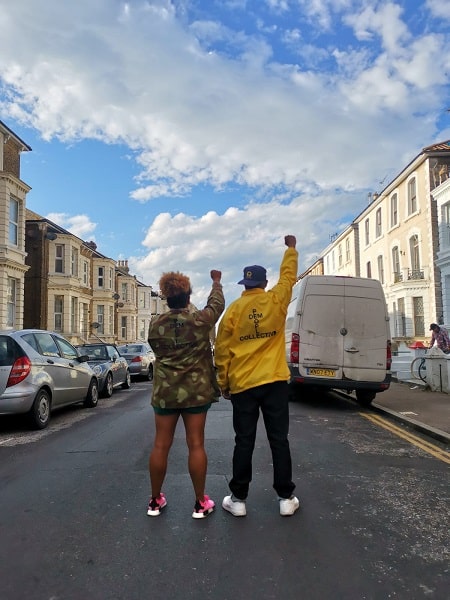 Planning permission was granted to create mixed retail, offices, a bar and restaurant and flats at the site in 2017.

SIR Investments Ltd, which bought the property in 2015 for £600,000 plus £120,000 VAT, was proposing a two-storey roof extension, internal alterations including new stair wells at upper ground floor and first floor level, change of use of existing first floor and use of new second and third floors as residential, comprising 11 duplexes and apartments.

SIR Investments also wanted to create 11 flats and maisonettes at the site, retaining the ground floor for commercial, bar and restaurant use. The canopy on the upper ground floor was to be removed.

Skateparks, pedestrianising streets and rewilding the coastline are just some of the other ideas put forward to be considered as part  of Margate’s Town Deal funding bid.

In September last year, Margate was shortlisted as one of 101 towns in England that could potentially benefit from up to £25million of funding from the introduction of the new Government Towns Fund.

The money is to be used to drive economic development, focusing on urban regeneration, improved transport, better broadband connectivity, skills and culture.

The council has brought together a Board, including representatives from public and private sectors, that is required to develop and submit a Town Investment Plan by the end of October.

The plan needs to focus on urban regeneration; planning and land use; skills and enterprise infrastructure and connectivity.

The Board received a staggering 96 proposals following a public call-out to send their ideas.

Proposals put forward including the pedestrianisation of parts of the Old Town and improvements to the Theatre Royal which would create a new Creative Quarter.

Other schemes include collaborations with smaller groups for strength in numbers. Simon Bell is an Interior Architect and put together The Cliftonville Coastal Project – an  overarching document that features 31 different proposals from a variety of community groups.

Should the scheme be included in the towns  investment plan, a new Coastal Trust may be established to administer the funds.

Simon says it was heartening to see so many different groups collaborate to produce an array of inspired proposals . He said. “We have a real chance to create something fantastic along our coastline. Just a small part of this investment would go a very long way here in Cliftonville while dramatically improving the experiences of our community and visitors alike.

“I would like to thank ABC,  ARTRA, DSARA, GRASS, Walpole Bay Swimmers and everyone who submitted their plans voluntarily and in their own time.”

Graham Razey, Chairman of the Margate Town Deal Board says although the proposal process has been slow it will now be all hands on deck in a race to meet the deadline with a strong investment plan. He said: “The slow burn is about to reach a powder keg, as the Board is now set to start unleashing a flurry of activity as we move towards October.”

He added: “So it truly is an exciting time for Margate, and I’d like to rally as many of you who are as passionate about the place as we are, to get behind the Town Deal Board and the project we’re undertaking. Growth and regeneration is about so much more than simply building shiny towers, or investing money and resources. It’s about the people who make the place.”

Cllr Ruth Duckworth,  Cabinet member for Estates and Economic Development, said:  “This is a very exciting time for Margate, with huge opportunities presented through funding from the Towns Fund. The money isn’t guaranteed so we need to prepare the best possible Investment Plan. The more people get involved, the stronger this will be.”