All proceeds from a single released today (September 25) by talented new artist Jazze will go to the children of QEQM nurse Aimee O’Rourke who tragically became one of the first healthcare professionals to die of Covid-19 in April 2020.

Aimee, who was just 39, died in QEQM hospital’s Critical Care Unit on April 2 after contracting coronavirus. The Margate mum left behind daughters, Megan, Mollie and Maddie.

She was described by colleagues as “a kind and caring nurse” who had “ a really special relationship with her patients and colleagues.”

Aimee’s death and the situation of her three girls moved Jazze and co writer / producer Herb Middleton to donate every penny from the sales and the streams of her debut single “It’s Our Love” directly to them.

Jazze said “We hope to raise enough money to make a difference to help Aimee’s children in some way”.

Bigger Management & Big Records, who look after the artist, said: “ We have all been touched or affected in some way by the Corona Virus, the tragic loss of life in the UK and beyond has been horrific. 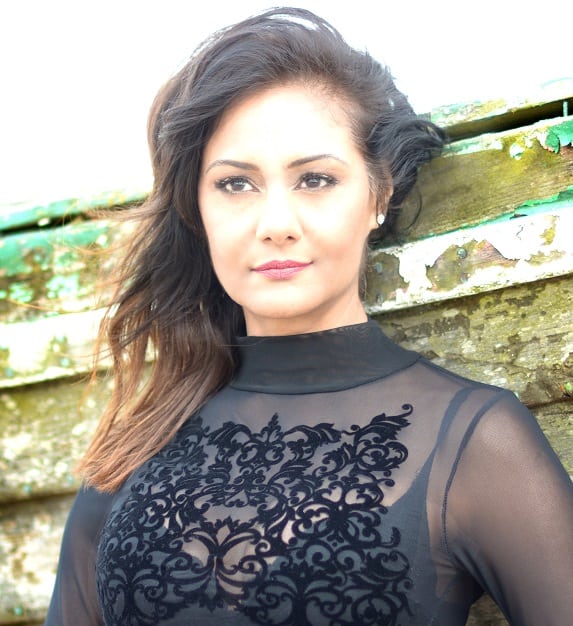 “But imagine this, losing your loved ones, family or friend whilst they are trying to save the lives of others, it just doesn’t bear thinking about how cruel that is. Sadly there has been a lot of deaths to NHS workers, nurses, doctors, front line workers, all of which have been heart wrenching.

“But there is this one story in amongst them all that has particular consequences that has tugged at so many heartstrings and that is the death of a 39-year-old single mum Aimee O’Rourke, Aimee leaves behind three children, Molly, Megan and Maddie. Three children that have not only been left without their much-loved mother but also the income that she was bringing in for the family unit.”

The single “It’s Our Love” has already received a lot of airplay on all major soul and jazz radio shows and stations across the UK and has in excess of 150,000 organic views on the lyrical video before it was decided to give the track to the family as a charity single.

The song is the lead single from the much-anticipated debut album from Jazze “So Good Inside”.

Jazze says it is the ideal tribute to someone as wonderful as Aimee as her family love the track as well.

Aimee’s daughter Megan said: “We appreciate every single nice thing said and all thoughts that have been with us since mum passed. We may have lost our mama but I as the middle child was blessed to have had my mum for the 18 years and I know my sisters feel the same for having been blessed to have her as our mum for the years we individually had with her.

“I wish everyone could have met her because she has made such an incredible impact and its given positivity to untold amounts of people and that means the world.

“May our beautiful mum rest in eternal peace and we will forever be honoured to be her daughters! Our mum’s a G and always will be and so are you all…. party people.”

The singer gained the interest of American producer Herb after he heard her voice on the underground R&B anthem from the R&B pop group 2Klose “Tell Me”. Over the next 18 months they wrote several tracks together, as well as Jazze writing tracks on her own.

Jazze first had the taste of recording success with her sister Romi when they formed pop act Romi & Jazz and become the first Asian female act to be signed to a major label in the UK, with Chrysalis Records.

After a sabbatical from music Jazze picked up her passion for writing again when she was given an iPad for a birthday present.

Download the single from Apple I-Tunes, Amazon and all digital download sites. For less than a £1 it could make a huge difference to Aimee’s daughters.