When Ethel Tumber (nee Doughty) was born soldiers were fighting in the First World War, King George V was the UK monarch and  Cecil Chubb bought Stonehenge at  auction for £6600.

Yesterday (September 12) Ethel celebrated her 105th birthday at her home in Cliftonville.

She was born Ethel Joyce Doughty on September 12, 1915, in Godwin Road.

She was the youngest of 10 children and is the only one left of those ten.

She later moved with the family to Prices Avenue where all the children were raised. The Doughty family had a well-known building firm in the area in those days.

She married Mervin Tumber in 1940 and they moved to a flat where Tesco is now in Northdown Road. 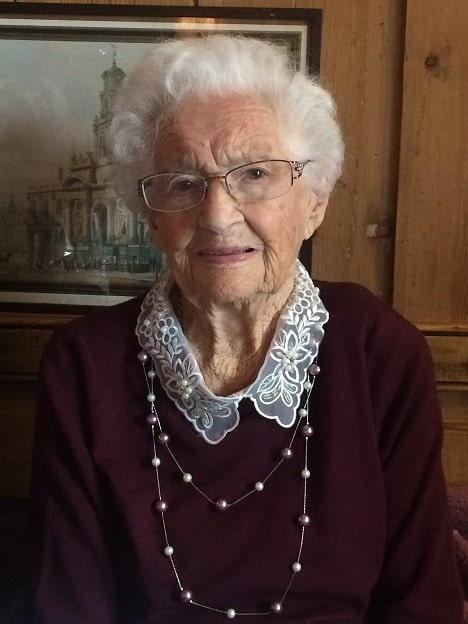 They owned the ladies hairdressers on the ground floor.  When the flats were taken down to make way for the supermarket they moved their business to Pamela’s across the road and moved into the flat above the shop.

When they closed the shop they moved into Laleham Gardens.

Ethel was among the locals who went to Margate beach during the D Day landings. She helped dress the wounds of the soldiers who landed after they were evacuated from Dunkirk. 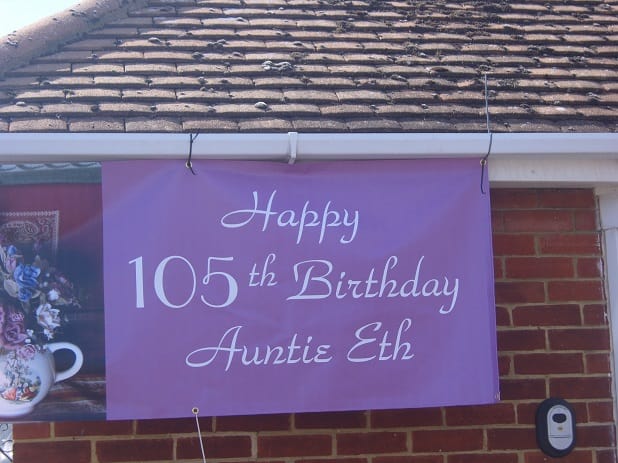 Ethel does not have children but is from a large family with plenty of nephews and nieces scattered across the country and abroad.

The sprightly 105-year-old still lives in her own home with the help of carers. She marked the big day with family at her home.

King George V was on the throne

H. Asquith was the Liberal, and then Coalition, Prime Minister

9 January – World War I: German zeppelins bomb the towns of Great Yarmouth and King’s Lynn for the first time, killing more than twenty

24 April – the FA Cup is won by Sheffield United F.C., who defeat Chelsea 3–0 in the final at Old Trafford, Manchester. The competition will now be abandoned until the war is over.

31 May – World War I: Zeppelins raid London for the first time

21 September – Cecil Chubb acquires Stonehenge at an auction for £6600. He is the last private owner of the monument, which he donated to the government in 1918