An application to build 41 flats and four houses in Cliftonville will mean demolishing existing businesses and the flat of a family who have lived in the premises for almost 16 years.

Applicant Neil Shepherd has lodged documents with the council asking for permission to knock down St George’s car garage and dealership, which is housed in a mock Tudor building with a residential flat above, and workshops running from 2-12 Harold Road and encompassing past of Norfolk Road.

Planning documents state: “The removal of the existing commercial garages will provide a use which is more in-keeping with the surrounding redevelopment, improving the amenity of neighbouring residents in terms of potential noise and the overall outlook.”

The site falls into two conservation zones, Norfolk Road and the Clifftop Conservation area. Part of the land was previously terraced homes.

The application says: “We propose that it is appropriate to return this site to its former residential use and believe that this would have a positive and uplifting influence on the area.” 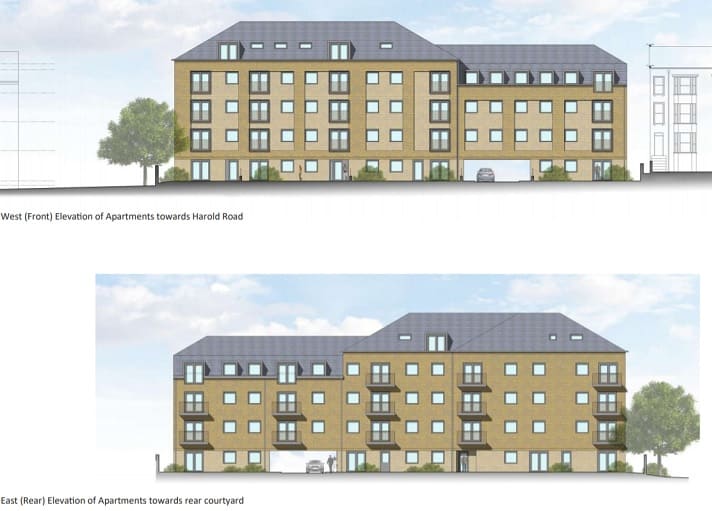 However, concerned Harold Road and Norfolk Road residents say the plans have too much ‘density’ and the number of flats and houses is too great for the plot.

A spokesperson for the group said: “It is a huge development. We all get that people need houses but as well as being too dense this development looks to be low quality. We feel Cliftonville deserves better than this.

“We love the richness and diversity of Cliftonville, that is why we live here, and we realise houses need to be built but this is not a good design.

“The Local Plan talks about raising aspirations in Cliftonville and not having one-bed flats so we are not sure this fits with that.

“There should be quality of life for people. This is also a mock Tudor building, not everyone will like that design but it is a 100 year old building.

“There are also the businesses and the flat which has a family who have lived there for 16 years. We could be looking at a loss of 20 jobs from the businesses, with one being there for 11 years.

“The businesses only found out about the plans when they got a letter through the door. As well as that there is a 40 year old Holk Oak on the site and there is a little wildlife bit with bats and dragonflies. It may seem small but all that will go as well as the enjoyment we have of it as residents. 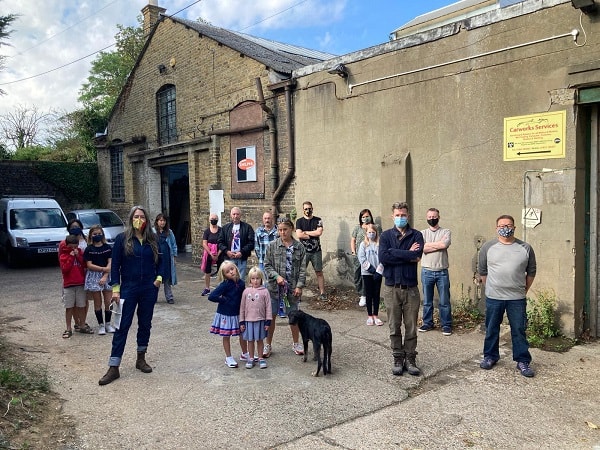 “In these uncertain times the eviction of these businesses is really hard on them- it will make it more difficult to get a bank loan/ a bounce back loan or even now join government apprenticeships schemes that might even employ more local staff.

“With Walpole Bay closing for the winter, due to the knock on effect of Dreamland not opening and people not using the local hotels and Tom Thumb not being able to open due to the restrictions on live performance, this is not a great lift in confidence for Cliftonville, an already deprived area.”

The flat above the garage has been home to Lawrie Munt, her husband and son and daughter for almost 16 years. She said: “We only found out when the yellow placard went on the telegraph pole. It was only a chance meeting with a resident that led to us finding out about the plans, which we have now objected to.

“If it comes to it we are going to have to leave our home and find somewhere else which isn’t going to be easy.

“The plan is for a lot of homes, which will mean pressure on schools, the hospital, and doctors when there are already empty properties near here.”

The planning documents state there will be provision for 45 car parking spaces, plus cycle spaces and new landscaping and tree planting.

The plans are yet to be approved. Find details on Thanet council’s planning page reference F/TH/20/0802