A few hours after Joan Jarrett was born in Margate hospital to an unmarried mother, she was placed in a motorcycle sidecar and taken to the Westgate home of her foster parents, a couple who were to take care of Joan until she married some 21 years later.

Last weekend Joan celebrated her 100th birthday and was well enough to read a telegram from the Queen and enjoy chocolates, biscuits and other presents from family and friends.

Due to coronavirus restrictions, Joan’s family was allowed to speak to her only through a window at the Devon residential home which she moved to in recent years, while her son, Ian, and his family, had to cancel a planned trip from Australia to celebrate the 100th birthday.

A life that began with a ride in a sidecar reached 100 years in equally bizarre circumstances: marked with a microphone speaker chat with family members the other side of a glass window. 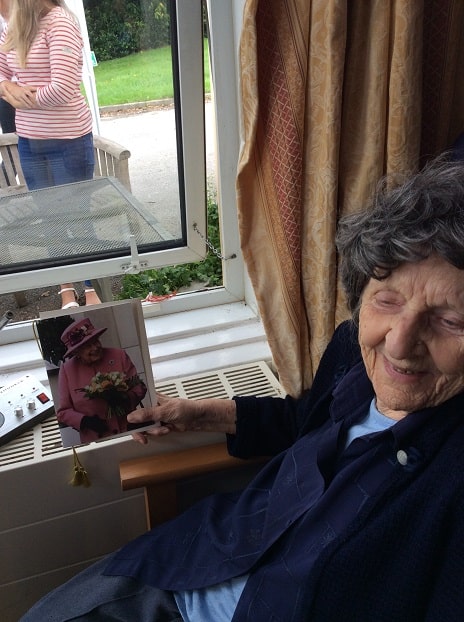 Joan, whose maiden name was Chinn, attributes her longevity to her tough upbringing:  money was scarce, so she was sent to queue up for stale bread and collect coal for the fires at Westgate Working Men’s Club, where her foster father was manager.

She attended St Saviours CoE School at Westgate and always spoke well of the experience and the love and care of the teachers.

She had limited contact with her real mother although she often spoke about trips to the Bell Inn at Minster where her mother’s father, Archie, was the landlord.

Joan became an usherette at the Regal Cinema in Cecil Square, Margate, and while working there she met her future husband, Ron Jarrett. He worked for the Inland Revenue after leaving the RAF, played football for Birchington and cricket for Margate Taxes. 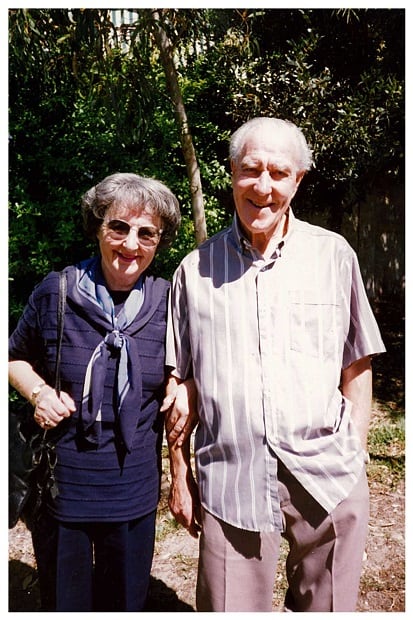 As Joan would later say of her marriage, “What I lost on the swings as a kid, I more than gained on the roundabouts with my marriage to Ron.” Ron died in his early 80s.

Joan continued to live in Bierce Court, Birchington, at the age of 98, still walking in all weathers to the Minnis Community Hub where she rediscovered the colouring skills she learned as a child.

As well as son Ian, Joan has two daughters, Brenda and Christine, four grandchildren, James, Nicola, Kelly and Louise, and two great grandchildren, Alice and Fletcher, along with a niece, Vivien, who lives in Birchington.