A petition has been delivered to Thanet council by residents who want an end to the traffic and parking chaos in Botany Bay.

Following a public meeting last Summer, attended by around 200 angry residents, a group from affected streets got together to consult with Thanet District Council and relevant agencies. The aim was to find a solution that would ease the traffic and parking blight suffered by residents in a way that would be acceptable to a majority of people living in the area. They then took the proposal for a solution to fellow residents so they could have their say.

Of around 600 addresses around 80 % support a resident parking scheme. The petition was delivered yesterday (August 20).

Group spokesman Alan Munns said: “ It was a challenge under lockdown conditions to be able to speak to so many neighbours, but there’s a real determination among everyone to find a solution to the parking madness.

“The TDC scheme is normally designed for town centres near busy shopping centres. We sincerely hope that Thanet and KCC will see sense and listen to residents’ concerns with a residents’ parking scheme that suits a seaside community with large seasonal visitor numbers.”

Residents have complained of physical and verbal abuse from drivers jostling to park as close to the beach as possible. 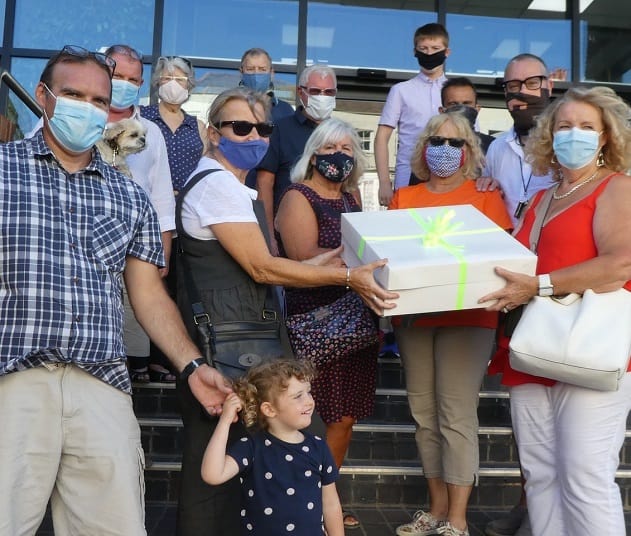 Resident parking permits would cost around £74 per year. Blue badge owners could park without a permit as long as the badge is displayed in the car window.

Thanet council has stepped up enforcement in the area with both its own officers and a private security firm.

Alan said: “The community has had an opportunity to make its voice heard. We just hope KCC and TDC are listening and will finally act to alleviate the problems.”