Tomorrow (August 15) is the 75th anniversary of VJ Day – Victory over Japan Day – the end of all hostilities in the Second World War. Peace arrived in Europe in May 1945 but those fighting in the Far East continued until Japan’s surrender in the wake of the Hiroshima and Nagasaki atomic bombs.

VJ Day has been marked in Westgate with an installation on the green near to Westgate Library. The installation has been created by residents Lorraine and Richard Hambidge.

The couple previously made a VE Day sign, made from recycled materials, alongside soldier silhouettes that they installed in time for last year’s Remembrance Sunday.

A banner creation has also been made by Cliffsend resident Beryl Harrison and is due to be displayed outside her home in Beech Grove.

The banner is 11ft 6’ long and 7ft tall and includes an epitaph, Burma Star and figures of sea, air and land forces. There is also an old wooden gas rattle used by the ARP wardens to warn of a gas attack which has been signed by wartime sweetheart Vera Lynn. Beryl met Vera several times prior to the singer’s death in June.

Beryl, 80, said: “I am not an artist but I like making things. It is my tribute to all those who lost their lives. We must never forget those we have lost.”

An American at RAF Manston

Thanet resident Peter Roger has received the memoirs of an American serviceman who was captured by the Japanese and remained a POW until his release at the end of the war. He has released the tale to coincide with VJ Day.

Peter said: “In 1951, whilst still serving in the UAAF, he was sent to RAF Manston where the story takes on a local dimension.

“Having taken up his post with the 123rd Fighter Bomber Wing RAF Manston, Master Sergeant Earl Graham learnt that an English Japanese POW was running a restaurant in Broadstairs, whom he decided to track down.

“The two men met, and a lifelong friendship began.  Although the two men have died, their children continue to be extremely close.

“The memoir describes his observations of the English way of life at that time, and the attitude the inhabitants had towards the Americans through the writer’s eyes, the natal medical care at the time which, although resulted in the loss of a child, ultimately ended happily with the birth of a daughter in Ramsgate Hospital.

“The writer refers to local pubs, local characters, and photos of the area.

“The American ultimately succeeded in becoming a very much respected Ambassador for his country as evidenced by the local press of the time.

“Moreover, it is the story of a deep friendship that was fostered between two men of totally different backgrounds through time and time again.” 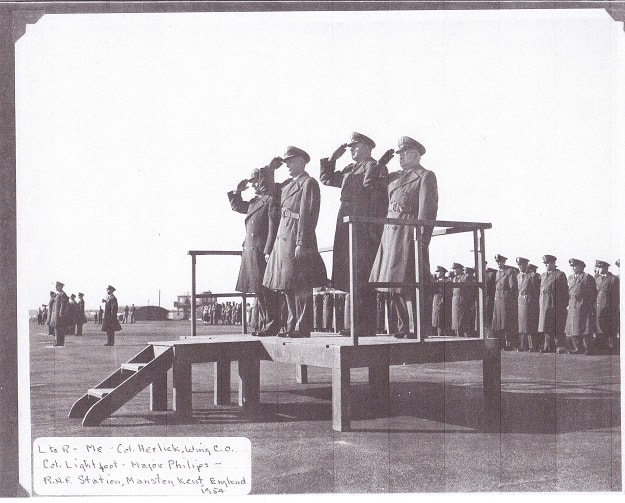 A fascinating account of life at RAF Manston and Broadstairs between 1951 and 1955, written by USAF Master Sergeant Earl Graham, has been found in Arizona USA.

The following passages are but a tiny selection from a series of dossiers that MS Graham wrote down before he died and those who knew him feel are appropriate for sharing today.

Master Sergeant Earl Graham had been a Prisoner of War with the Japanese for four years. As a professional serviceman he was not released from the military at the end of the war. 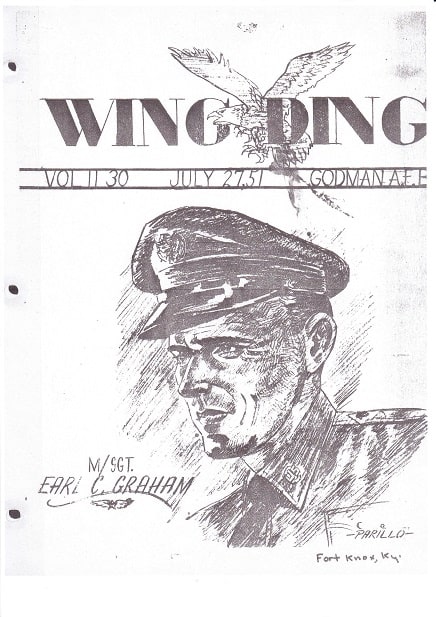 In November 1951 he was sent overseas again, but this time to a destination he was keen to visit, namely the UK.

“The 123rd Fighter Bomber Wing arrived at Manston on the afternoon of 9th December 1951.

The facility was far from being like our air bases in the States. In comparison, Manston looked like it was a movie set with the time, place and date of World War One. 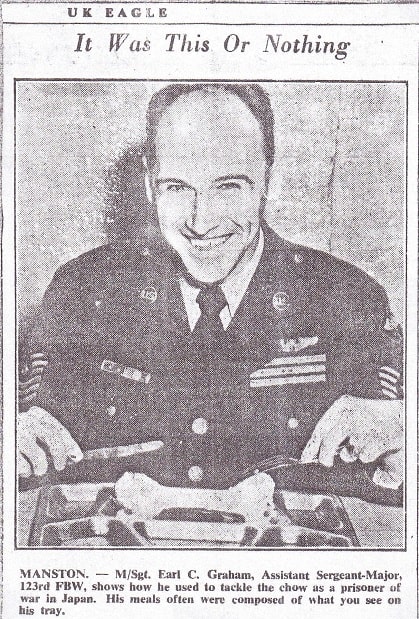 Colonel Artery addressed the men by telling us why we were here. We were told that upon our arrival in Europe we automatically became a member of the “First” team, a great team of many men from many countries. That our country has demonstrated its trust in us by making us a ” starter ” on that team and it was up to us to justify that faith.

Our basic purpose for being there was to ensure the peace, not to wage war, however we must be prepared to fight with every facility at our command”.

During our tour of overseas duty, the base at Manston will be our “hometown” a home away from- home. I thought to myself, home was never like this.

The English are rather shy but once the ice is broken they are staunch and true friends. I was  to find out that anyone who went through what they did in WW2 had to be courageous, strong of mind and character and very tough if necessary. 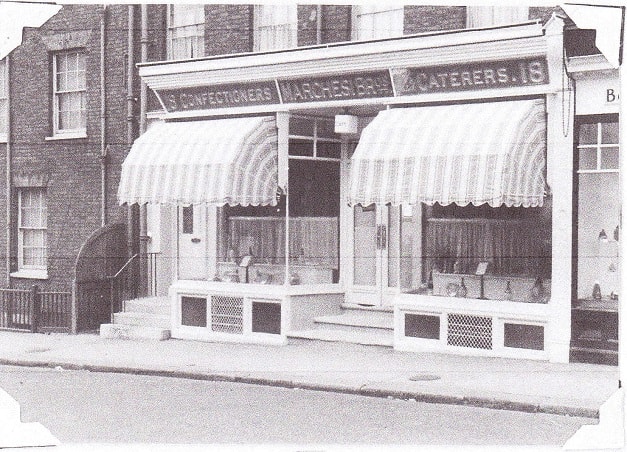 There was only one restaurant in the town of Broadstairs that was open not only throughout the war, but the only one that stayed open now throughout the winter months, Marchesi Brothers in Albion Street, and I had heard that the son-in-law had been a Japanese POW like me. Peg, my wife, and I went to the restaurant one evening and I asked the man who took our order if he had been a Japanese POW, he said “yes”, and I said me too. His name was Eric Roger.

It was the beginning of a beautiful friendship that was to last throughout the years. Eric and I would go to the pub every night called “The Ye Old Crown” have a few beers, play darts with some friends. Such friends as Colin King whose family came from way back, then there was Victor Hornsby, Turf Accountant, Norman Smith owner of the pub and Mr A Anderson the chemist and many others.

Most English people thought that Americans were loaded with money, but one evening instead of going to the Crown we all decided to go to the Captain Digby a couple of miles from Broadstairs. We were all a little short of money but by walking one way we could save a little money we could have a couple of beers or a Gin and Tonic and still have enough money left to ride the bus back to Broadstairs! When we came to pay for the bus ticket we found we must have had one drink too many as we couldn’t raise the money for the fare, it did not matter the old bus driver let us off anyway.

Our daughter was born in the Ramsgate General Hospital on the Seventh of November 1954.

We named her Mary and her christening was at the RAF Manston Station Chapel. There were more than one hundred people at the ceremony. The Rogers’ closed the restaurant for the afternoon so the party could be held. Champagne, wine and liquor flowed like water with plenty of food to top it off. 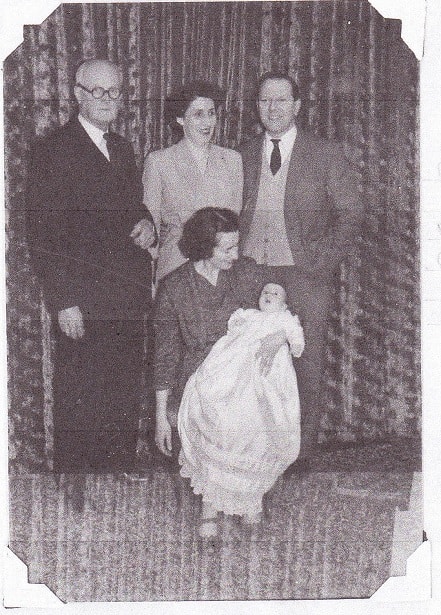 Western Esplanade then to Dumpton Gap. No more walks over the cliffs to the Captain Digby and finally it meant no more evenings at the “Ye Old Crown” drinking with all our friends.”