Photos and video by Carl Hudson

Campaigners from Save Our NHS in Kent have staged a demonstration outside QEQM Hospital today (August 1).

The group is campaigning for nurses and health and social care workers to receive a pay rise.

Nurses are in the final year of a three-year pay deal and due a rise next April, but unions want the Government to show its appreciation for NHS staff by bringing it forward to this year.

Nearly 900,000 workers across the country will get a rise this year, with teachers and doctors seeing the largest at 3.1% and 2.8% respectively recognising their efforts on the frontline during the battle against COVID-19.

Police and prison officers will both have a 2.5% rise in pay. The Armed Forces will receive a 2% uplift. 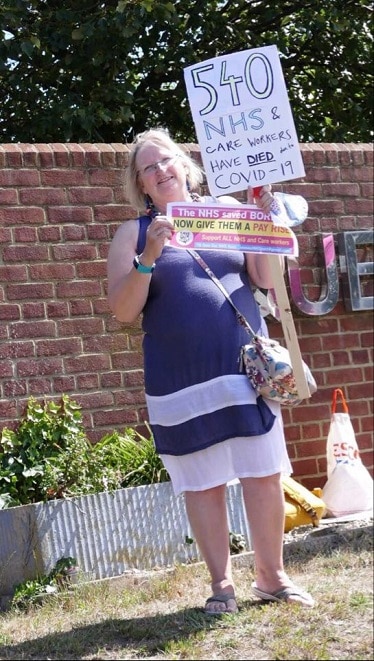 But one million NHS workers were told they “continue to benefit from the three-year Agenda for Change pay deal,” and will receive an average 4.4% rise this year. 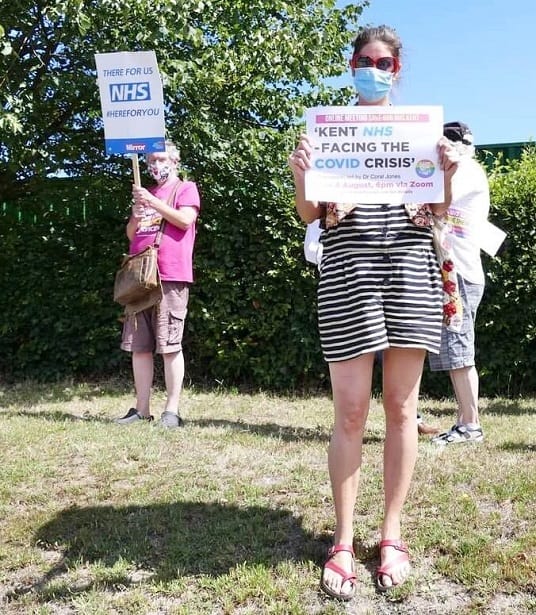 However, nursing bodies say the vast majority of frontline nurses received just 1.65% in April this year – the last rise of the multi-year pay deal which saw the average take-home salary of a Band 5 nurse rise by just 7%.

A survey by the Royal College of Nursing (RCN) found a rise in nursing staff who have considered quitting the role, with poor pay being one of the main reasons. 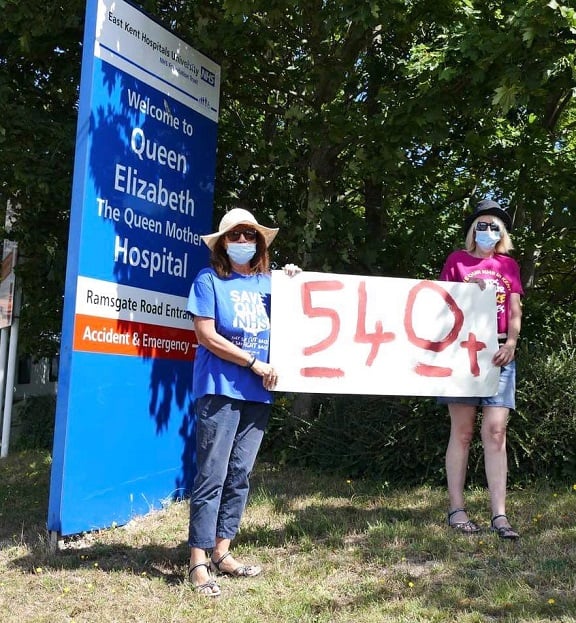 Sonik say: “More than 540 Health & Social Care Workers have died from the Covid virus this year.

“The UK has the highest recorded healthcare worker death rate in the world. There is no pay rise from the government for them. Clapping won’t pay their bills. These are the people who made the ultimate sacrifice.” 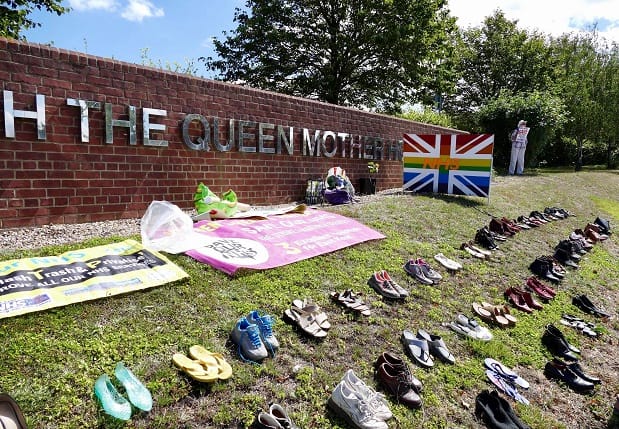 The protest included shoes laid out on the grass verge to symbolise those frontline workers who have died during the pandemic.