A Thanet photographer is appealing for help after her classic 1968 Morris Traveller car was stolen – twice in 24 hours.

Eleanor Marriott parked around the corner from Ramsgate railway station on Thursday (July 30) but yesterday found out the car had been taken sometime during the evening and then dumped nearby in the pay and display parking area on Station Approach Road. The window had been smashed and the ignition was damaged.

Eleanor said: “When I reported it yesterday the police said that CSI might want to visit it so I should not touch it and should leave it there until the next day.”

But the car was stolen again some time between 5pm last night and this morning. 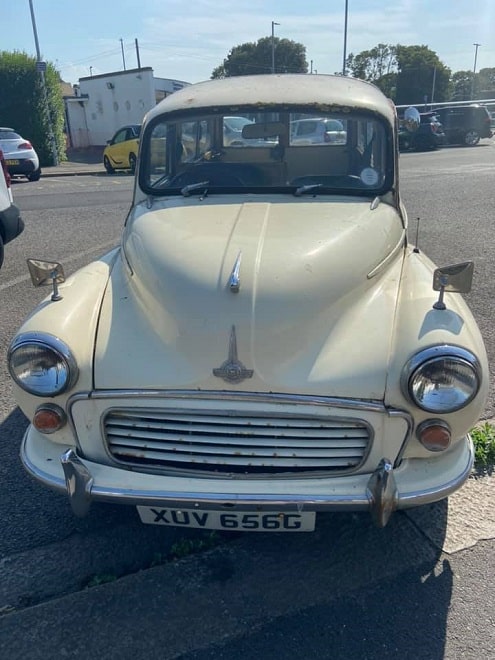 Eleanor said: “I went to pick it up this morning and it was gone! I checked with the police and they haven’t moved it, so it looks like it’s been stolen – either by the same folks who took it for a ride the day before or by someone who saw the broken side window and forced ignition and took a chance.

“He’s probably been dumped somewhere but no-one has seen him as yet.”

In a bid to track down her vehicle Eleanor posted photos and a plea for help on facebook today. The post has had numerous shares and Eleanor has praised the “great community help.”

A Kent Police spokesperson said: “Police are investigating after a car was tampered with in Ramsgate between 11pm on July 30 and 3.50pm on  July 31.

“The car had been parked overnight in one of the parking bays, when the owner went to collect it the vehicle was damaged and had been driven into another car. Officers are currently investigating to ascertain if the crime was captured on CCTV.”