‘This is Margate’ is a new virtual exhibition that looks at what people say about the town. Through a selection of texts from sources such as social media, newspapers and magazines, the exhibition shows how people have reacted to the changes since the launch of the Turner Contemporary gallery.

The exhibition is the brainchild of isle-born academic Dr Christopher Anderson, who is based at Canterbury Christ Church University.

Dr Anderson left Thanet in 1985 before moving back to the area permanently in 2001. As the new millennium progressed, he became more and more fascinated with what people were saying about his hometown.

He said: “On visits back to family and friends during the 1990s, I noticed how much the area was declining economically.

“When I moved back to Margate, I could see the plans for opening Turner Contemporary had potential as a stimulus to regenerate the area. As the regeneration happened with new people moving here, I was intrigued with how people were writing and talking about Margate and the online conflicts that emerged.”

He says he first noticed this with what became known as ‘Pizzagate’ in 2012 where there were tensions between locals to Margate, and those who had recently moved here, pejoratively known as ‘DFLs’.

This led Dr Anderson to carrying out research based on a collection of over 1,000 texts that in some way or another deal with Margate, which were put together by him and his research assistants. After presenting his findings at conferences in the UK, Mexico, Portugal and Finland, as well as publishing on it, he decided he wanted to find what the people of Margate think.

He said: “I decided the best way to do this would be by exhibiting a selection of the texts. Working with Westcoast CIC in their new Studio 2, we have created an interactive exhibition where the public can comment on the social media links.” 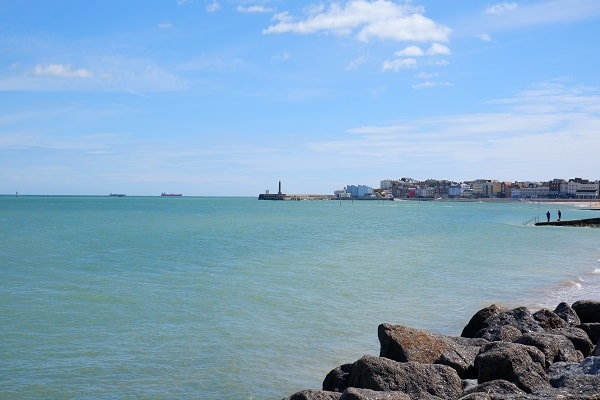 There will be larger follow-up live exhibitions in the spring of 2021 at Studio 2 – based at Olby’s Soul Cafe- which will include more texts. Margate residents will have more opportunity to comment in writing and in a video diary room. There will also be a host of other events taking place at the seafront venue, including discussions, talks and gigs.