A Thanet nature expert is urging people to stay away from the Pegwell Nature Reserve where it meets the mouth of the River Stour due to the damage being caused to the resident seal colony.

Nik Mitchell, from Minster, says despite the area being protected seals are regularly being disturbed by jet-skiers, dog walkers, horse riders, kayakers and others.

He says this means the animals are panicked into plunging into the water when they should be warming up. The result can be injury or even starvation as their hunting time is reduced.

Nik, 37, runs the Wildlife Conservation in Thanet page on facebook.

He has created a video (below) explaining what happens when the seals are disturbed and how this affects them.

Possible evidence of the damage caused by disturbances is the discovery by a dog walker of four dead seals at Cliffsend over a two week period. The bodies are understood to have been removed by the RSPCA.

Nik said: “Seals are starting to pup right now and they are having a bit of a hard time.

“It is the worst year for disturbances of seals and lots of disturbance means they can’t fish so the reason for more deaths is lots more disturbance this year although we can’t say for sure without post-mortem.

“Also our seal colony is doing quite well so the more seals we have, the more dead ones we are going to see washing up.”

Sheila Stone, from the British Divers Marine Life Rescue (BDMLR) said: “We’ve had cases of this previously where people thought there were many dead animals in a short space of time but actually some were the same carcasses being reported as different ones.

“Disturbance is definitely a serious issue for marine wildlife as there are more people at the coast generally (both local population and tourism) as well as more water-based activities like kayaking and paddleboarding too.

“People need to be much more aware of the stresses that the animals are put under not just from their own interaction but also from the cumulative impacts of repeated interactions with many different coast/water users on a daily basis. It’s important at this time of year that seals are left alone as they are caring for young, and any disturbance can cause them to become separated. 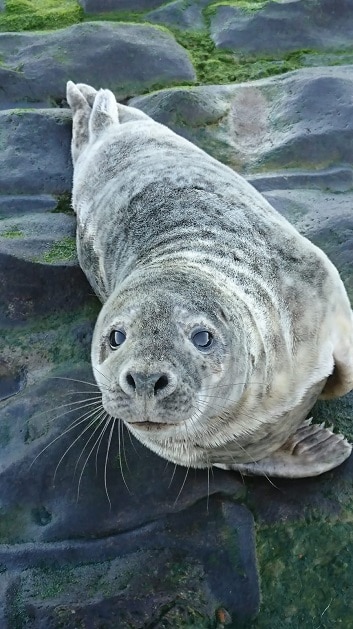 “It is currently the birthing season for Common seals. Greys birth in the winter between October and February. We have had quite a few underweight pups in recent weeks, this is probably due to being separated from mum.

“Mum will leave pup on beach to go and get food, but if there are too many people around she will not return. We have also had some serious issues with people returning the pups to the sea. This is inadvisable, because they are usually very underweight, and therefore, have no blubber to keep them warm, they will then most likely die of hyperthermia/exhaustion.

“They will only come out onto public beaches because they need help. Their general behaviour pattern is to stay away from busy places. 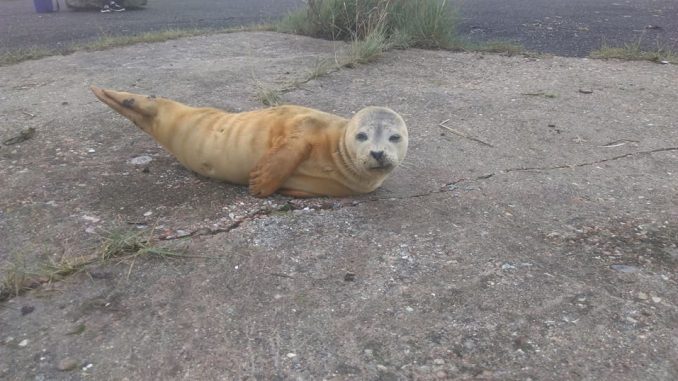 “Because we now have a healthy colony of seals, that are increasing in population, you will see more dead seals. This is still the same percentage that has been seen in the past, it just means that there are more, as the population is bigger.

“We are always happy to go to deceased seals if we can, and we will spray them with a biodegradable spray, this will enable it to be recognised and then we can check if it is the same seal or a different seal.”

There are Grey and Common seal colonies at Pegwell, going into the River Stour estuary, and at the Goodwin Sands towards Deal.