Tributes have been paid to one of Margate’s most exuberant and much-loved characters, Lana Vanzetta, who has tragically died following a fall yesterday (July 27).

Lana was the owner of creative space Margate House, helping to regenerate the lower part of the High Street and a true Thanet tour-de force.

Originally from Canada, Lana bought the landmark building following a four-year hunt for the perfect location. Formerly known as the Old Burton’s building she completed a lengthy renovation and opened it in 2015 as a gallery and arts-based projects space.

In the first year the venue hosted photography exhibitions, theatre shows, and live music. Since then it has partnered with the Theatre Royal to hold pre-show talks, been part of the Margate Festival and was a venue for the first Thanet-wide feminist festival POW! Thanet.

Christina Clark-McQuaid, POW! Founder, remembers Lana’s infectious personality and passion for culture-led change. She said: “Lana was a member of our very first POW! management team and all our meetings were held in her space in what we called the Old Burtons (Margate House).  She was such an amazing character – funny, whacky and deeply committed to the cause of helping women and girls through creativity.  I feel so sad that her life has ended in this way.”

Lana worked with a variety of charities in London with a particular interest in two separate themes, refugees and mental health, and many events held at Margate House reflected this.

A popular campaigner on the town’s issues she regularly met with the Margate Town Team. Team chairman Richard Ash wrote a tribute, saying: “We send our deepest sympathies to her family and all her friends in Margate, she always had opinions, stood for what she believed in, bought and turned her building around, and made a success of it in a very short period of time.

“She was in great spirits for the future. Our kindest thoughts to all involved with her, this will be a deeply felt loss for all.” 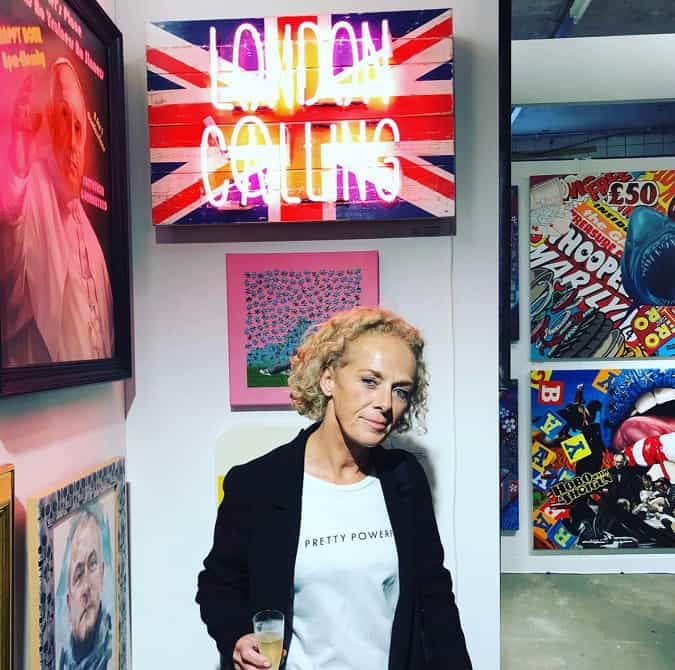 Lana had exciting plans for the Autumn including starting an MA with neighbouring building The Margate School. Uwe Derksen, School Director, says they are all in shock. He said: “It is so, so sad about Lana, she had just been accepted on our MA degree course. She was so excited about starting in October. It is quite upsetting. We are all shocked here at TMS.”

Lana was a popular face around the town, often seen out walking her French bulldog. A huge champion of community events she was a regular volunteer at the Gordon Road Area Street Scheme (GRASS Cliftonville).

In a statement GRASS shared a touching tribute, remembering a kind-hearted spirit who enjoyed making others happy. They said: ““Lana has been a huge supporter and friend of us here at GRASS Cliftonville. At each of our events she volunteered and took the most amazing photographs and really brought our community events to life with her talent.

“Lana was actively involved in the GRASS children’s Christmas party and always said that capturing the smiles and excitement on the kids’ faces made her day. We will miss you Lana our thoughts go out to her family and friends.”

Late last year, Lana announced she was planning to use space behind Margate House to create a new community garden – a testament to her commitment to socially motivated projects and her continued efforts to make Margate a better place for all.

A tribute written by Lana’s father on behalf of the Vanzetta family in Canada says: Our family is deeply saddened and in mourning over the death of our loved one: a daughter, a mother, a sister and an aunt.

“She has left a huge hole in all of our hearts. Lana had recently joined us in the loss of her beloved brother Ron on May 24.

“The family wish to thank the people of Margate including the Mayor for their kind words and insights into the amazing woman she was.  Lana had found  her forever home in your beautiful town. Also we thank all the first responders who tried to save her and to the witness who called in the fall.

“Special thanks to Lana’s personal friends who helped and supported her while she made her home in Margate. I was fortunate to meet some of you and I share your grief.

“To our darling Lana: Death may have taken you out of our sight but nothing can dim your Bright Light or take you out of our hearts. We will treasure our memories of you forever more.”

Lana sadly died from injuries suffered following a fall from an upper window of her building, Margate House. Police are not treating Lana’s death as suspicious and a report will be prepared for the coroner. She leaves behind a son and many friends.