A Broadstairs family are appealing for people to come forward if they have video footage or other evidence of a car that mounted the kerb in Botany Road on Wednesday(June 24) and, they say, narrowly missed two children.

Claire Brownlie and her mum Lorraine Hudson say nine-year-old Kaiya Brownlie could have been hit by the vehicle if it wasn’t for the quick actions of her friend Archie pulling her out of the way.

At around 4pm Claire, her daughter Kaiya and friend Archie, Lorraine and Archie’s mum Angie were in Botany Road when an impatient 4×4 driver mounted the pavement and drove at speed past other cars.

Lorraine said: “While we were standing outside our property a driver who got fed up waiting for the traffic mounted the pavement, narrowly missing my granddaughter’s friend’s mother.

“In his haste to get away the driver shot down the pavement at speed towards my granddaughter, it was only because of the quick thinking of Kaiya’s friend who pulled her to safety that she didn’t end up in hospital.

“I have witnessed many drivers mounting pavements to pass congested traffic, narrowly missing my car. The police have said as there was no CCTV footage the most they can do is have words with the driver.

“Something needs to be done before there’s a fatality.” 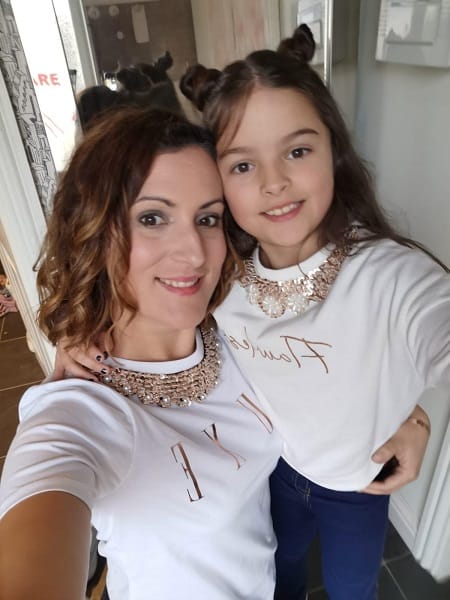 Kaiya’s mum says if there is video footage of the silver vehicle, thought to be a Mercedes. that she can show to police there would be a greater chance of the driver facing sanctions.

A Kent Police spokesman said: “Kent Police was called at 4.10pm on Wednesday 24 June  to a report of dangerous driving in Botany Road, Kingsgate.

“A silver 4×4, thought to have been a Mercedes, was said to have mounted the pavement where pedestrians were walking. No injuries were reported.

“Officers attended and are carrying out enquiries.”

You can also call the independent charity Crimestoppers in Kent anonymously on 0800 555 111, or complete the online form at www.crimestoppers-uk.org

Lorraine says that following a complaint from the family over a lack of action to pursue the incident police are now due to take statements.

She added: “They have sent an officer on a bike who is monitoring the road and yesterday they closed the road briefly as it was so congested.”

The road is regularly hit by traffic chaos throughout the Summer months as people wanting to go to Botany Bay park in the road, often blocking access. Yesterday residents reported the highest volume of visitors to date.

Yesterday a fire crew attempting to reach the bay after a report of a barbecue fire became stuck due to the solid parking either side of the road.

Resident Rob Knight said: “Had that been a house fire it would have potentially been a total loss- it took the appliance a good 15 minutes to get through the pinch point alone.”

Residents in the Botany Bay area are being asked to take part in a consultation aimed at solving the ‘parking hell’.

Last year a public meeting was held to discuss the problems and talk about using a residents’ parking permit scheme to resolve the issues.

Resident parking permits would cost around £74 per year. Blue badge owners could park without a permit as long as the blue badge is displayed in the car window.

Consultation forms have gone to residents in: