Emergency services are currently at the scene of a gas leak in Margate’s Old Town and three people have been taken to hospital for checks.

The area is currently closed off. A resident spoke with one of the officers who said they are still trying to find the source of the leak. 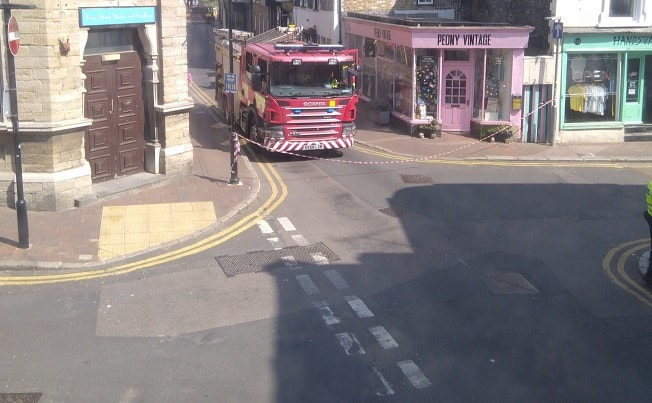 Fire, police and gas engineers were called to the scene in King Street early this afternoon and are still in attendance.
A South East Coast Ambulance service spokesman said: ” We were called by Kent Fire and Rescue. Two ambulance crews attended the scene and three patients were assessed and treated at the scene before being taken to QEQM Hospital for further checks.”
A Kent Fire and Rescue Service spokesperson said: “Kent Fire and Rescue Service was called at 1.34pm today (23 June) to assist gas engineers at a property in King Street, Margate. Two fire engines have been sent to the scene.”