The heartbroken parents of two sisters stabbed to death by a stranger in Wembley have spoken of their devastation and made a plea to the public to help police catch their killer.

Mina is a retired British Anglican priest  and was appointed as a trustee to Ramsgate’s Project MotorHouse in 2017.

They have made the following statement: “The greatest fear of any parent is that they will outlive their children. What makes our situation unique is that two adored sisters were murdered together on the same night. The grief we feel is palpable, our beautiful and talented daughters gone. Although there was a large age gap between them they shared a lot of the same interests.

“They were both very much interested in the Arts. Bibaa a hardworking professional was an exceptional Senior Social Worker and a passionate advocate for safeguarding vulnerable children and families. Before qualifying, and to earn some extra cash, she would transport disabled children to their activities. At her side in a car seat she would have our granddaughter who was only a couple of months old. Her passengers loved them both, she knew all their names and Bibaa would have them singing as they drove along.

“Bibaa loved her family and she was proud of her parents’ gifts and talents. Bibaa’s father, Herman having been a former ABA Featherweight Champion and Business Man setting up his own Building Contracting Company. As her mother, she admired my moving from office agency work to training to be a teacher and then to train later for the Priesthood. Bibaa was just barely five foot but she had the heart of a lion and a smile that would put Blackpool illuminations to shame.

“Nicole being the youngest of three sisters was a joy from the moment she entered this world. Nicole saw beauty in everything; she had a very calm and positive attitude towards most things in life. She was a strong advocate for Humanitarian causes and saving our planet. Her father Christopher and I would laugh together agreeing Nicole was a child of the 60s. She was an amazing Photographer, Actor and Singer. Her speaking voice was silky smooth.

“Her voice teacher at school had said she should do radio or TV presenting. Friends and family all agree she was beautiful both inside and out. Nicole was incredibly laidback and very approachable. Nowadays we would be referred to as a ‘Blended Family’ but that is not how we see ourselves. It is not something we would be happy to be said of us. Bibaa and Nicole were sisters whose untimely deaths we will spend the rest of our lives trying to come to terms with.

“The tributes for our girls keep flooding in; it has been comforting, heart-breaking and at times overwhelming. Faith and prayer is keeping us going. I’m not sure how we’d get through this without it. ‘The bond that links your true family is not one blood, but of respect and joy in each other’s life.’ Richard Bach.

“The pain we feel as a family is so deep no words can express how we are feeling. This has had a devastating impact on our lives and each day gets worse to think our daughters, Bibaa and Nicole, are not with us and that they have been brutally killed by someone.

“We are appealing to anyone who may have seen, heard, or know something to please contact the police who are investigating what has happened to our daughters, Bibaa and Nicole.” 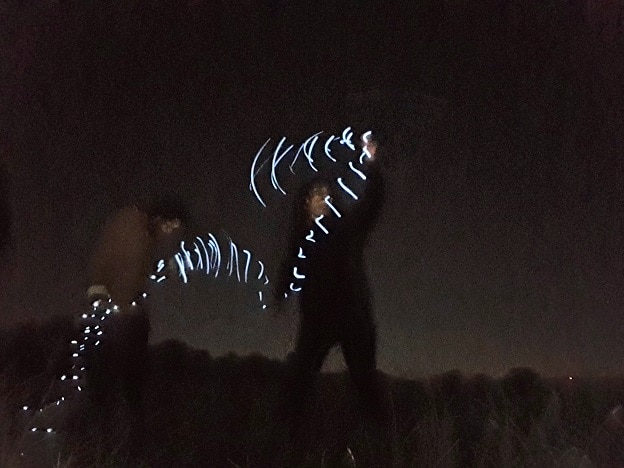 Detectives have today (June 19) released two photographs taken by the victims prior to the murders which they believe could assist with appeals; as their determined efforts to identify the attacker – now confirmed to be male – continue.

Detective Chief Inspector Simon Harding, who is leading the investigation, said: “Following our most recent appeal we received over 100 calls from members of the public who provided information which my officers are now in the process of going through. We are very thankful for this response, and want it to continue. Extensive searches are ongoing at the scene and we are discovering more evidence all the time. Any motive for the murders remains unknown, and we are exploring all possibilities.

“The meticulous work carried out by our specialist search teams has led to the recovery of a number of items belonging to both Nicole and Bibaa. This includes both of their mobile phones, which were found in a pond some distance from where they were discovered.

“We already knew that Nicole and Bibaa had been alone in the park from about 00:30hrs on Saturday, 6 June. I can now confirm that the last contact they are believed to have had with family and friends was at 01:05hrs. They were in good spirits and taking selfie pictures, listening to music and dancing with fairy lights until at least 01:13hrs.

“Those lights created a distinctive pattern, as the two images we are releasing today show. This in itself may have been noticeable to local residents and other users of the park. Did you see the lights at the time and if so can you remember where you were and whether you saw anything suspicious? Calls to the victims at around 02:30hrs went unanswered.”

“We have seized a considerable amount of CCTV from around the perimeter of the park and in surrounding roads, however if you have CCTV or dash cam footage and live locally or were out in the area and have not been contacted I urge you to get in touch.”

Detectives say the suspect received a significant injury/injuries during the incident.

DCI Harding continued: “The victims were much loved sisters who were very close despite their age gap. They were surrounded by friends and family and it’s unimaginable what they are going through. For their sake and the sake of the wider community we need to identify and apprehend the suspect as soon as possible. And we need help from the public to do that. So please do contact us with any information you may have which could assist, no matter how small. Someone out there knows something. I would ask them to look into their conscience and question their protection of an individual who has robbed a family of two beloved women.”

Police were called to Fryent Country Park in Wembley at 1:08pm on Sunday, 7 June to a report of two women found unresponsive.

Officers and the London Ambulance Service attended and the sisters were pronounced dead at the scene. Their bodies were discovered next to each other in a treeline.

A post-mortem examination conducted on Tuesday,  June 9 gave the cause of death for both women as stab wounds.

Nicole and Bibaa were in a group of people who congregated in the park from around 7:40pm on Friday, 5 June to celebrate Bibaa’s birthday.

Gradually people are believed to have left throughout the evening; by around 00:30am only Nicole and Bibaa remained. Officers believe they were murdered within the next couple of hours.

Both Nicole and Bibaa were reported as missing to police late on Saturday, 6 June when they did not return home; before they were discovered on Sunday.

Detectives from the Specialist Crime Command (Homicide) are investigating, with the assistance of officers from the North West Command Unit.

Anyone with information regarding the incident is asked to call the incident room on 020 8721 4205, via 101 or tweet @MetCC quoting CAD 3160/7Jun. Alternatively information can be provided online via https://mipp.police.uk/operation/01MPS19Z02-PO1. We also have access to interpreters who can assist if English is not your first language.

Information can be provided with 100 per cent anonymity to the independent charity Crimestoppers on 0800 555 111.