Margate Caves has been announced as a winner in the  Royal Institution of Chartered Surveyors (RICS) Social Impact Awards.

RICS say the winning entries exemplify the key role that surveyors have played in creating better places to live and work, and the innovation and collaboration that goes into ensuring the best result.

Margate Caves took the top prize in the South east Heritage category. The site will now be put through to the national final in September.

The category looked at the conservation, renovation or restoration of a single building or a group of buildings or structures.

Margate Caves was nominated by its surveyor Betteridge and Milson. The architect was Kaner Olette and the developer was BREEAM Construction.

Extensive work included an archaeological dig, renovation of the murals and the cave structures and the creation of the new community building and café. Graphic Alliance worked on plans for the Interpretation on the site and High Peak Geotechnical  carried out stabilisation works. 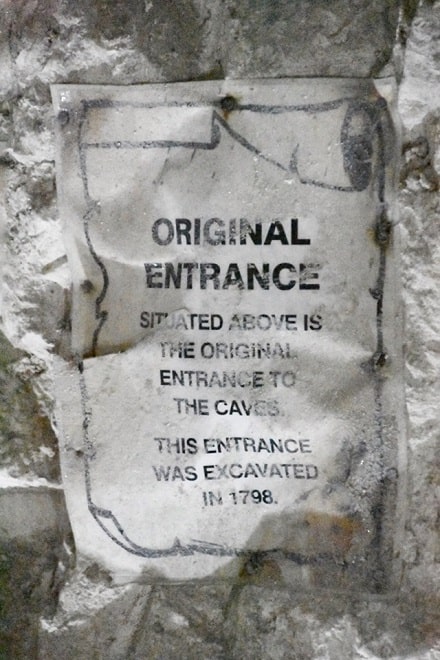 The new building includes a large community room with kitchens that can be used either as a whole or split into two.There is also an interpretation room, with disabled access.

For people who can’t access the caves there are to be tablets so there is a digital tour with images of the site and paintings.

Graffiti at the site dating back as far as 1808, such as some from a member of the Dutch Royal Navy dated late 19th/early 20th century, has been retained and the ice wells and fresh water – at high tide – can be seen. Even the old entrance created by Forster is evident.

RICS judges said: “Two local Trusts were formed to raise funds to reopen these Georgian caves following their closure for safety reasons in 2003.

“Their campaign raised £10,000 locally and received £1.5m from Lottery Funding to reopen caves, make safe at the cost £100,000, and to build in this much deprived area, a community centre, café, meeting rooms and museum.

“The centre, run by volunteers, offers a full range of activities for education and reemployment, day and evening centres as well as access to the reopened and improved caves.”

Caves centre manager Kayleigh McMahon said: “We are very happy that we have won the South East RICS Social Impact Award for heritage. The awards recognise the built environment’s positive and transformational contribution to society and the range of projects and initiatives that showcase the very best from across South East.

“We are very proud to have been nominated for this award and are grateful to everyone who has helped us get this far, including the team at Betteridge & Milsom who nominated us for this prestigious award.”

Keep up to date with Margate Caves on facebook here